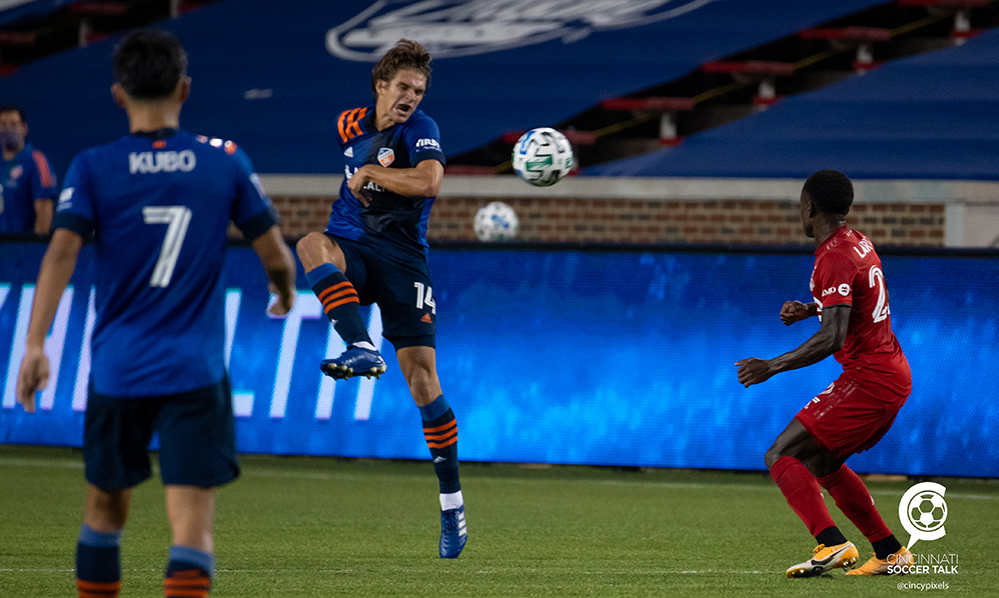 FC Cincinnati hosts Columbus Crew SC on Wednesday in the fourth Hell is Real Derby of the season, pending COVID-19 test results for the Crew.

Three years ago, when FC Cincinnati was still in the USL, a Hell is Real Derby bout with in-state rival Columbus Crew SC was a novelty. The enthusiasm from both fan bases was apparent, and excitement was brimming.

The fourth Hell is Real Derby of 2020 is scheduled for 7:30 p.m. Wednesday at Nippert Stadium, pending the results of COVID-19 tests after two Columbus staff members tested positive over the weekend. It’s fair to say folks on the southwest side of the Interstate 71 sign aren’t exactly jumping for joy given the results of the previous three matches.

The Crew (9-3-4, 31 points) have fallen back to Earth a bit in the Eastern Conference standings. They’re winless in their last three and most recently fell 2-1 at Montreal last week but still sit third. And they have a decided derby advantage, with a 4-0 win in MLS is Back Tournament group play, a 0-0 draw at Nippert in August and a 3-0 win in Columbus in September. FC Cincinnati has not won in this rivalry since the first meeting in the 2017 U.S. Open Cup.

FC Cincinnati (3-10-4, 13 points) is 13th in the league and is in contention for its second straight wooden spoon, ahead of only D.C. United by two points. The Orange and Blue are winless in their last five and haven’t scored in almost a month — Sept. 19 at the New York Red Bulls, 455 minutes ago. It’s the second time this season the club has gone at least 450 minutes without a goal.

To make matters worse, the injuries keep piling up. Mathieu Deplagne and Przemyslaw Tyton came off during Sunday’s 1-0 loss to Toronto FC. They join Greg Garza, Jurgen Locadia, Kendall Waston and Maikel van der Werff as not medically cleared to play as of Monday, according to club game notes.

If FC Cincinnati wants to stop its skid against Columbus, it will have to do so without a few of its regulars. The Crew have their own injury concerns, with Darlington Nagbe, Eloy Room, Vito Wormgoor and Lucas Zelarayan not medically cleared to play according to a media report.

Don’t rely on a bailout
FC Cincinnati was initially awarded a penalty in second-half stoppage time on Sunday when Allan Cruz went down on contact in the box. It seemed the Orange and Blue were just a penalty kick away from taking a point with a draw before VAR reversed the decision. After the match, coach Jaap Stam said simply, “We need to make our own luck.”

More minutes for the newcomers
FC Cincinnati’s newest pieces are becoming more acclimated to the system. Winger Alvaro Barreal started and played 64 minutes on Sunday, and midfielder Kamohelo Mokotjo subbed on and played the entire second half. As they continue to see more minutes, can they help the club end the scoring drought?

Flexible formations
Whether for squad rotation or performance, it’s hard to say, but Stam pulled Frankie Amaya and Brandon Vazquez at halftime on Sunday and shifted from a 4-3-3 to a 4-2-3-1 with Joseph-Claude Gyau playing up top. It hasn’t always led to a result, but Stam is not afraid to switch things up if need be. Stam has used 4-3-3, 5-3-2, 3-4-3 and 4-2-3-1 formations since taking over in Orlando.