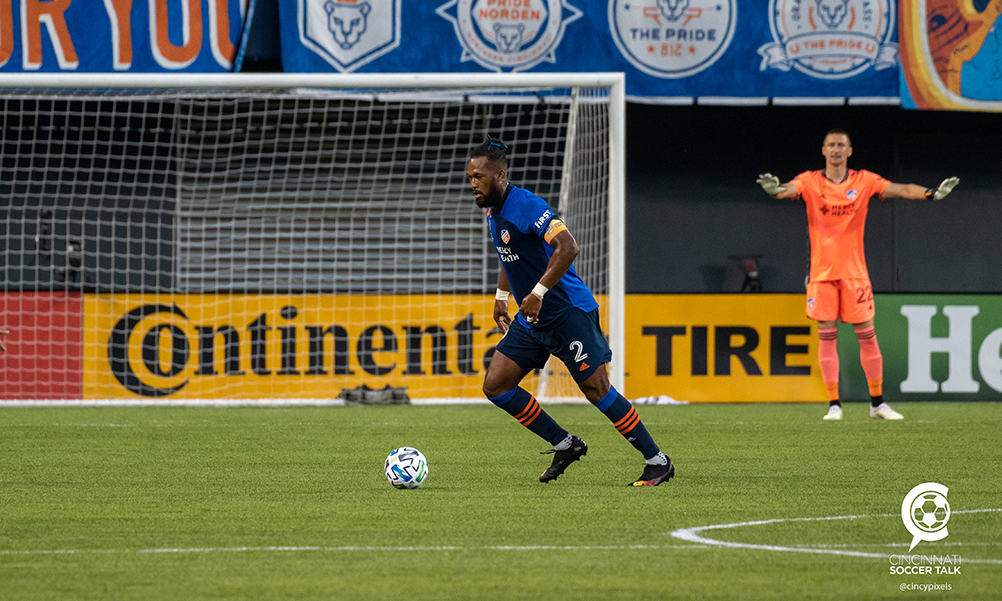 FC Cincinnati will be in high spirits as it faces the Philadelphia Union at Nippert Stadium at 7:30 p.m. Wednesday, with its 1-0 win against the New York Red Bulls fresh in the memory. The Orange and Blue will feel bolstered by a return home — FCC has yet to lose a game at Nippert this season — but Philadelphia will be just as confident after securing its third straight victory.

Philadelphia (7-2-3) is the second-best team in MLS this season, only behind Columbus Crew SC in the race for the Supporters’ Shield. The Union started the 2020 season slowly but advanced to the semi-finals of the MLS is Back Tournament and have hit their stride in this revived regular season, scoring 14 goals in six games.

Coach Jim Curtin has shepherded one of the more stable MLS sides in 2020, but it’s the Union youth that has proved most influential. The Union have seven homegrown players on their roster — three of whom feature regularly in their starting lineup — but none have a bigger spotlight than attacking midfielder Brenden Aaronson. He gets a lot of attention for a rumored big-money transfer to Europe, but his creativity is key for Philadelphia’s offense, and his role in the Union’s counter-attack is more than worth the hype.

But it isn’t all doom and gloom for FC Cincinnati. The offense has steadily improved over the last two games, and the Orange and Blue recorded their sixth clean sheet of the season against the Red Bulls. Playing at home again and avoiding the disadvantage of same-day travel will have the team feeling comfortable ahead of the game. And once they finally kick off, coach Jaap Stam and his team should be a tough matchup for Philadelphia.

Despite their prolific goal scoring, the Union have struggled to break down opposing defenses. They are at their best when they can dispossess their opponents and strike quickly on the counter. When they faced Columbus and the New England Revolution, who are really disciplined on defense, Philadelphia didn’t create as many chances and didn’t score in either game. Kendall Waston and his fellow center backs will need to put in another strong performance. Stam will certainly have a difficult question on his hands — does Mathieu Deplagne return to the starting lineup after his yellow-card suspension, or does he keep his trust in reigning MLS Team of the Week member Nick Hagglund? But more importantly, former Union midfielder Haris Medunjanin and Frankie Amaya must be solid and compact in front of the defense to limit the Union’s attacks through the middle.

If FC Cincinnati can pull that off, watch out for Philadelphia’s full-backs. Curtin often rotates between Raymon Gaddis, Oliver Mbazio and Matthew Real, and he will need them to get up field and try to create offense on the wings if Alejandro Bedoya and Co. are stymied in the middle. While Aaronson is the name on everyone’s lips, the man to keep an eye on is forward Kacper Przybyłko. FCC will hope to limit the Union’s chances, so Przybyłko will have to be clinical in front of goal.

On the other end of the field, FC Cincinnati’s forwards will prove just as influential. The partnership between Brandon Vazquez and Jürgen Locadia led to a lot of chances in its last game. Will either be able to find the back of the net? And how much of Allan Cruz will we see at Nippert Stadium? FCC has started its offensive evolution, but it will need to convert more than an Olimpico to earn another three points.