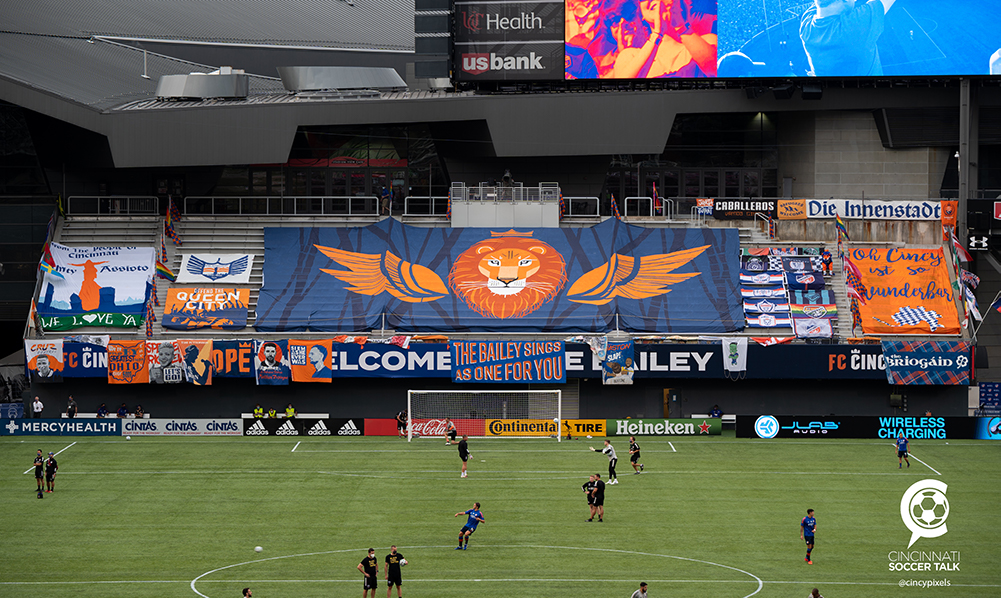 The rest of FC Cincinnati’s 2020 regular-season schedule has been set by MLS. The Orange and Blue close out their time at Nippert Stadium with a five-match homestand in October.

Nearly seven months after it started, the unique 2020 MLS season now has an end in sight. For FC Cincinnati, it also means the end of its time at Nippert Stadium.

The league announced Tuesday the remaining dates for regular-season matches for all of its clubs. The schedule ends with Decision Day on Nov. 8 and takes the league into the playoffs.

FC Cincinnati (3-6-3, 12 points) is currently 10th in the East — the last conference playoff spot available — just a point ahead of expansion side Inter Miami CF.

There will be schedule congestion for every MLS side. For FC Cincinnati, there are 11 games in 46 days, beginning with Wednesday’s home match against the Philadelphia Union and culminating with a trip to Miami on Nov. 8.

It will be a busy October for the club at Nippert, with a five-match homestand against Toronto FC, Columbus Crew SC in another Hell is Real Derby match, D.C. United, Minnesota United and Sporting Kansas City. The game against Kansas City, at 7:30 p.m. on Oct. 28, will be the last regular-season match for FC Cincinnati at Nippert before the club moves to its new home in the West End in 2021.

Whether fans will be allowed to attend the final five home matches at Nippert is yet to be determined, according to an FC Cincinnati media release.

After Saturday’s match against New York City FC at Red Bull Arena, the rest of FC Cincinnati’s schedule looks like this:

Dates and times for playoff matches are not set yet, but the MLS Cup, pitting the conference champions against each other, is slated for Dec. 12.

The top six teams in the Eastern Conference go straight to the first round of the playoffs. There will be play-in matches between the seven and 10 seeds and the eight and nine seeds to fill out the bracket.