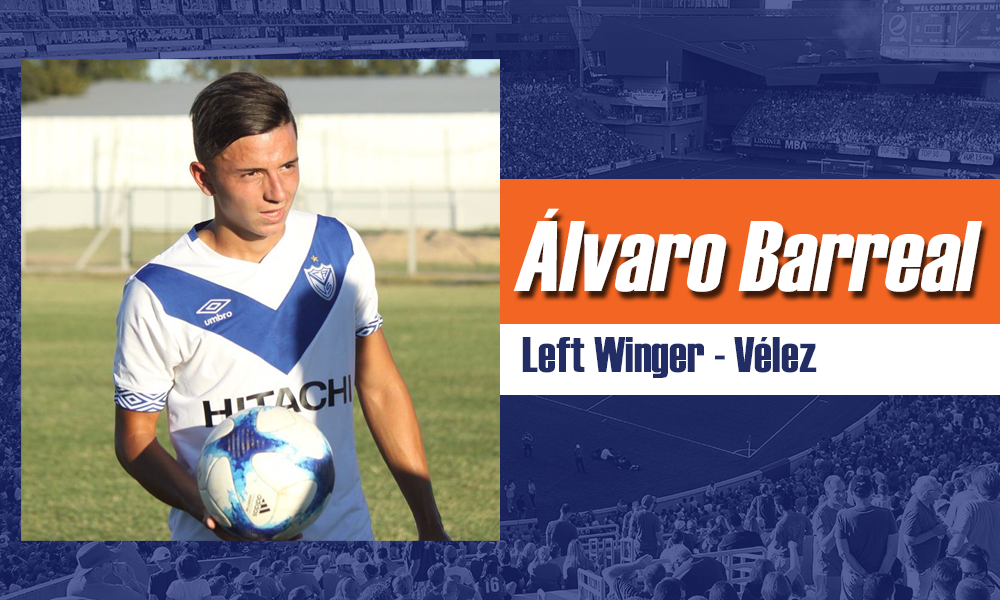 While final details of the transaction have yet to be confirmed by either club, Hernán Lospinato from Sábado Vélez reports that the transfer fee will be $1.5 million for 75% of Barreal’s rights. Vélez would receive an additional $250,000 fee should Barreal make a pre-determined amount appearances for FCC. The Liniers, Buenos Aires side would also recoup 25% of future transfer fees for the youngster.

Barreal is a pacey winger who would feature on the left side of the FC Cincinnati attack.

“He has got a great future because he’s very young, fast and he always goes forward with the ball,” said Lospinato. The winger has already faced some quality competition in his short career. “His first appearance was in 2018 when Vélez played against Boca Juniors. He made one goal against River Plate.”

This is not the first time Vélez has sold to an MLS club. Current D.C. United midfielder Yamil Asad was loaned to Atlanta United before completing a transfer to D.C. before the 2020 season.

Barreal is a young talent but was positioned behind several high-quality wingers in the Vélez depth chart. The winger featured in 10 matches, scoring one goal in the 18/19 Primera División season, followed by five league appearances, including one start in the shortened 19/20 campaign. Notably, Barreal played for the Argentine U-20 squad in the 2018 COTIF Tournament, scoring twice.

It is likely that Barreal will fall under the Young Designated Player category should the club combine his salary with an amortization of the transfer fee over the life of the contract.

The club would be wise to designate Barreal in this category, as he will come with a diminished cap hit of $150,000 this season and $200,000 when he is age 21-23 in a league year. FCC will have to buy down the contract of one of their current DPs with allocation money to utilize this mechanism.

The league is also trying to implement new rules for clubs to bring in new players at low cap hits like the Young DP and possible new U-22 rules. Reports from The Athletic say MLS will try to implement a rule aiming at making sure at least one of the three DPs is under the age of 23. If the third DP is not 23 or under, that player would only be allowed to have a contract of $1 million plus that season’s maximum budget charge or less.

FCC will also have to have an open International Roster Spot for the move to be made. The club would either have to trade for one of those spots or have a current player be granted a Green Card by the U.S. government.

FC Cincinnati fans will need to show some patience with Barreal. He has played less than 500 minutes as a professional and will need time to acclimate to his new city and club. General manager Gerard Nijkamp has reshaped this roster to the point where they should not have to rely on the new signing immediately, providing a long runway for his career in Cincinnati. Coach Jaap Stam should be able to integrate the winger slowly, maximizing the opportunities given with the five-sub rule in MLS.

Another notable piece about this signing is that Barreal and FC Cincinnati assistant coach Said Bakkati share the same representation.

It is not to be understated that this signing is one FC Cincinnati will hope pays dividends in the future should they be able to help develop Barreal and sell him for a large transfer like Miguel Almiron.

Please check out this video provided to us by Hernán Lospinato from Sábado Vélez.