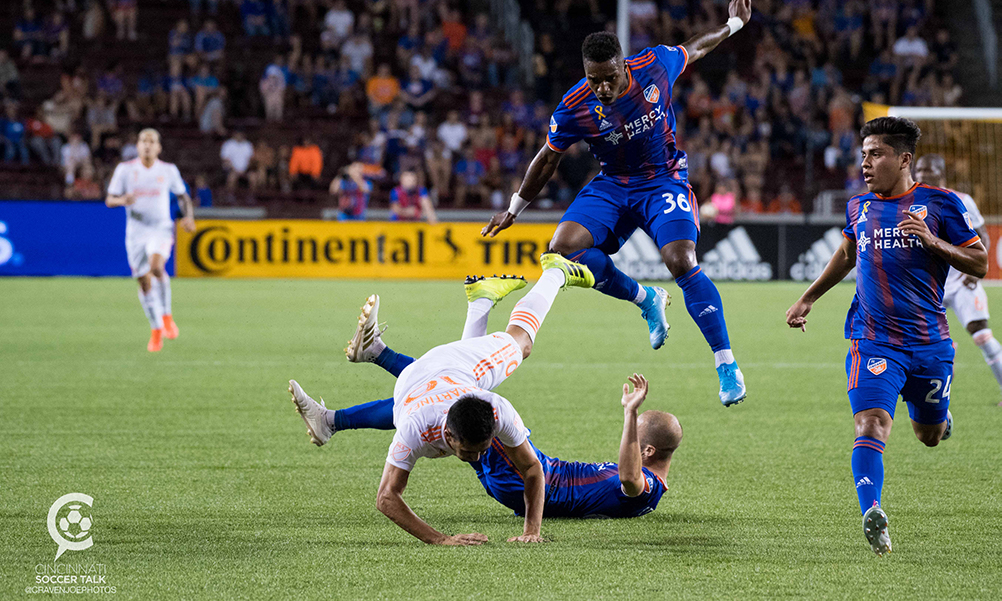 In the second match of the MLS is Back Tournament, FC Cincinnati takes on Atlanta United at the ESPN Wide World of Sports Complex at 9:00 AM Thursday.

After over four months of waiting for the MLS regular season to return, FC Cincinnati fans will now only have to wait five days between matches. In the second match of the MLS is Back Tournament, FC Cincinnati takes on Atlanta United FC at the ESPN Wide World of Sports Complex in Orlando, Florida at 9:00 AM Thursday. This match will be broadcast nationally on ESPN, but the match itself will take place in front of no fans.

The match on Saturday could not have gone worse for FC Cincinnati as the Orange and Blue suffered a morale crushing 4-0 defeat to Columbus Crew SC to kick off its run in the MLS is Back Tournament. FC Cincinnati’s first match in the tournament was also the first match for new FCC head coach Jaap Stam, who finally got a look at his players in a live match environment.

Despite Thursday morning’s match being only the fourth regular-season match of the 2020 MLS season for FCC, this will be the second time FC Cincinnati goes up against Atlanta United this year. Earlier this season, the Orange and Blue fell to Atlanta United 2-1, with Emerson Hyndman and Ezequiel Barco scoring the goals for the 5 Stripes. Yuya Kubo scored the lone goal for Cincinnati. Even though FC Cincinnati might have lost the match, the two sides actually had an equal amount of shots on goal and FCC had more corner kicks than Atlanta, showing that opportunities did exist.

After losing its first match in the MLS is Back Tournament, Atlanta United sits in third place with zero points in the Group E table, ahead of Cincinnati on goal differential. Both clubs are still looking to score its first goals in the tournament. Below is the Group E table:

Here are some things to watch for in the second match-up against Atlanta United this season:

1) Will Jurgen Locadia be in the 22-man matchday roster for FC Cincinnati? It was reported last week that Locadia suffered a thigh injury during training, making his status day-to-day. Stam initially noted that he could potentially be out for a couple of weeks. With FC Cincinnati in need of goal scoring, does Stam take the risk of putting Locadia in the 22 or does he wait until his striker is fully healthy?

2) If Locadia does not start, who will play forward? The likely option is former Atlanta United forward Brandon Vazquez, who FC Cincinnati acquired in a trade during the offseason. Vazquez only played ten minutes as a sub in the first match this season against Atlanta United, but he could find himself with an increased role due to the Locadia injury. Other potential options for Stam include Yuya Kubo (who scored a goal in the first match against Atlanta) or Siem de Jong.

3) How will the backline look for FC Cincinnati? With the defense allowing four goals to the Crew on Saturday night, expect a major shakeup. After a poor performance by Abdul-Salaam, it would not be a surprise to see Mathieu Deplagne back in the starting lineup. Additionally, with a mediocre performance from Kendall Waston, does he exit the starting XI or does his captaincy allow him to maintain his place? If Maikel van der Werff is cleared from concussion protocol, the starting center back conversation could get very interesting.