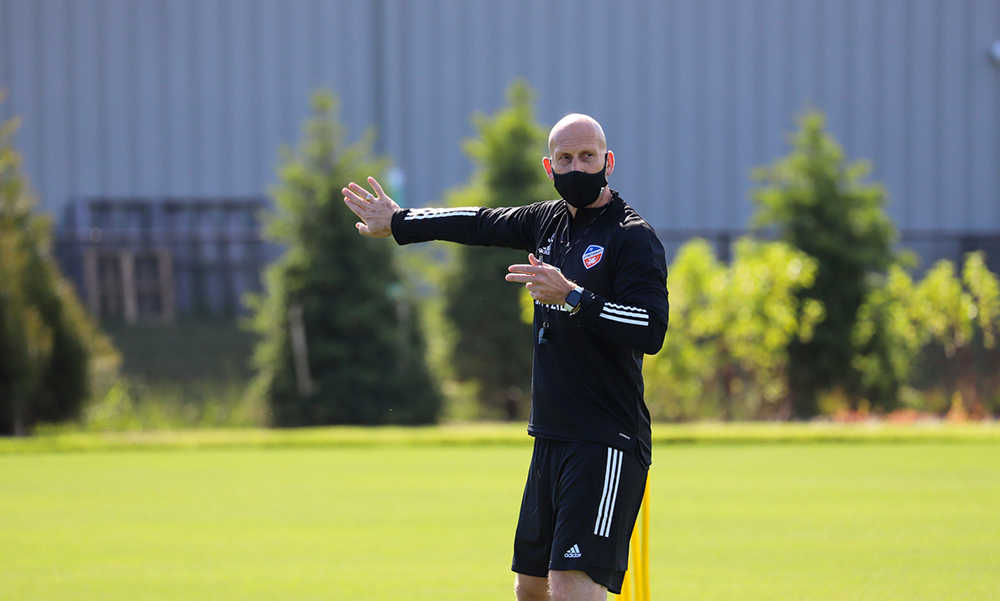 New FC Cincinnati coach Jaap Stam now has two training sessions under his belt as the club prepares for the MLS is Back Tournament.

Working under the conditions provided by the new normal, FC Cincinnati has resumed full-team training sessions at Mercy Health Training Center. The past couple of days have provided new FC Cincinnati head coach Jaap Stam and new assistant coach Said Bakkati with a chance to become acclimated to the training grounds as well as meet with players and other staff members in-person for the first time.

Despite the restrictions set in place by MLS, spirits are high as the players prepare for the MLS is Back Tournament and the rest of the regular season. The tournament’s group stage matches, which count towards the 2020 MLS regular-season point total, begin in three weeks.

Even though Wednesday marked just the second full-team training session since the COVID-19 suspension, the coaching staff is already implementing a philosophy of how they want the team to play throughout the tournament and the rest of the regular season.

“We did some patterns and some movements of what we want to see in the games,” Bakkati said Wednesday. “Every time, step-by-step, we are going to move forward.”

“It’s just two days and they’ve tried to implement their way of playing,” said van der Werff. “He (Stam) demands a lot from us, which is good, which we like. We have to be sharp 100%, every second of the training.”

Stam on Tuesday said he was happy to finally meet with players in-person.

“I enjoyed myself and I think the players enjoyed themselves as well,” said Stam on his first day. “Of course I spoke to a lot of people via Zoom, but it is better to speak to each other individually and see each other face to face.”

Despite Tuesday and Wednesday marking the first consecutive full-team training session in months, players believe that the sessions went well.

“It was a great session. The intensity was there and everybody seemed to be in perfect form, so I was really happy with the session,” said FC Cincinnati forward Brandon Vazquez on Tuesday. “I saw a lot of the guys out there giving their best and really being on top of it, so it was a great session.”

Although Stam said the players had a “very good session” on Tuesday, he emphasized that the team has a lot to work on in the upcoming weeks saying.