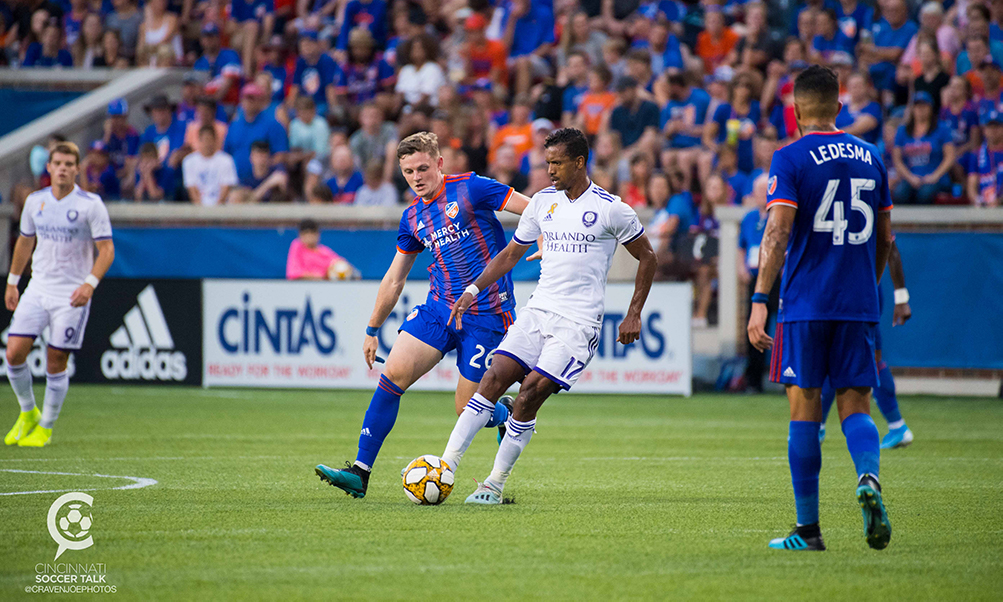 On Tuesday, MLS released a statement, saying it is unlikely now that the season will resume in mid-May as originally hoped. MLS also confirmed that while there would be enough days to complete the entire season schedule if play resumed in May, the league recognizes it will be very difficult to accomplish that.

FC Cincinnati players say they are getting regular updates from the league and the MLS Players Association regarding the status of the season, but much like everything else at the moment amid the COVID-19 pandemic, it’s mostly speculative.

“To not know when we are going to get back into training or games, that’s the most difficult part,” said FCC defender Mathieu Deplagne via video conference call on Tuesday. “During the season, you go into the week and you have objectives, short-term and long-term. But now, we don’t know. You do the best you can to stay motivated.”

The mental strain on MLS players isn’t much different than it is for the general public at the moment. Everyone is in this together. For individuals living alone, away from family and friends, it can be difficult to cope in our current quarantined state.

FCC midfielder Tommy McCabe, a South Orange, New Jersey, native, lives alone in Cincinnati. His family is in New York, the current epicenter of the COVID-19 outbreak. As of Tuesday, according to the New York Times, there have been more than 200,000 cases and 10,000 deaths as a result of the virus.

“I’m living alone right now, away from my family, and my family’s in New York,” McCabe said via video conference call. “I try to connect with them as much as possible. Also having them live where they are right now kind of puts everything in perspective right now for me, and the things that I’m worried about, like when we’re going to play again. There’s bigger things that are going on,” McCabe said.

With no end in sight to the current hiatus, players have to prepare for an imminent start to the season with a condensed schedule with as many as three games per week.

“If you compare it to a traditional offseason, you’re building toward a certain date,” McCabe said. “Right now, we’re not dealing with a certain date — that is on paper — when we are going to start back up again. That’s the toughest part. You have to be ready, because that date could come whenever they say it is, so stay motivated and mentally prepared to be sharp, whenever that date comes.”

Earlier Tuesday, news broke that the University of Cincinnati was eliminating its men’s soccer program effective immediately. It could be the first of many such announcements as colleges and universities closely scrutinize their budgets in the wake of the pandemic.

“I know a couple guys on that team that I grew up playing against,” McCabe said. “I can’t imagine how tough that is right now. Every athletic director and athletic program is going to have to make tough choices, especially programs that rely a lot on basketball and football for revenue. If they can’t fill stadiums, I wouldn’t be surprised if we see a lot more of these instances across college sports. It’s sad to see that. In American culture, a lot of people grow up wanting to play college sports. To have that ripped away from you, it’s tough.”