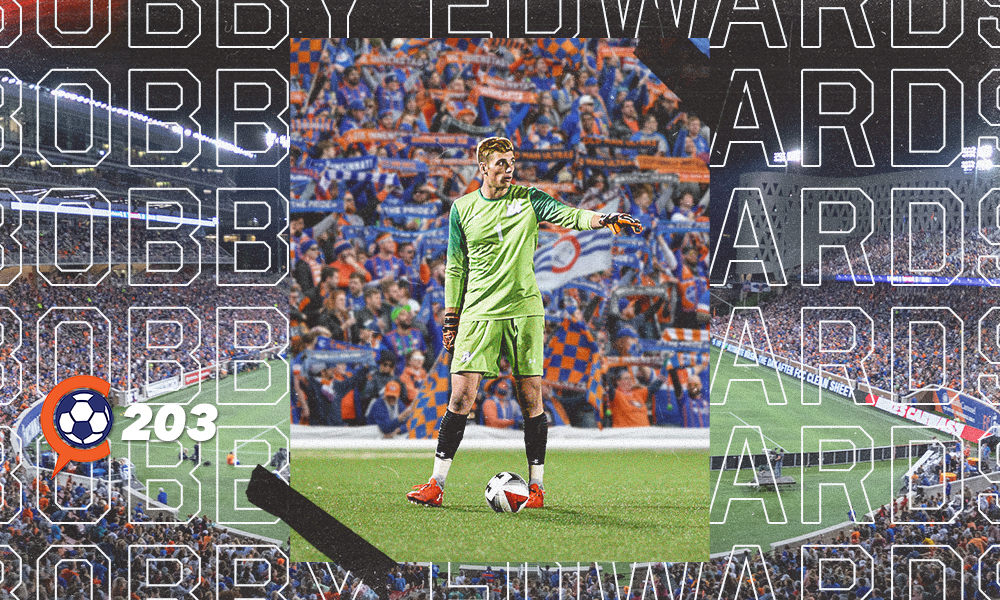 On this week’s show, we visited with FC Cincinnati goalkeeper Bobby Edwards! Plus we try to cast the Hollywood movie based on the FCC story. Get downloading!

On this week’s show, Bryan, Clay, and Boston catch up with FC Cincinnati’s newest goalkeeper Bobby Edwards! Bobby fills us in on how he found himself starting his professional career in Northern Ireland and ultimately how he ended up in Cincinnati. We ask him the usual Cincy questions of course but we really got to know Bobby during Rapid Fire. Thanks to Bobby for coming on the show!

Tom Bogert and Paul Tenorio recently reported on the FC Cincinnati coaching search. It sounds like Dominic Kinnear and Jaap Stam are two finalists for the position.

Lastly, if you had the chance to cast the Hollywood story of FC Cincinnati, who would you cast in the roles for Jeff Berding, Carl Lindner III, Sean Okoli and John Harkes?