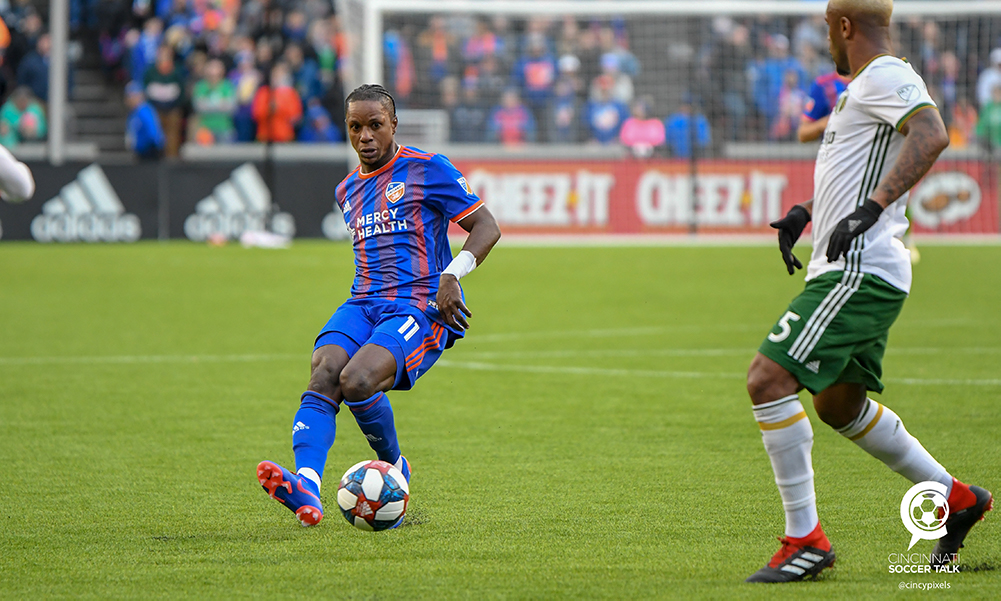 FC Cincinnati’s Darren Mattocks is facing two felony charges in Pennsylvania and will be formally arraigned on Feb. 27.

FC Cincinnati forward Darren Mattocks is facing two felony charges in Pennsylvania, according to a story Sunday by the Cincinnati Enquirer’s Pat Brennan.

Mattocks, 29, is charged with one count of making a false, fraudulent or incomplete insurance claim and one count of theft by deception in Carroll Township, Pennsylvania, according to the Enquirer. The charges were issued in December, according to court documents. He will be formally arraigned on Feb. 27.

Mattocks scored three goals and had three assists in FC Cincinnati’s inaugural MLS season. He had 21 appearances, including 13 starts. He trained with FC Cincinnati in Arizona, but while the team was there, coach Ron Jans told reporters that he was not in his plans for the 2020 season. Mattocks has not been seen training with the team at the IMG Academy in Bradenton, Florida, according to the Enquirer, though he is still listed on FC Cincinnati’s roster.

It’s been an eventful few days for FC Cincinnati. News of Mattocks’ charges comes just three days after the club learned of an MLS Players Association complaint alleging Jans used a racial slur while singing to music played in the locker room. Jans has stepped away as the club’s coach during an investigation into the allegations.

FC Cincinnati was scheduled to play Nashville SC in a preseason friendly Sunday before concluding its preseason with split-squad scrimmages with Sarasota Metropolis FC and KR Reykjavik on Friday. The 2020 regular-season opener is at the New York Red Bulls is March 1, just two weeks away.