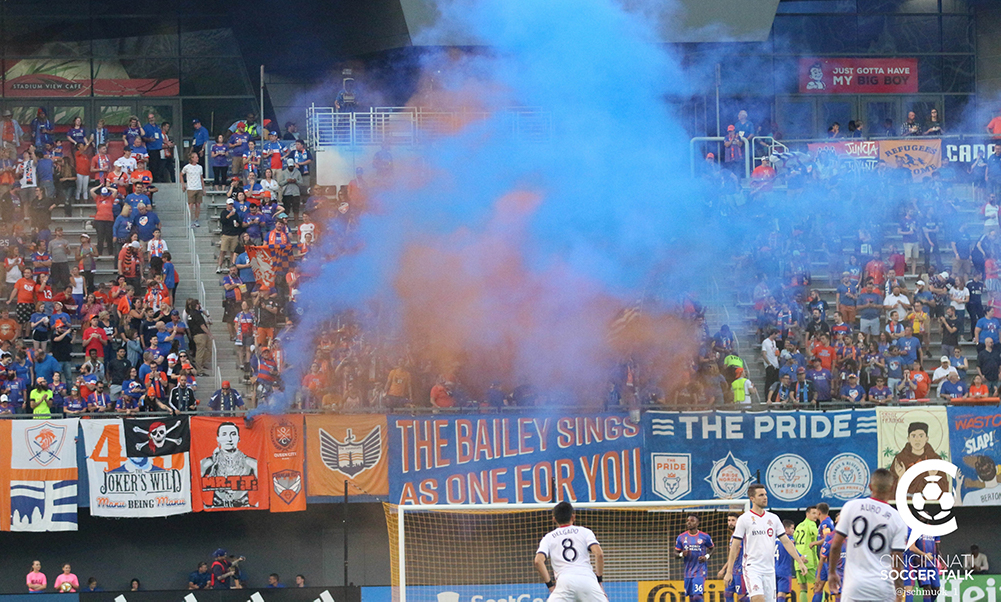 MLS released its 2020 schedule on Thursday. Ten of FC Cincinnati’s first 12 games are against playoff teams. Hell is Real Derby matches are July 19 at Nippert Stadium and Aug. 22 in Columbus.

Last year FC Cincinnati had a rude introduction to MLS. The start to the 2020 season is almost as rough. But then, when you’re the worst team in the league, most matches might be viewed as a challenge.

MLS released the schedules for the upcoming season on Thursday. Ten of FC Cincinnati’s first 12 matches are against playoff teams from last year, including home and road fixtures with Atlanta United, the New York Red Bulls and MLS Cup finalists Toronto FC.

The season begins with a 1 p.m. start on March 1 at the Red Bulls. The home opener — in the last season at Nippert Stadium before moving to the new West End stadium — is at 5 p.m. on March 14 at D.C. United.

FC Cincinnati fans will have to live with the sour taste of last year’s 3-1 Hell is Real Derby home loss until July 19, when Columbus Crew SC returns to Nippert for an 8 p.m. match. The return leg at MAPFRE Stadium is at 7:30 p.m. on Aug. 22.

The Orange and Blue will also play both of MLS’s 2020 expansion teams in the same week. FC Cincinnati visits Inter Miami CF in a midweek match on May 27 and hosts former USL rival Nashville SC on May 30.

The match with Nashville was not guaranteed.

The schedule also does the club no favors in August.

In a brutal week, FC Cincinnati plays at Portland on Aug. 8, flies home to host defending Supporters Shield winner Los Angeles FC on Aug. 12 and returns back to the West Coast to play the LA Galaxy on Aug. 15.

National TV matches have not been announced yet.

The club will also not play during the three in-season international breaks in March, June and September. MLS typically allows teams to choose whether they want to play during the breaks. Teams that skip the breaks usually make up the games in midweek competition. FC Cincinnati has five Wednesday matches this season.