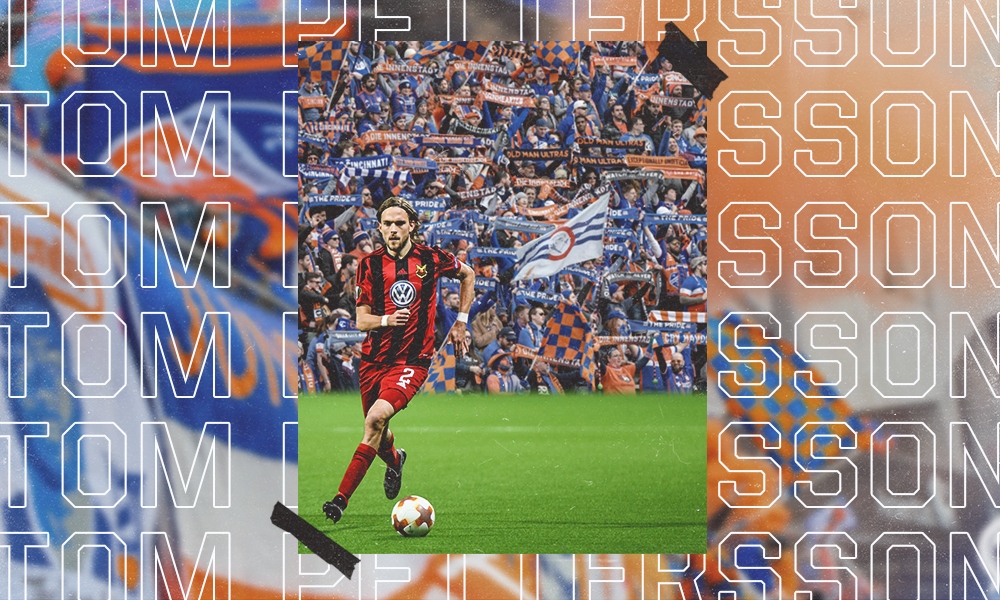 FC Cincinnati announced the signing of 29 year-old Swedish center back Tom Petterson on a free transfer from Swedish top-flight side Östersunds FK.

If you were hoping for an offensive signing, you’ll have to keep waiting patiently. FC Cincinnati announced the signing of 29 year-old Swedish center back Tom Pettersson on a free transfer at the conclusion of his current contract at Swedish top-flight side Östersunds FK. Pettersson will join the Orange and Blue when the primary transfer window opens on February 12 and will occupy an international roster spot.

Serving as the captain of Östersunds FK during the past two seasons, Pettersson made 22 starts and scored one goal during the 2019 Allsvenskan season. Since 2012, Petterson has made a total of 188 appearances in the top divisions of Sweden and Belgium, including eight Europa League appearances.

“Tom is an experienced left-footed center back that we are pleased to add to our roster,” FC Cincinnati General Manager Gerard Nijkamp stated in a press release from the team. “His strength in building possession out from the back will be an asset to our style of play. We are happy to welcome Tom to Cincinnati as we continue to build our 2020 roster and prepare for the upcoming season.”

Pettersson started his professional career in 2007, signing with his hometown club FC Trollhättan. During five seasons with the club, Pettersson made 107 appearances while scoring six goals. Following the 2011 season, Petterson joined Allsvenskan club Åtvidabergs FF, where he made 55 appearances from 2012-14, scoring six goals and contributing four assists. In 2015, Petterson signed with IFK Göteborg where he made 27 appearances while scoring one goal and adding one assist in just one season. Since 2017, Petterson has played at Östersunds FK. The center back has made a total of 101 appearances with the club. In addition, he competed in the 2017-18 UEFA Europa League after Östersunds finished in a club-record best fifth place just two seasons after receiving promotion from the second-tier Superettan.