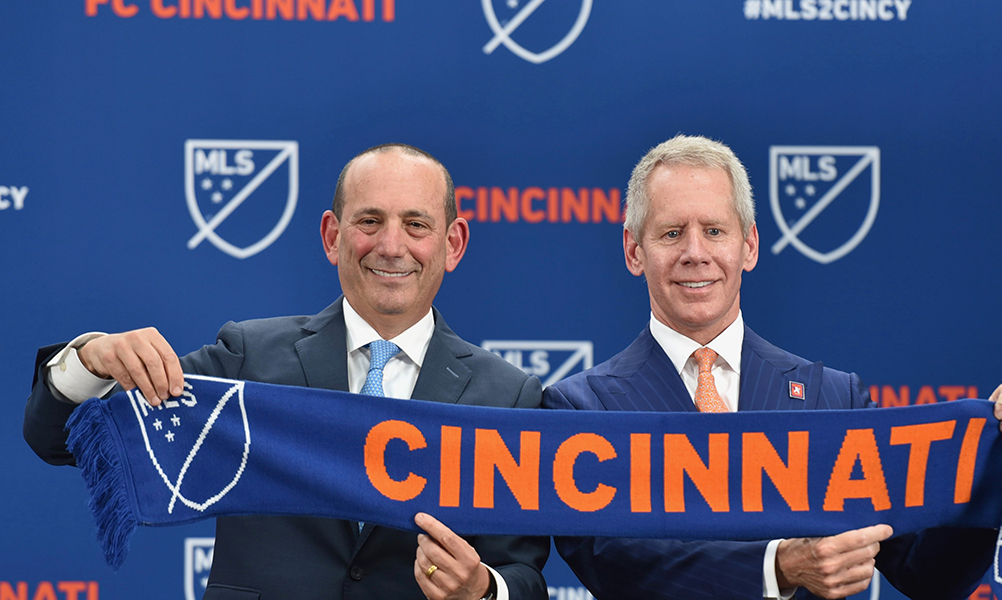 FC Cincinnati on Wednesday announced Meg Whitman and Griff Harsh as managing owners. The announcement pushes the club’s value to $500 million, according to a Bloomberg story.

FC Cincinnati announced on Wednesday the expansion of its ownership group to include former Hewlett Packard chief Meg Whitman and her husband Griff Harsh. The couple is taking about 20 percent of the club, valued at about $500 million, according to a story published Wednesday on Bloomberg’s website.

Whitman and Harsh will be FC Cincinnati’s first major investors from outside the Greater Cincinnati Region, according to a club media release. Whitman began her professional career at The Proctor & Gamble Company headquarters in Cincinnati and continues to serve on P&G’s Board of Directors.

The family’s investment will support the construction of the West End Stadium and the commitment to a winning team, according to the media release.

“Cincinnati has a special place in my heart, and I’m so pleased to join FC Cincinnati at this exciting juncture in the club’s history,” Whitman said in the media release. “FC Cincinnati and soccer have both already proven to be cultural forces in the market. Between the crowds at Nippert Stadium and the corporate commitments it has drawn, it’s a team with an exceptionally high ceiling.”

Additionally, Whitman will serve as the alternate governor to controlling owner Carl Lindner III on the MLS Board of Governors, according to the release. The MLS board approved the decision on Wednesday.

“My wife Martha and I are thrilled to welcome such accomplished professionals and philanthropists as Meg and Griff to the FC Cincinnati family,” Lindner said in the media release. “At the heart of our ownership group is a love and connection to Cincinnati. With Meg’s background and network in our city, she and her family are a perfect fit for our club. They bring a wealth of experience and expertise in support of our ambitions and goals. We expect Meg and Griff will play a large role not only at the club level but will also serve an influential role at the league level.”

Harsh is the Julian R. Youmans Chair in Neurological Surgery at the University of California, Davis, according to the club’s media release.