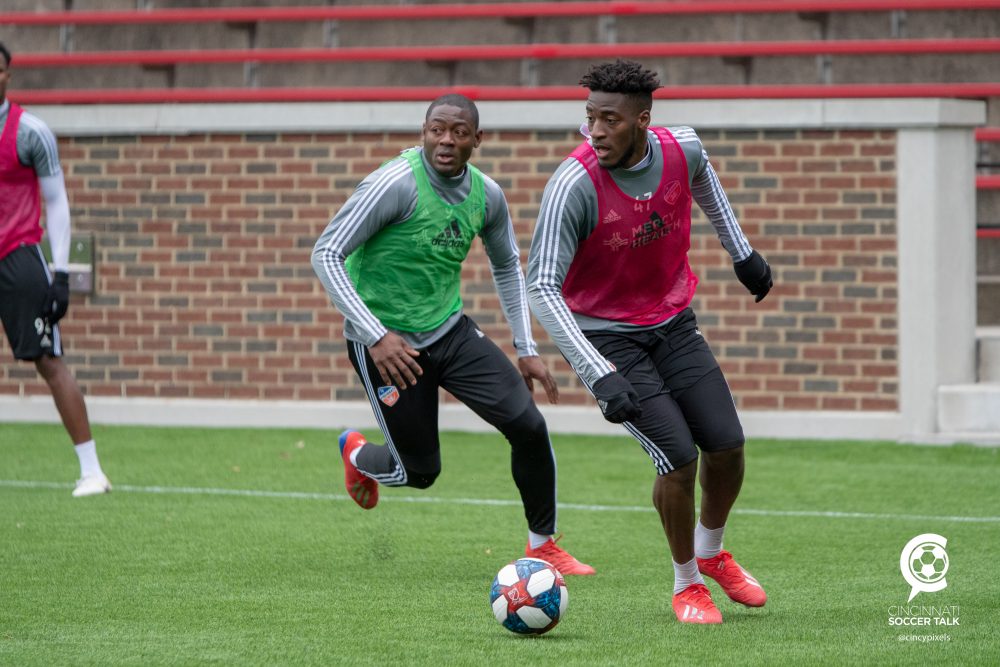 Lasso’s departure was expected, and there is the possibility he heads to Nashville. CST had expected Ndam to be cut due to the international spot he occupies and his trouble making the lineup in the USL last year on loan with Charlotte. Gdula was picked up by the Orange and Blue in the draft last year and was loaned to Hartford after a stint with Phoenix resulted in zero minutes. We did expect Gdula to remain with FC Cincinnati due to his young age and current development.

Breaking down the decisions:

If you are scratching your head about a record-breaking bad FCC team returning 24 players, you are not alone. However, the offseason is young and we expect this move is just lining up FCC’s position for the upcoming expansion draft. The club has time to offload several players and is likely already shopping Fanendo Adi, Alvas Powell and a few others. Will it be enough to improve year over year? Time will tell.

Hasssan Ndam – Ndam is the most surprising decision on the day. FC Cincinnati called Ndam a “key part” of their MLS plans after picking him and others in last year’s expansion draft. Then he disappeared.  FCC said he was loaned, but then pictures surfaced with him in Cincinnati. Finally, he was officially sent to USL’s Charlotte where he started immediately. Once there, his playing time dwindled, possibly due to injury, and then despite the loan in Charlotte, he showed up training in Cincinnati again. His tenure in Charlotte was odd, to say the least. So why did FC Cincinnati keep Ndam over Lasso? First, he is 21 years old, so to write a player off that early would be a mistake. FC Cincinnati seems to have decided to give him more time to develop, whereas they have seen Lasso in his prime and decided to move on. Ndam fits in roster spots 25-28 which makes him flexible on the 2020 roster. Lasso would take a senior roster spot or in spots 21-24. Currently, FCC has 16 senior roster spots filled. Assuming it loans out Lundt and Ndam, it is sitting at six of 10 supplemental/reserve roster spots. Despite this signing, it would be surprising to see Ndam on the pitch for FCC in 2020 as an international player. Expect a loan/trade,  or possibly FCC leaves him open in the expansion draft to be selected.

Letting Lasso go – The reasons for selecting Ndam over Lasso can be explained when you look at the roster. Cincy just doesn’t have room for Lasso. Kendall Waston was just re-signed. Nick Hagglund and Maikel van der Werff remain with the Orange and Blue. Ndam had a lower roster impact, and therefore Lasso is left out in the cold. FC Cincinnati has made a number of mistakes betting on players they brought up from USL. With this decision, they continue their offseason trend of shedding those players. Lasso continues to make a name for himself in USL, however, and it would not be surprising to see him back up in MLS playing against Cincinnati soon.