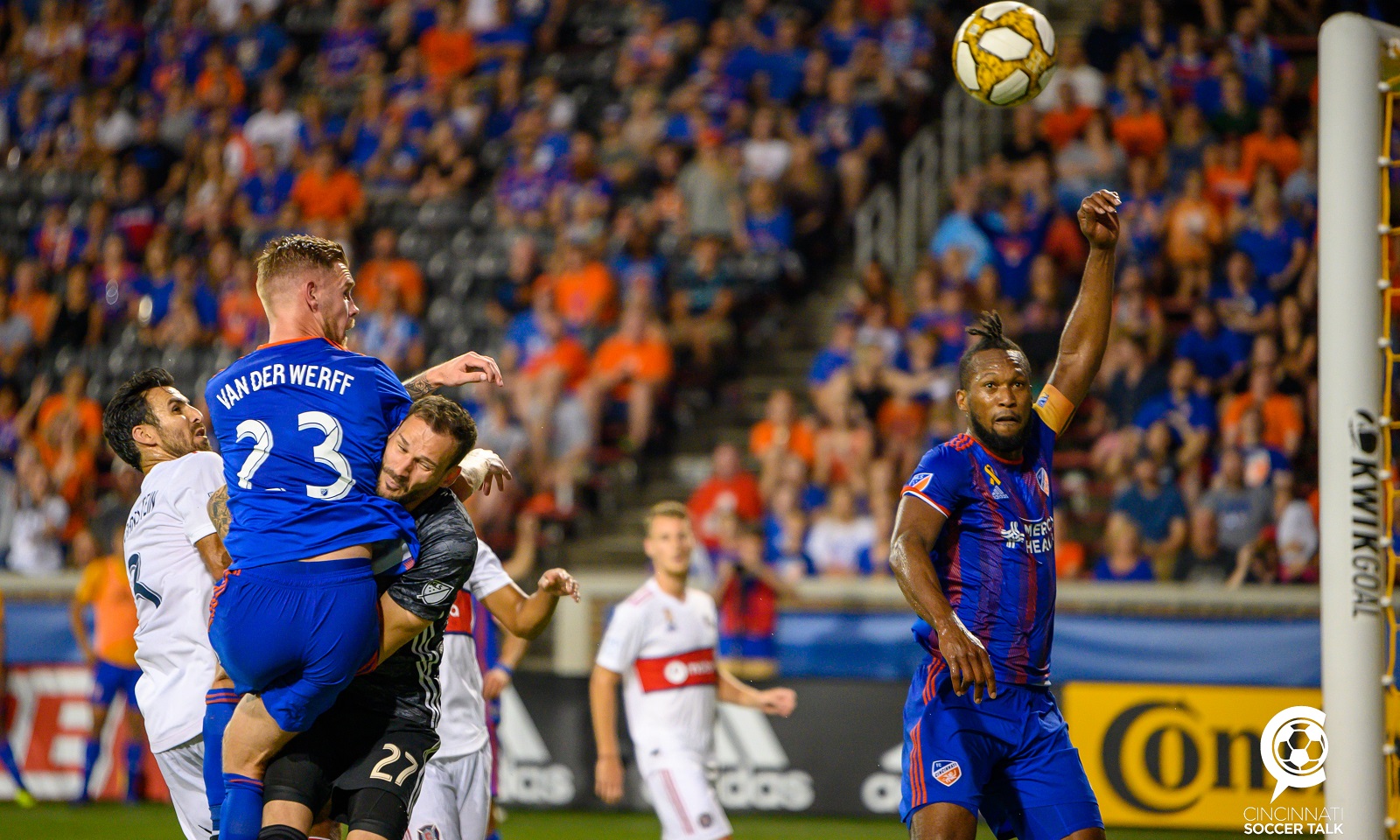 FC Cincinnati collect a point in a hard fought scoreless draw at Nippert Stadium. The Orange and Blue have earned two shutouts in their last three games and earned a 1-1-1 record during that period.

FC Cincinnati collected a point in a hard fought scoreless draw at Nippert Stadium. Coach Ron Jans changed his tactics from high press to defend and counter in the past three games and it is paying off. The Orange and Blue have earned two shutouts in their last three games and earned a 1-1-1 record during that period. Chicago is now the second Eastern conference team unable to beat Cincinnati in its inaugural MLS season.

The game itself was tense for Cincinnati fans. The majority of the match was spent in Cincinnati’s half where Chicago strung together 248 accurate passes. FCC’s defense held strong and did a better job of clearing the ball when under pressure as well as providing cover behind the pressuring defender. The back line blocked almost half of Chicago’s shots and limited their opportunities on crosses. Young Super Draft pick, Tommy McCabe stepped into the defensive midfield position and also provided good cover for the defense.

The Orange and Blue did get a few opportunities on the counter especially in the second half when Joseph-Claude Gyau came in the game and was able to take advantage of the space Chicago created as they pressed forward. In the 79th minute, Roland Lamah almost curled a ball perfectly into the far post, but Kronholm, Chicago’s keeper, was able to push it just wide.

79' Lamah puts one on frame to force a corner.#CINvCHI 0-0 pic.twitter.com/eBqcGYK8ne

One minute later, off the ensuing corner, Emmanuel Ledesma volleyed the ball into the box and Maikel van der Werff looked to head in the match winner only to have the crossbar deny him.

Maikel van der Werff: not of fan of the crossbar on this end. #CINvCHI pic.twitter.com/qlNapiYtxp

For this tough season, the draw felt like a victory to many. The fans were excited and the team left the pitch for the locker room with smiles on their faces. “It was a hard-fought point, and the game could have gone either way,” commented Joseph-Claude Gyau. “It gives us some good confidence moving forward into the next game.”