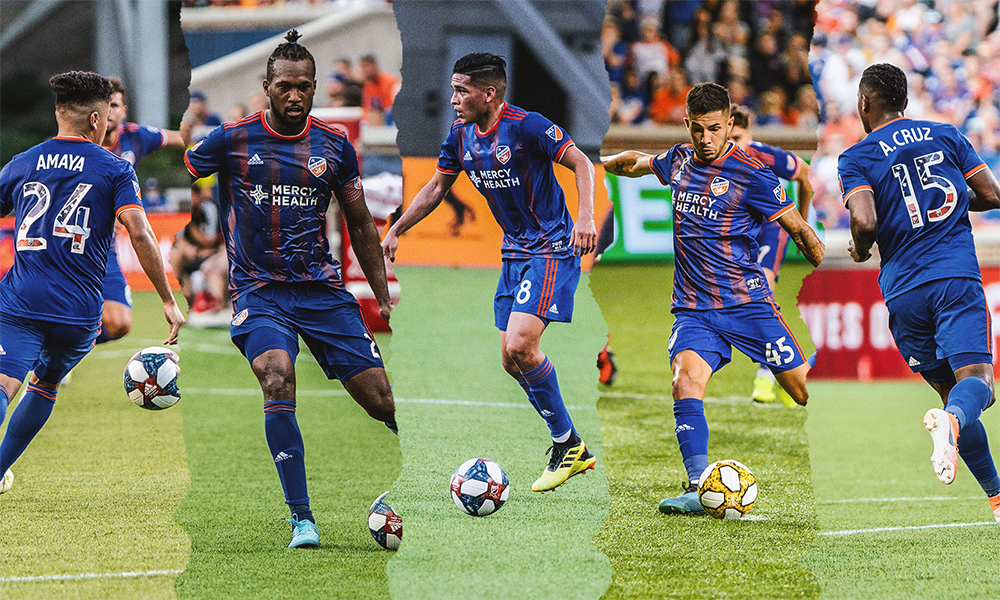 It’s time once again for the Cincinnati Soccer Talk annual year-end awards, and the 2019 edition starts with you, our tremendous watchers, listeners and readers. We’ve selected five FC Cincinnati players as the potential Fan-Vote Player of the Year, and it’s up to you to decide who the winner is.

The nominees are Frankie Amaya, Allan Cruz, Emmanuel Ledesma, Victor Ulloa and Kendall Waston. Here is the link to vote. Voting is open now and continues until Sunday at noon. We’ll announce the winner next week.

If you can’t decide who to pick, here’s a brief bio on each candidate to help guide you:

Amaya was FC Cincinnati’s first-ever SuperDraft selection in January. The midfielder was used twice as a sub before being loaned out to Orange County SC for about two weeks. He made his first MLS start at San Jose on May 4 and became an instant hit for fans with his hustle and work rate on both ends of the pitch. He’s played in 16 matches, with 12 starts. He’s been a sparkplug offensively as an accurate passer and a defensive thorn in the side of many opponents.

Cruz is FC Cincinnati’s co-leading goal scorer in his first MLS season with six heading into Wednesday’s match with Atlanta United. He’s played on the wing or in the center — wherever the technical staff asks him. And when he’s not in the lineup, the Orange and Blue look much different. Two of his goals have come in the opening minute, including one just 25 seconds in Saturday at Montreal. Cruz’s backheel in the home opener on March 17 earned goal of the week, and he was named to the bench for the MLS team of the week in Week 28 for his first-minute goal against Montreal.

Ledesma was the USL MVP last season and also won the fan-vote and CST staff-vote Player of the Year in 2018. He was used sparingly at the beginning of the season but has started 14 of the last 18 games entering Wednesday. He ties Cruz for the team lead in goals with six and leads the team in assists with four. Ledesma earned team of the week honors in Week 18.

Ulloa has just one goal and two assists but has been FC Cincinnati’s initial cog for a lot of the season with the club building its offense out of the back. Perhaps under-appreciated at times as the club’s central defensive midfielder or box-to-box midfielder, Ulloa earned team of the week honors in Week 11 and was named to the bench for his performance in the home opener.

FC Cincinnati’s captain has been integral in keeping the back line together through a bevy of changes. He’s dealt with most everything that comes his way, either with a clearance or a tackle. Occasionally late in games, Waston will leave the back line and come up front in attack. He has the distinct honor of scoring FC Cincinnati’s first MLS goal at Nippert Stadium, a header on service from Leonardo Bertone in the home opener. Waston was named to the team of the week in Week 19 and earned bench honors in the home opener.