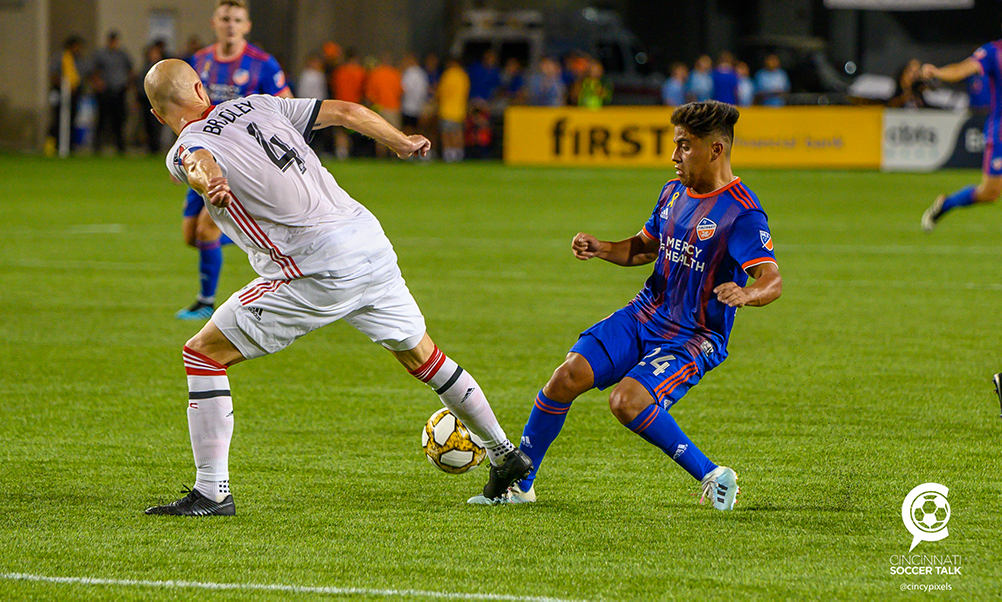 FC Cincinnati faces another playoff contender on Saturday when the club travels to face the Montreal Impact.

FC Cincinnati heads north to Canada on Saturday to face the Montreal Impact at 7:30 p.m.

FCC only has five matches left in its inaugural MLS season, which has felt like the longest season imaginable. With only 18 points, FCC is still in last place and on a four-match losing streak.

While the season may be lost, the club can still use the last five matches as team building for next season. Coach Ron Jans will be balancing giving the younger players more minutes and experience and letting the returning players back into the starting lineup. Thankfully Kendall Waston and Allan Cruz have returned from their international duties; both of them will be available for play on Saturday.

Watson’s strength and Cruz’s speed will be crucial in attempting to get at least one point against Montreal. After last weekend’s 5-1 loss at Nippert Stadium against Toronto, supporter excitement for this match is hard to find. Keeping morale up has been one of the biggest challenges off the pitch this season.

On the technical side, goalkeeper coach Jack Stern and assistant coach Yoann Damet will be returning to familiar territory. Montreal is where both Stern and Damet began their MLS careers before coming to Cincinnati.

Back in Montreal, the Impact are also dealing with the ripple effect of new coaching. Wilmer Cabrera, former coach for the Houston Dynamo, transitioned to Montreal earlier this season.

The Impact sit in eighth place in the Eastern Conference with a total of 37 points. This is another match where FCC’s opposition will be fighting for a playoff spot. The Impact’s last win was at the end of August against Vancouver; their last match was a 3-0 loss to D.C. United.

Montreal has a lot to prove, while FC Cincinnati has nothing to lose. The real test will be FCC’s next match back at Nippert on Wednesday, where it will face reigning MLS Champion Atlanta United.