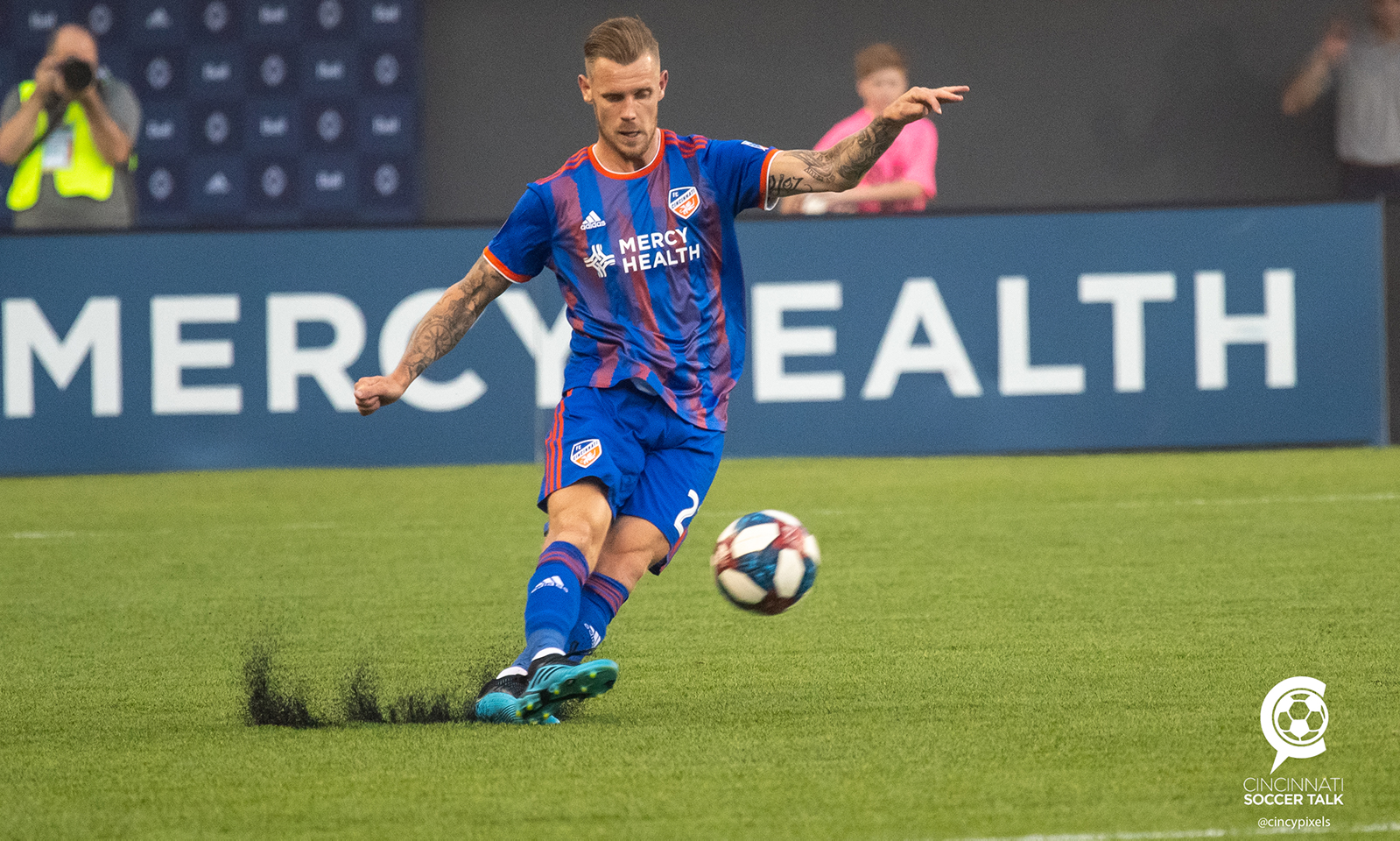 FC Cincinnati’s newest center back came over from the Netherlands and has reunited with coach Ron Jans and general manager Gerard Nijkamp. He says Jans’ system will take more than a couple of weeks to develop.

MILFORD – Five-year-old Maikel van der Werff was no different than most boys his age in North Holland. He played football from dawn to dusk and later on the playground at school in his hometown of Hoorn, and like many other youngsters, he idolized legendary Ajax midfielder Jari Litmanen.

“When you went to school, you played during your lunch break for one hour, then you would forget to eat,” van der Werff said. “In the beginning, it’s all just for fun. Then you begin to realize you are different than the other kids.”

For van der Werff, that realization came at about age 11, when the “selection” teams began to send him letters, and scouts from professional clubs started showing up at his games.

He joined FC Volendam at the age of 18, scoring 11 goals in 71 appearances over six seasons. From there, he moved to PEC Zwolle in the highest level of Dutch football. It was there that his relationship with Gerard Nijkamp and Ron Jans began to take shape.

By now, most FC Cincinnati fans know the story.

Nijkamp, who was the director of football at PEC Zwolle, hired Jans as head coach in 2013, the same season he signed van der Werff. In their first season together, PEC Zwolle won the KNVB Cup with a stunning 5-1 win over Ajax, defeating them for the first time since 1988.

Then, of course, the three men were reunited this summer when Nijkamp signed van der Werff from SBV Vitesse and then hired Jans as head coach.

“Everyone was asking me, of course, ‘Who is that guy from Holland? How is he as a coach and a person?’” van der Werff said of Jans. “I worked with him for two years. We had a really successful time. I know he’s a good coach. He can add a lot of good things here.”

Van der Werff joked that he left Holland to get away from all the Dutchmen, and now all the Dutchmen are in Cincinnati. But that familiarity is as beneficial for him as it is for FCC, having Nijkamp and Jans in lockstep while managing the franchise’s immediate future.

But of course, these things will take time.

“You can’t change everything in one or two weeks,” van der Werff said. “Everyone needs to get used to this system and want Jans wants.”

As center back, van der Werff can be the engine that helps drive Jans’ high-pressing attack. The approach paid dividends early in Saturday’s 4-1 loss to New York City FC before FCC’s own carelessness with the ball allowed the match to get away from them.

“You could see when we press, we intercept a lot of balls and create more chances,” van der Werff said. “But it was tough for me and all the defenders because we lost a lot of balls. We defend, we intercept the ball, then we want to attack, but we lost the ball really quick. When we play more possession, it will be easier for us and tough for the opponent. I like this way of playing. But that takes some time.”

While the 30-year-old defender might have a leg up on his teammates in terms of adjusting to his former manager’s style, the process of acclimating himself to a new country, city, team and league hasn’t been easy.

The biggest challenge for van der Werff is being thousands of miles away from his wife, Milou, and his two young children.

“You are alone,” he said. “Without your friends. Without your family. I’m used to driving 10 minutes or taking my bike and I’m with my family. Now I have to fly for 14 hours to see them. That’s different. But we will get used to it. I look forward to the winter break to get to see them.”

Van der Werff’s exposure to MLS prior to this season was seeing highlights on TV in Holland. He had a few former teammates and friends who had played here, but when he was contacted by Nijkamp, van der Werff did a Google search of the club to learn more about them.

“Before Cincinnati contacted me, I didn’t know about the process here,” van der Werff said. “I had some meetings with (club president) Jeff (Berding). It was really exciting to hear. I liked the process, then you want to be part of it.”

Van der Werff doesn’t consider himself to be a leader in the dressing room but always makes an effort to help guide the younger players. On the pitch, he’s vocal because his position requires him to be. But he mostly wants to lead by example, and like all of FCC’s players, he badly wants to put an end to a six-game winless streak on Sunday night against Columbus Crew.

“It’s all about winning,” van der Werff said. “Everyone is happy when you win.”