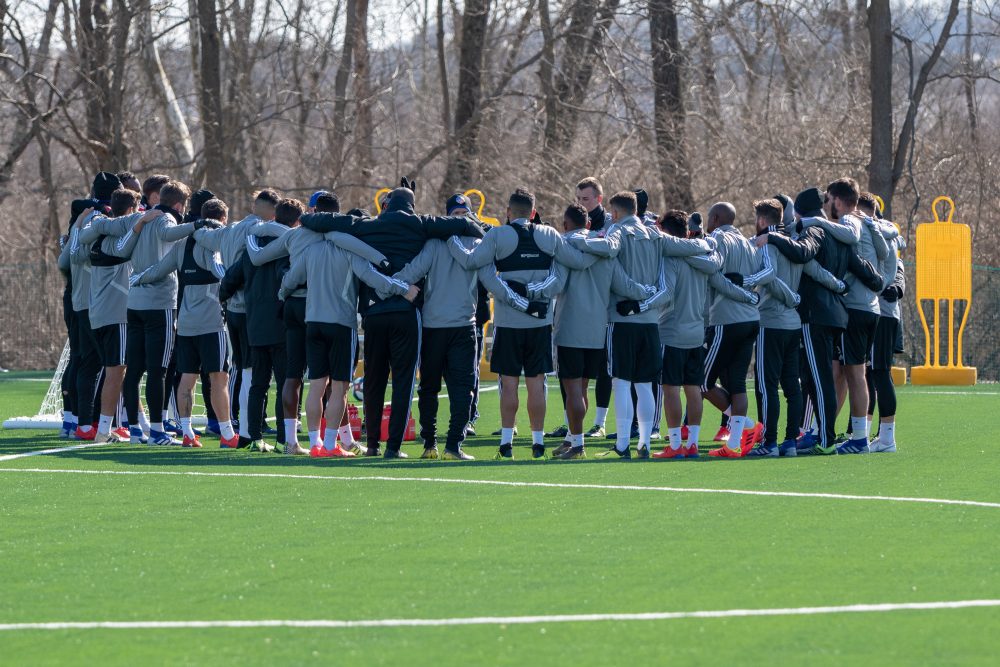 FC Cincinnati has hired its academy system coaching staff in preparation of its inaugural season of play in the U.S. Soccer Development Academy. The academy’s first training sessions begin on Thursday.

FC Cincinnati has hired its academy system coaching staff in preparation of its inaugural season of play in the U.S. Soccer Development Academy. FCC director of player development Larry Sunderland announced the hiring of Ricardo Páez, Adrian Parrish, Joshua Neff, Nikola Katic and Dave Schurek for the club’s Under-15 and Under-17 teams. These new hires complete FC Cincinnati’s academy coaching staff ahead of the academy’s first official training sessions on Thursday.

Coming from Orlando City SC, Paez will join FC Cincinnati as the head coach of the U-16/17 academy team. Prior to joining Orlando City SC in 2018, Paez coached Miami United FC, where the club won the National Premier Soccer League’s Sunshine Conference in 2016. Paez also had an extensive playing career, competing in over 10 countries during the course of 20 seasons. In addition, he also made 64 appearances for the Venezuelan national team, scoring six goals.

Parrish will serve as an assistant coach on Paez’s staff. Parrish comes to FC Cincinnati after spending 14 years as the technical director of the Kentucky Youth Soccer Association, in which his primary responsibilities were to assist youth clubs with development, design programs to grow membership and create coaching curriculum. Parrish has also previously served as the head coach for Cincinnati United Premier DA Under-13 team.

Schurek will serve as the goalkeeper coach and administrator for FCC’s academy. Schurek comes from Kings Hammer Academy, where he was the director of Kings Hammer East since 2018. Before that, Schurek served as the director of coaching at Ohio Elite Soccer from 2012-18 and as the assistant goalkeeper coach for FC Cincinnati during the 2017 USL season. Schurek has also acted as the head coach of the University of Dayton’s men’s soccer team in 1999 and as head coach of Xavier University’s men’s soccer team from 2004-09.

“We’re very excited for the quality of coaches and people we have incorporated in FC Cincinnati’s inaugural Academy program,” Sunderland said in a club media release. “We have a diverse background within the staff and top-level professional quality coaching to go along. Plus, these are people who really want to see this program grow and be the best it can be. We’re fortunate to bring these coaches and staff members into our family, and we’re thrilled to have them lead our region’s top young soccer players in this new level of play.”