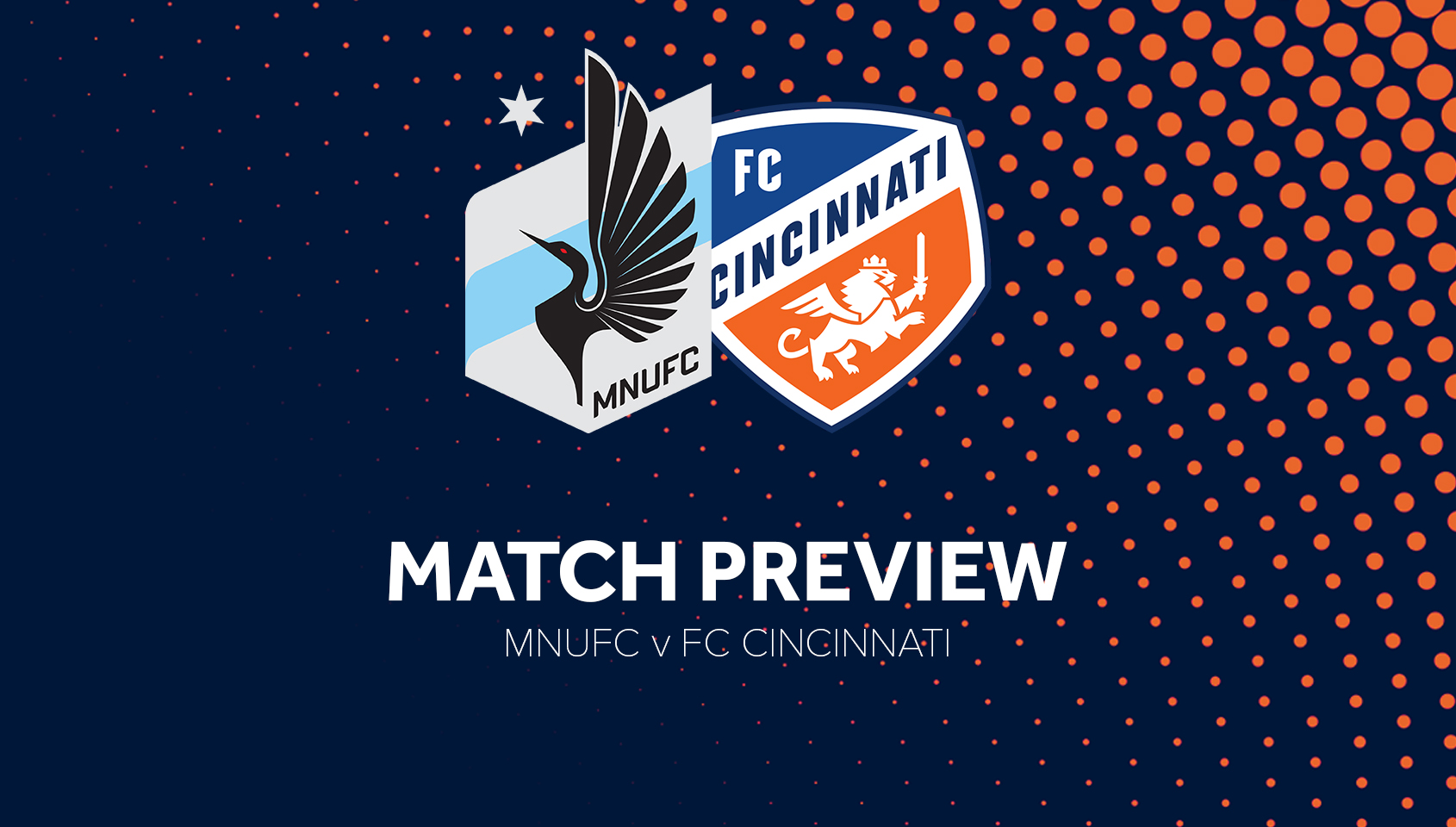 FC Cincinnati heads west Saturday to face Minnesota United FC at Allianz Field. The Orange and Blue will need to break their scoring drought if they hope to bring home at least one point.

The Orange and Blue head west Saturday to face Minnesota United at Allianz Field. Kickoff is at 4 p.m.

This will be the first time FC Cincinnati has faced Minnesota as an MLS club. The two clubs faced off in 2018 in the U.S. Open Cup, with FC Cincinnati falling 3-1 on penalty kicks.

FCC has definitely struggled during its inaugural MLS season. A coaching change one-third of the way through the season did not help matters. But interim coach Yoann Damet has brought forth positive signs of improvement.

There is no denying that this season has been rough. And it hasn’t gotten any easier with a slew of injuries, including Greg Garza, Fanendo Adi, Fatai Alashe and Roland Lamah. Additionally, the club still has four players out on international duty — Kendall Waston, Allan Cruz, Alvas Powell and Darren Mattocks. Leonardo Bertone will also be unavailable this weekend against Minnesota due to yellow card accumulations.

Damet has already been working with a depleted roster, and Damet has insisted that his focus is on formation; he has often had players play alternate positions. While the score may not always reflect it, the club is making improvements every week.

A thinned out roster means that FCC’s draft pics have been recalled and are getting some minutes. Frankie Amaya has been instrumental in building positive morale on the pitch and in the stands. Rashawn Dally made his first MLS appearance last week against LA Galaxy in front of a sold-out crowd at Nippert Stadium. Tommy McCabe has been on the sub list but has not yet appeared for FCC. Logan Gdula’s loan has also been recalled, and he might make it on the sub list this week as well.

No matter what formation Damet decides to go with or who makes that lineup, the end result is the same — getting points on the board and trying to win.

Emmanuel Ledesma and Amaya have proven to be a powerful duo on the pitch. Ledesma created multiple opportunities to score against the LA Galaxy, but completion was FCC’s biggest struggle. But if they’re able to rally and get the ball into the back of the net, maybe the momentum can propel them forward.

Scoring has not been a struggle for Minnesota this season. It has scored seven goals in its last two matches. Darwin Quintero and Angelo Rodriguez are going to be the biggest threats facing FCC’s defense and keeper on Saturday afternoon.

Minnesota has been the one club that FC Cincinnati has been compared to its entire inaugural season. Minnesota also faced a lot of adversity that first year, and it has worked hard to bounce back. FCC is hoping to do the exact same thing.

Only time will tell if the improvements in training will pay off on the pitch.