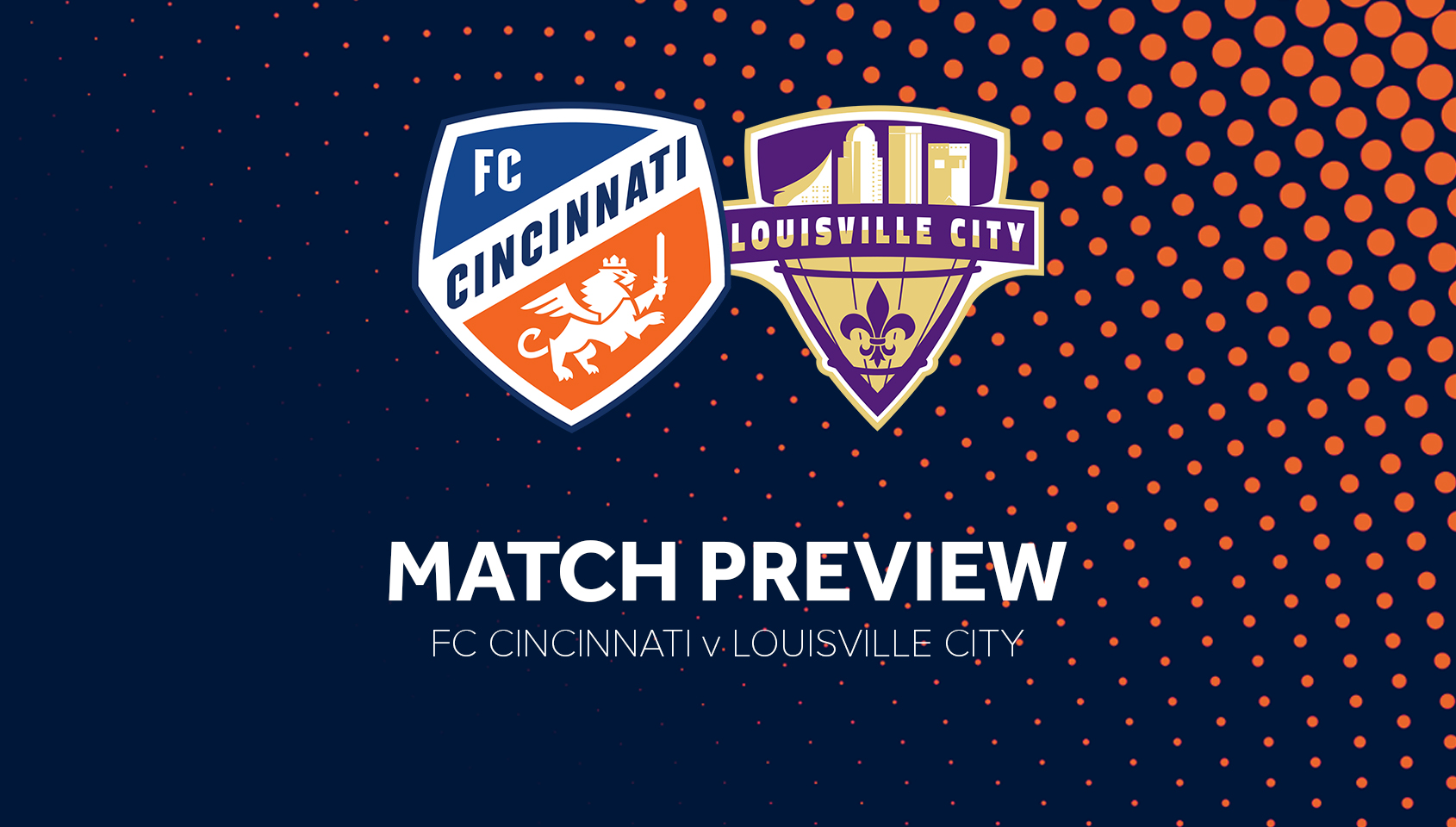 Cincinnati vs Louisville — League doesn’t matter when these two play. Both sets of fans just want victory and for the other to suffer

It may be destiny or it could be random chance. Either way, FC Cincinnati will face off against its USL rival Louisville City FC in the U.S. Open Cup at 7:30 p.m. Wednesday at Nippert Stadium. The Orange and Blue have taken a different path than their Purple nemesis, yet both clubs continue to grow in numbers and passion. Cincy, of course, played a three-year stint in the United Soccer League before moving up into Major League Soccer as an expansion team. The infrastructure fruits of that move can be seen downtown and in Milford, as cranes hit the sky. Louisville City has its own cranes working on a stadium. It is building one of the only new larger permanent stadiums in the USL.

Despite the league change for FCC, there has been no shortage of animosity lost between cities. Fans from each city have continued to wish poor results upon the other. As soccer in the region grows, so does the banter. The Cincy/Louisville rivalry is even better due to the mixed results between the two sides. In the past three years, Louisville holds the edge overall. Cincinnati has won in Louisville, Louisville has won in Cincinnati and the two have met in the USOC before. Cincinnati knocked Lou City out in 2017 to launch its path into the national spotlight as it reached the semifinal round. This time around, the match still holds significance. Louisville would love nothing more than to knock off their old rival who left them behind and entered MLS. Cincy desperately needs a win after struggling in its expansion season.

FC Cincy has three main issues to deal with heading into Wednesday’s showdown. First, it is still missing four starters due to Gold Cup. Darren Mattocks, Alvas Powell, Kendall Waston and Allan Cruz will not be in town to participate. If that wasn’t bad enough, Cincinnati also is missing Greg Garza and others to injuries, which limited Monday’s participants in practice to 15 players. USOC has its own set of rules that exist outside the leagues themselves. Each team will only be allowed five international players, so both clubs will do a bit of roster restructuring to compensate. It is unlikely either squad will use one on their keeper. Louisville isn’t immune to problems either. The club had a slower start than usual and has had its own fair share of injury problems. Louisville also is rebuilding after losing some key players in the offseason.

5 Keys to the Match