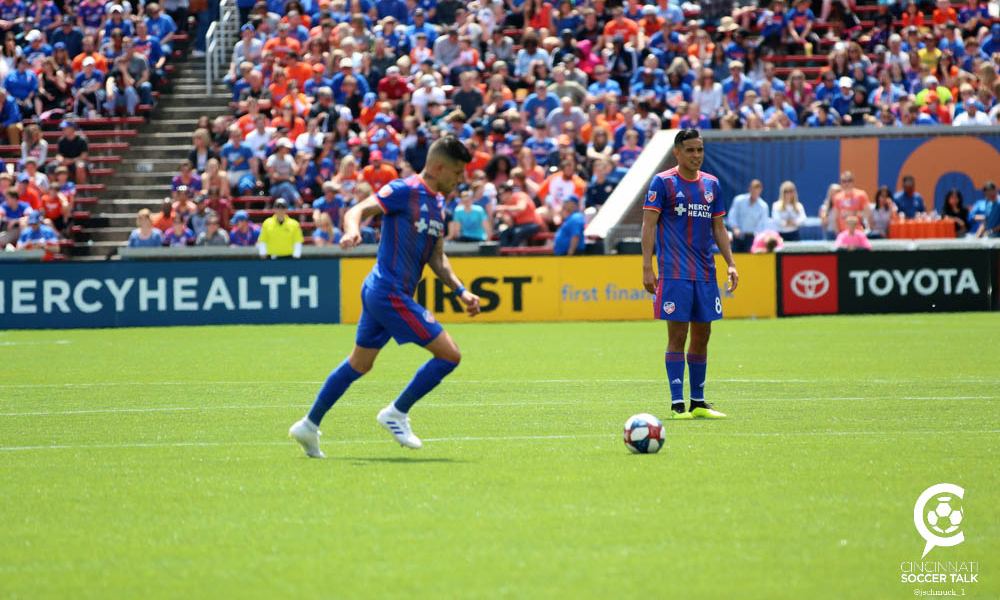 FC Cincinnati looks for a home win Saturday against the Red Bulls after a disappointing loss in Orlando.

FC Cincinnati returns to Nippert Stadium at 7:30 p.m. Saturday to face the New York Red Bulls for the second time this season. These two teams faced off last month in New Jersey, a 1-0 loss for FCC.

The Orange and Blue are looking for another big win at home after a disappointing loss in Orlando on Sunday. This will be the third match under interim head coach Yoann Damet. Damet has now had three full weeks of training with the club, and supporters are curious to see what the performance will be like.

The Red Bulls will be entering the match against FCC on tired legs; it is their third match in eight days. On Sunday, the Red Bulls boasted a 1-0 win over defending MLS champion Atlanta United. On Wednesday, they drew 2-2 against Vancouver Whitecaps at Red Bull Arena.

The Orange and Blue can hope to use these potentially tired legs to their advantage, but anything is possible against the Red Bulls. Damet is going to find himself struggling with the front and back line.

The back line could open up another weakness with the unavailability of left back, Greg Garza. Garza was subbed out in the 10th minute on Sunday against Orlando City with a calf injury. Garza has only been available a handful of matches all season due to injury, and the back line is noticeably weaker without him. Damet could change his formation approach to work around Garza’s absence, or he could continue to play Alvas Powell on the left.

The front line has been an area of contention all season, especially under former leadership. Darren Mattocks has been instrumental for the Orange and Blue, creating opportunities to score in the past match. Fanendo Adi has also made his way back into the 18-man roster and may be able to provide some extra firepower as well. Thankfully for FCC, Roland Lamah is back and also available for the match against the Red Bulls.

Additionally, FCC recalled Rashawn Dally, an MLS SuperDraft pick. Dally was on loaned to USL Championship side Memphis 901. Out of three appearances for Memphis, Dally has scored one goal. Having young and fresh players on the pitch like Dally and Frankie Amaya could prove beneficial for Damet.

The key issue, no matter what formation or technique Damet decides to roll out, is going to be creating opportunities, increasing momentum and getting the ball in the back of the net. The players seem to have better chemistry on the pitch the last two matches. It’s naive to assume there could be an overnight, drastic change with the turnover concerning leadership. But steps are being taken in the right direction. The Orange and Blue will have another chance to prove themselves in the environment they know best — at Nippert Stadium, with their supporters standing loud and strong behind them.