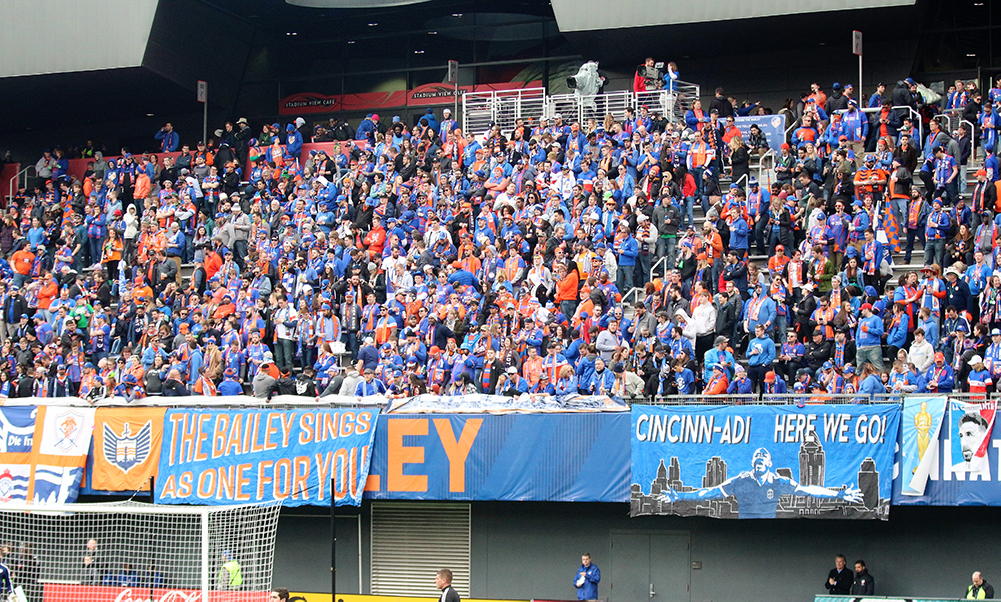 FC Cincinnati has a double game week this week, but so do the Philadelphia Union. Here are all the predictions for MLS Week 10.

Before getting into the results of last week’s games, I wanted to provide the predicted season points totals for all MLS teams and the trend and direction that each team is headed.

This is another aspect where the Poisson Distribution can be used to predict a team’s final points for the year. To calculate this value we take the number of points a team currently has and look at the teams remaining games using the Poisson Formula for each game and calculate the expected points a team could receive from each game. This methodology produced strong results in the past, but more importantly, it provides an approach that looks at how difficult teams’ futures are based on their year-long form and who they play in the future. 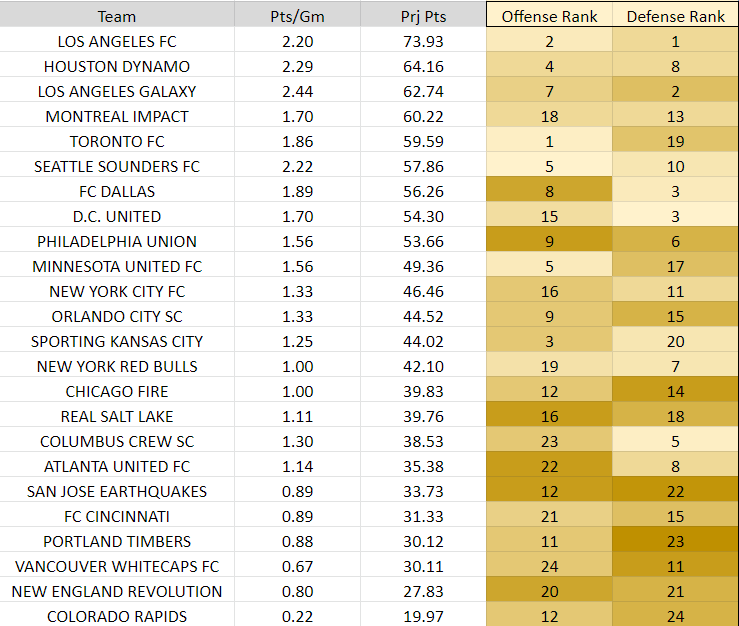 Last week FC Cincinnati had a projected season points total of 33 and now it has fallen to 31. Only four teams are currently projected lower than FCC, not a trend that is looking good for the team.  Also, FC Cincinnati has a projected finish of  11th only ahead of New England in the Eastern Conference.

Here are the current tiers:

Some of the big changes this week:

Minnesota and San Jose improved their points totals by gaining over six points from previous results.  Montreal and Houston followed with improvements of just over four points.

The biggest drop was far and away Columbus with a decrease of just over seven points. Chicago and Kansas City had dropped over four points from heir previous week.

Last week the formula correctly predicted six wins but missed on the remaining 11 games. This is about par for guessing — 33% — but not as well as I would have anticipated.  The fact there was a large number of teams playing twice in the week contributes to the difficulties in prediction. But that should even out when the weekend games had two teams that had already played once. Note: Things the formula cannot take into consideration are injuries, weather, fatigue, and international duty. 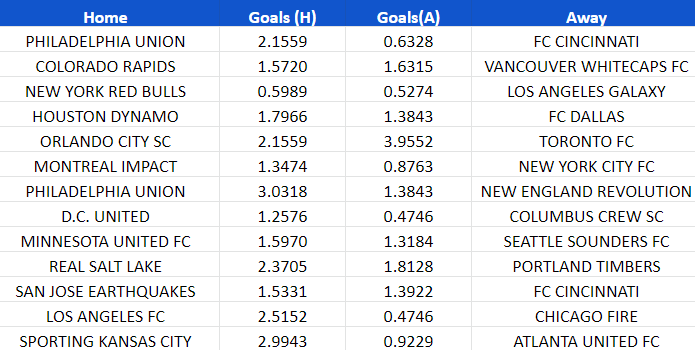 For FC Cincinnati’s game versus the Philadelphia Union, below are the score lines broken down by percentages. Reminder, this is based on teams playing at full strength and under ideal conditions.

For stats on FC Cincinnati’s second game of the week Saturday in San Jose, follow me on twitter @khoetker