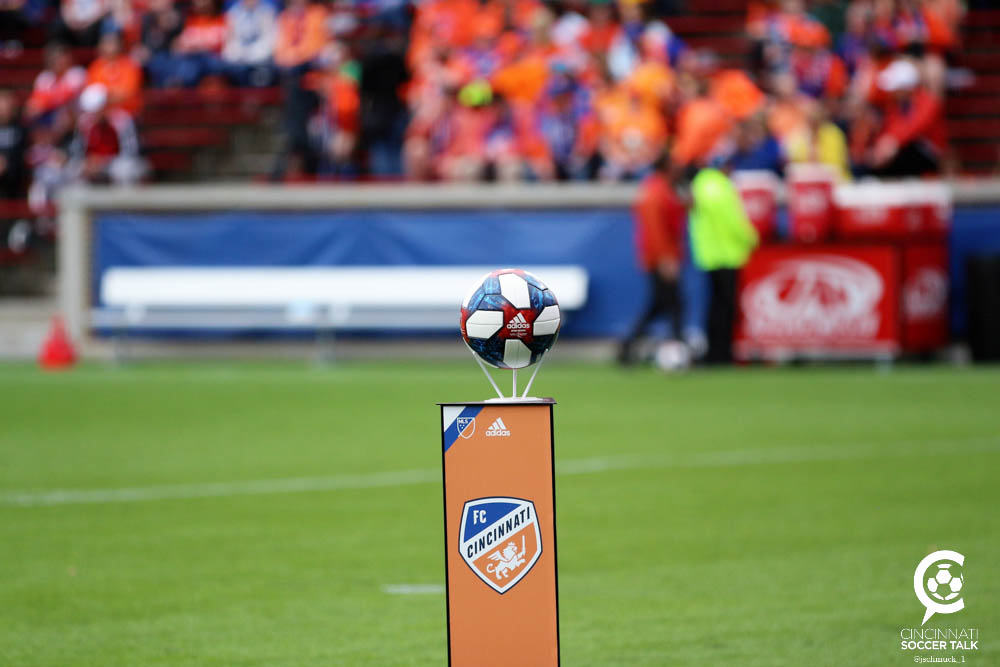 Nine of the thirteen games have less than a goal difference between the teams.  The local boys, FC Cincinnati, are favored over a Salt Lake team that struggles on the road.

Last week the formula correctly predicted six wins but missed on the remaining eight games. Feels like a rough start but when there are three possible outcomes in a game, win/loss/draw, getting six correct is pretty good. Out of the three games that were stated to stay away from this past week, two of the predictions the formula missed while getting the other correct. We are reaching a point where the data should be substantial enough that the formula can start using home and away forms.

For FC Cincinnati’s game versus Real Salt Lake, below are the score lines broken down by percentages. Reminder, this is based on teams playing at full strength and under ideal conditions. 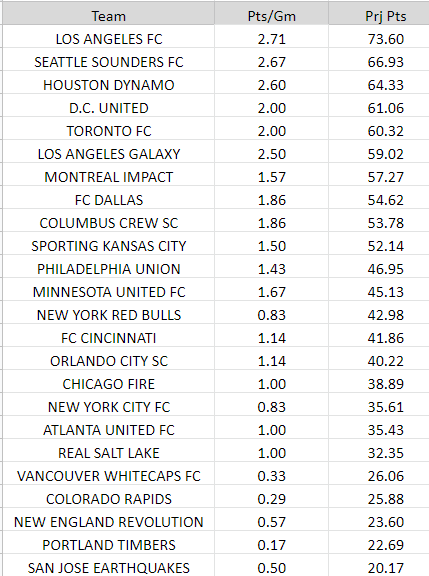 Here is another aspect where the Poisson Distribution is used to predict a team’s final points for the year. Not including last nights game LAFC was running away with the Supporters Shield.

Montreal received a large bump because they won their only home game and did not concede a goal.  Their projection will smooth out and drop a few spots when they concede at home.