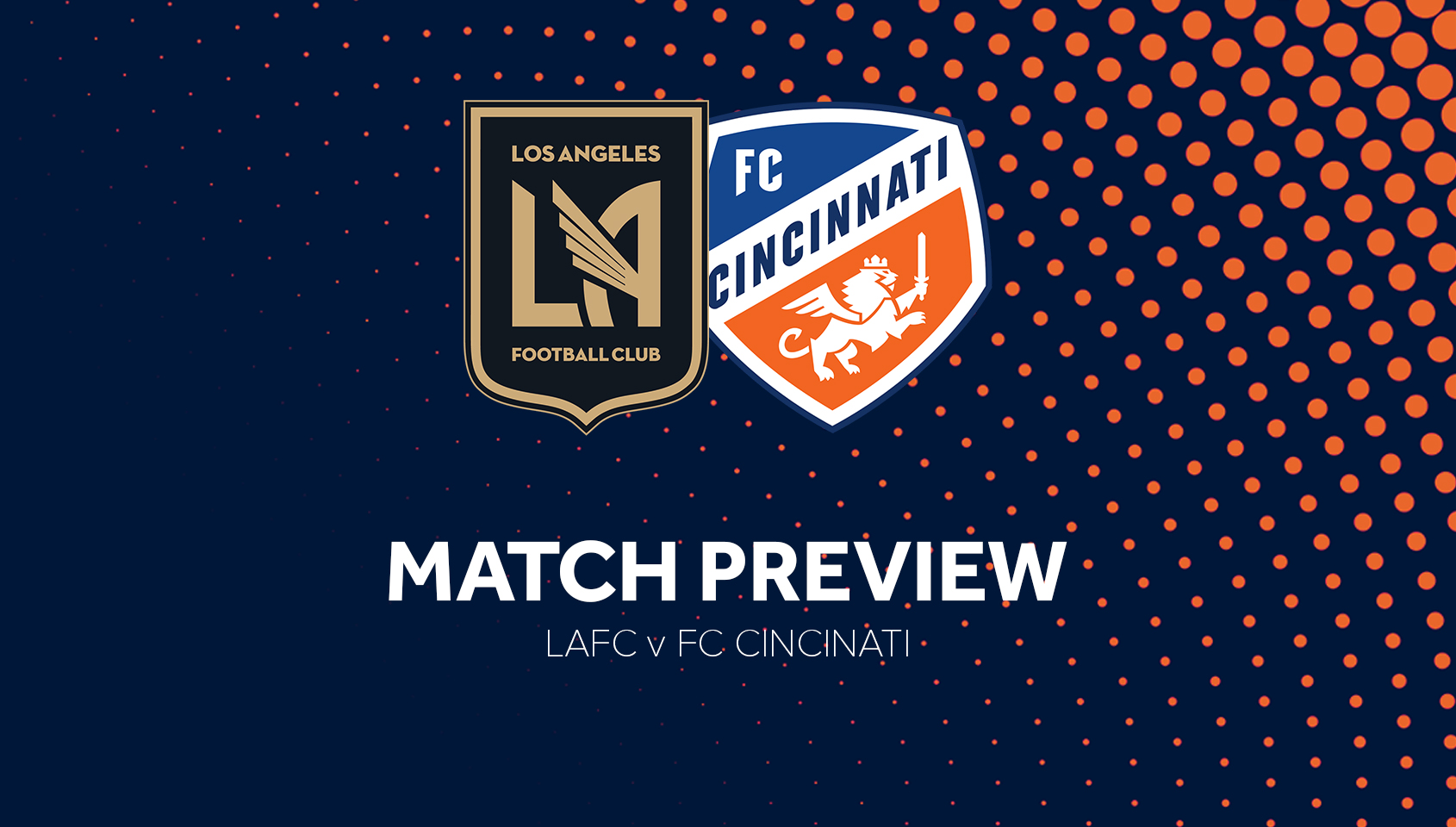 When the MLS schedule was released, FC Cincinnati’s match Saturday against Los Angeles FC was one that much intrigue had been placed upon. Little did we know that LAFC would be the juggernaut it is, currently leading the Western Conference. FC Cincinnati rebounded from an abysmal performance against the Philadelphia Union, where it was outdone in every facet of the match. Facing a weakened Sporting Kansas City side, the Orange and Blues took it to their opponent before eventually wearing down in the second half, mustering a 1-1 draw.

Aside from Fanendo Adi, Alan Koch fielded a squad that would most likely be a normal starting 11 against Sporting Kansas City. You can expect that against LAFC this weekend. Darren Mattocks notched his first goal for FCC from the penalty spot. The addition of Kendall Waston back into the lineup made a huge difference, compared to his absence against the Philadelphia Union. Waston’s leadership certainly is key for a team still looking to fully gel.

With Waston, Greg Garza, Nick Hagglund and Mathieu Deplagne have done a solid job this season defensively, with the exception of a few games. Defensively, FCC put a lot of resources into building a solid defense, and while the group isn’t perfect, it has done enough to keep the club in matches. In the team’s six games, the defense has conceded just eight goals. That includes the 4-1 drubbing at the hands of Seattle to begin the season.

Offensively, the story has been missed opportunities. The opportunities that were missed in the Sporting Kansas City match effectively cost FCC the full three points. Kekuta Manneh missed a wide open net and a chance to put the orange and blues up by two. Later in the match, Hagglund scored on a thunderous header, only for it to be called back for offside. Against clubs like Sporting KC and LAFC, those opportunities cannot be squandered.

The key piece offensively for this club is Kenny Saief. Saief used his ball skills and patience to put the Sporting KC defense on notice. Saief is a crucial player in the midfield. The club lacked an offensive midfield presence, but Saief has filled that role admirably. The problem at this time is fitness. Stunningly, Saief was subbed off in the match, late, for Eric Alexander. The move shifted the mentality from going for the full three points to not losing the match.

For FCC to have a solid night in southern California, Saief will need to once again step up and control the midfield, like he has so far this season. Big players need to step up in big moments in big games. That is expected from guys like Garza and Saief.

On the other side, LAFC has been unbeatable this season, outscoring its opponents 19-5 in six matches. The much-hyped match against DC United was completely one-sided. LAFC went to the nation’s capital and completely dismantled the Eastern Conference leaders. Aside from a 2-2 draw on the road in New York, LAFC has dispatched everyone who has been put in front of it.

Coming into the season, LAFC was one of the clubs favored to capture the MLS Cup. It has certainly not disappointed. LAFC made major waves before they even kicked a ball in their inaugural season last year when it signed Mexican international Carlos Vela.

Vela has lived up to all of the hype. He currently is the league leader in goals with seven and assists with four. His performance this season has earned him player of the month honors for the month of March. Vela is the player to watch on LAFC and for good reason. He is currently on pace to run away with the MVP award.

LAFC is not a one trick pony. Diego Rossi is an offensive juggernaut and another major piece for the club. He has added six goals on the season, just a goal behind Vela for the league lead. Rossi and Vela single-handedly knocked off DC United. Rossi recorded a hat trick, and Vela added the other goal in the 4-0 victory.

With a tough environment like what FCC will face on Saturday night, veteran leaders like Waston and Garza will be crucial in keeping things cool, calm and collected. This was going to be an incredibly tough match for FC Cincinnati regardless of the situation, but with LAFC flying as high as it is, the Orange and Blues can hope that LAFC will overlook the newest expansion team. FC Cincinnati is no doubt the underdogs but can play with house money as it looks to pull off the biggest result of the year.