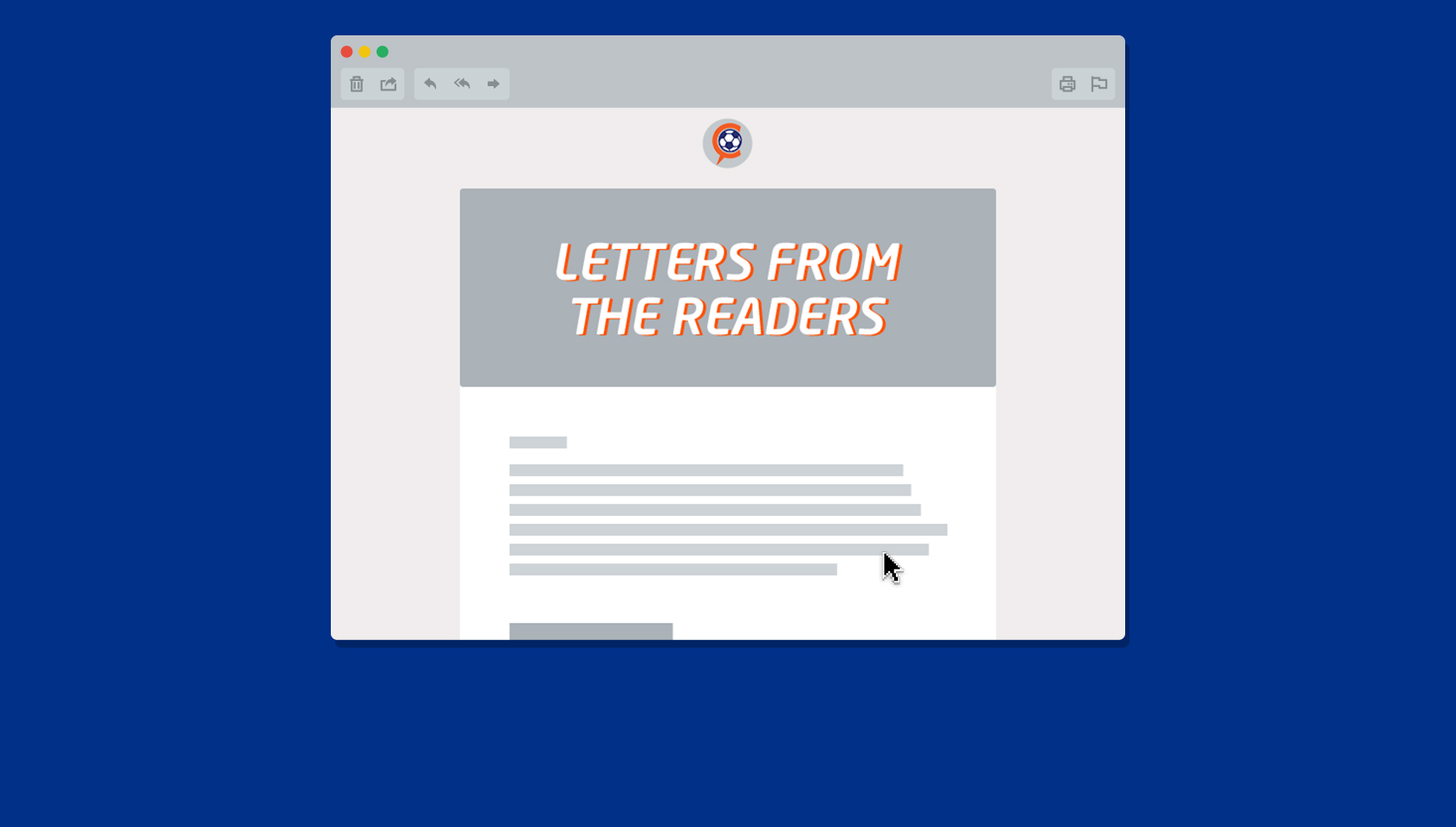 On Monday we asked our readers: How many points FC Cincinnati should/needs to pick up from the remaining three April matches and why? This is what you sent in.

Hello, Thank you for allowing me to post my thoughts on what FC Cincinnati needs to accomplish for the month of April. As the last 3 matches (1 home, two away)  I believe FCC should pull at least 4 points (1 win, 1 loss, 1 draw). The loss to LAFC will not be a shocker, but if a draw can be obtained, it would be golden for the Orange and Blue. The win at home over Real Salt Lake will be necessary and would be a setback if we cannot get those 3 points. The draw over the Red Bulls will be an accomplishment and gaining a point on the road would solidify a decent April campaign.

I see FC Cincinnati continuing to familiarize themselves on the pitch and making better strides in midfield play.  The defense has been stellar to date and I see this continuing in April.  The play up front will need to be strengthened as Adi continues his legal process, with Mattocks and Lamah working with Saief and Cruz to make better passes and get better chances.  I certainly hope we see FC Cincinnati going 90 minutes strong every match, and if all can remain healthy, 4 points or possibly 5 points out of 9 can be a reality.

FC Cincinnati needs to grab at least 4 points from their next 3 games. Here’s why:

LAFC: This will be our toughest opponent since Seattle. And to have to travel to their home turf will make this even more difficult. They have won their last two games by outscoring their opponents by 9 goals and not conceding. As much as we’d like to say they’re a one-trick pony with Carlos Vela, this team is gonna be tough to beat all season. Haven’t dropped a point at home all season, we’ll be lucky to grab one in the city of angels next weekend.

RSL: It has been a tough start for Real Salt Lake this season. Typically a strong small market team, they have 4 losses in 6 contests and don’t look their typical strong side. FCC returns home where they haven’t won their past two matches. They’ll be looking for something more out of this game. Need 3 points.

NYRB: The Red Bulls also haven’t looked like their typical dominant form to start the season. After strong results against Columbus Crew and San Jose, they’ve dropped their last three contests against weaker teams. Playing in NY is never easy though, so despite wanting to beat the team that has caused us so much heartbreak in the past, I’d be happy leaving Red Bull Arena with 1 point.

Standings: 4 points from our next 3 games give us 12 on the season and keeps us right in the thick of the playoff hunt, which is incredible given what has been a difficult schedule to start the year. With some easy fixtures to follow this stretch, it would be nice to carry some momentum into those games. Any less than four would be disappointing and could be a drag on an otherwise fantastic start. I’ll be looking for defense in LA to try stopping what has been unstoppable and trying to find a spark on offense the following two games.

Thanks for all you do at CST, looking to contribute in whatever way I can.

For me personally, I think we would need some sort of divine intervention to get any points away at LAFC. I watched them on Saturday against a DC team that was considered to be the best in the Eastern conference and they got embarrassed at Audi Field. However, DC United plays a different style of soccer than we do, so I don’t think we’ll go in there and try to play “beautiful” soccer like DC did this past weekend. I think if we were to get anything at LAFC it would have to be a 0-0 draw or a 1-0 win. Our defending will have to play a very low line in hopes to frustrate Vela and crew. We will probably only hold about 30 percent of the possession so we will have to be clinical with chances that we do get. Albeit not impossible, I’m very much expecting a loss for this upcoming weekend due to LAFC’s form and the fact that we have to travel all the way to Los Angeles.

From what I’ve seen of Real Salt Lake, they are the team that we need to get 3 points against if we are to make the playoffs. They were known last season for being inconsistent and have continued that trend throughout 2019. This game could be tricky because if they come out and are on their game then they could be a handful. The key to this game will be shutting down Rusnak in the middle of the park because when Salt Lake is playing their best soccer, everything is running through him. Salt Lake isn’t known to be great on the defensive side of the ball so I think that is something we can take advantage of with our pacey counter-attack. For this game, I predict a 2-1 win at home.

New York Red Bulls have lost some key players this season. In the offseason, Tyler Adams left for RB Leipzig and has been showing his quality of in the Bundesliga since he’s arrived. Another noteworthy loss was Valot who tore his ACL during CCL play. Also, it seems as if there no 10, Kaku, is making life difficult for his team by posting about them and the front office on social media. From the looks of it, this isn’t the NYRB that won the regular season last year. I think FC Cincinnati should at least be getting a draw in this one. NYRB doesn’t have much of a home atmosphere and as it currently stands, I think a BWP masterclass is the only way I can see them getting 3 points against us. For this game, I think FC Cincinnati will win 1-0 due to NYRB’s lack of form and cohesion.

From these 3 games, I think I can realistically see us pick up six points. With shaky form for NYRB and RSL, there’s no reason why we cannot do this. If not, I think we need to ask some questions about our roster and potentially look to bring in some depth in the attacking midfield and at the striker position if Adi is still out for his suspension.

April is looking to be a pivotal month for the boys in Orange and Blue. After getting a much needed but somewhat disappointing point against Sporting Kansas City, the importance of these next three matches cannot be understated. Getting out of April with 5 points should be considered a successful month.  However, that will not be an easy task.

The boys take on the hottest team in MLS this weekend in LAFC. They have only scored 9 goals in the last two matches while dismantling a very good DC United team. Getting out of LA with no red cards or injuries may be the best “win” the team can get.  We will go with 0 points from that game.  That leads to a huge match on Good Friday against Real Salt Lake at Nippert. RSL is struggling mightily on the road this season at 0-3-1.  FCC needs to take advantage of that poor form and take all 3 points in that match.  They then head to New Jersey to take on a Red Bulls side that has got off to a disappointing start. NYRB cannot be expected to underperform for long and will be a contender in the East in the end. While a win would have huge implications in the Eastern Conference standings, a draw is more realistic.

That would see FCC get out of April with 5 points and would have them sitting at 12 points after 9 matches. That would be a great start to the inaugural season and have the boys in a good spot with momentum heading into a May schedule that sees 4 Eastern Conference opponents. Every match matters in the MLS and anything less than 4 points in these next three matches could have a major impact on playoff ambitions.

Several people sent in point totals as well. Justin Sanders thinks FC Cincinnati can get six but would be happy with four. Matt Imholt sees no reason FC Cincinnati can’t pick up all nine and added golden quotes. “Real Salt Lake might as well not even show up for their match. Seriously, why they will even take the pitch? On a Friday night at Nippert, they stand about as much of a chance as the Oakland A’s in the 1990 World Series”. “We tied the New York Red Bull’s for 90 minutes in the USL, so we should be able to easily dispatch them now.”

Thanks for sending in your emails and making your thoughts heard.