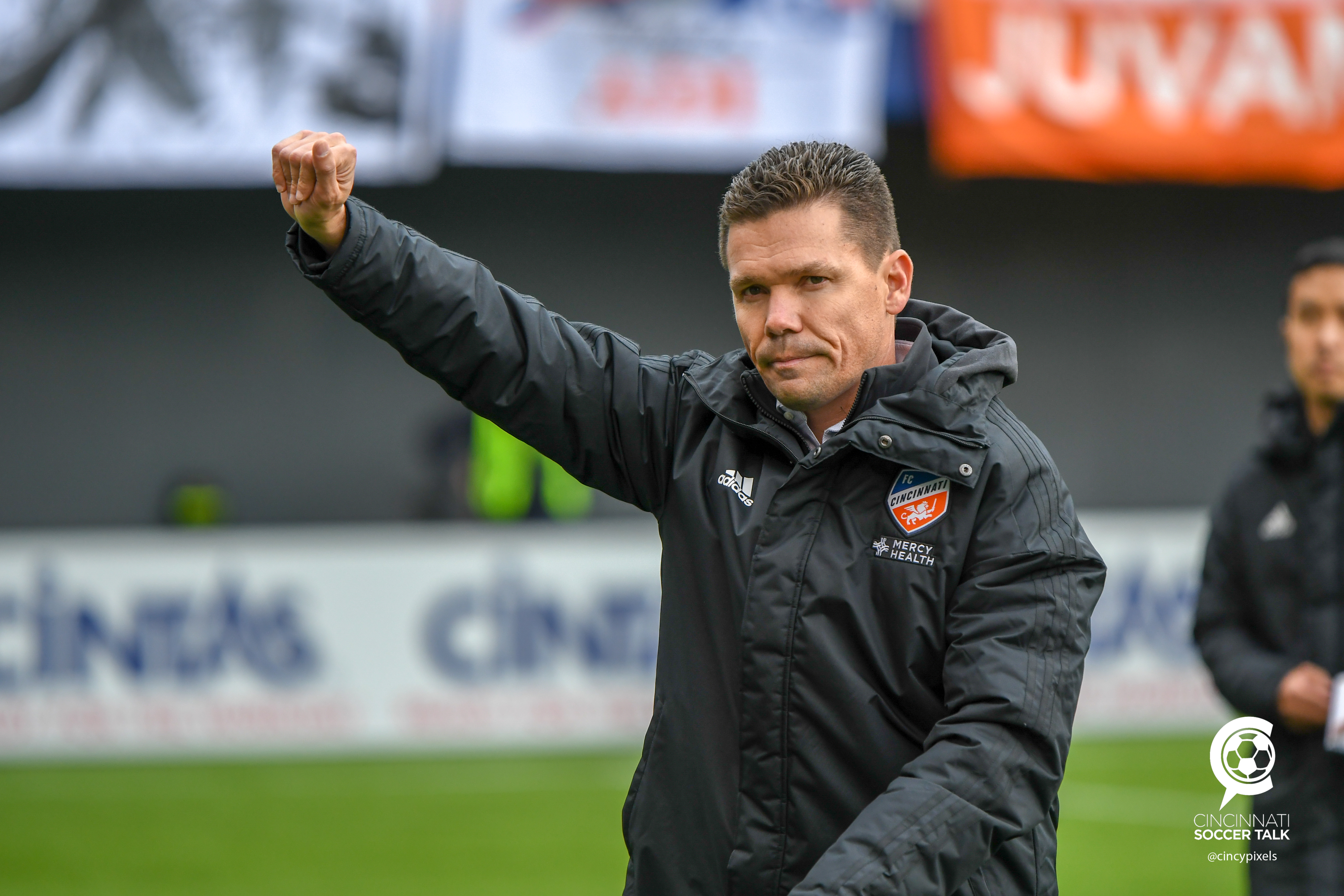 Four FC Cincinnati team members were on the MLS Team of the Week. Alan Koch and Spencer Richey were the starting coach and GK respectively while Kendall Waston and Victor Ulloa were on the bench.

The 3-0 win over the Portland Timbers wasn’t the only reward for FC Cincinnati this week. Four members of the team are on this week’s MLS Team of the Week. Coach Alan Koch is the manager, and goalkeeper Spencer Richey made the starting lineup. Center back Kendall Waston and midfielder Victor Ulloa were placed on the seven-player bench.

Koch brought the same starting 11 as the Atlanta United match a week ago. The team started well, scoring a goal in the 15th minute and staying strong for most of the half. The squad was ready almost immediately, and there were only a few times when Portland looked formidable. The Timbers offense looked discombobulated and couldn’t really get much working.

Then Koch’s substitutions were as good as they could have been. Fanendo Adi sustained an injury at the end of the first half. So Koch brought on Darren Mattocks to begin the second half. He fit well with the pace of the match. His second substitution was Greg Garza for Roland Lamah. He came on after the third goal. This seemed like more of a defensive sub, but Lamah seemed a bit gassed as well. His last sub was Emmanuel Ledesma for Kekuta Manneh. This was Ledesma’s first appearance of the season, and he made an immediate impact, hitting an excellent corner and almost scoring after a pass was deflected before it made its way to him.

Richey made his second straight start between the sticks. In the match, he posted his first MLS win and clean sheet. He also tallied three saves during the match. One of those, in particular, was great — a pair of saves in the 32nd minute, as noted in FC Cincinnati’s media release.

Going to the bench, Waston had his first goal in an FCC jersey in the 15th minute as well as a top-class celebration. He also played the entirety of the match and was a force on the defensive side of the ball, showing himself each time Portland looked menacing. He was great on corner kicks, getting his head on the ball and out of the box.

Last but not least, Ulloa was great on Sunday, linking the defense and top part of the field together. He led all FC Cincinnati players with 69 touches and 53 total passes, completing 86.8 percent. He also had three tackles, two clearances and two interceptions.