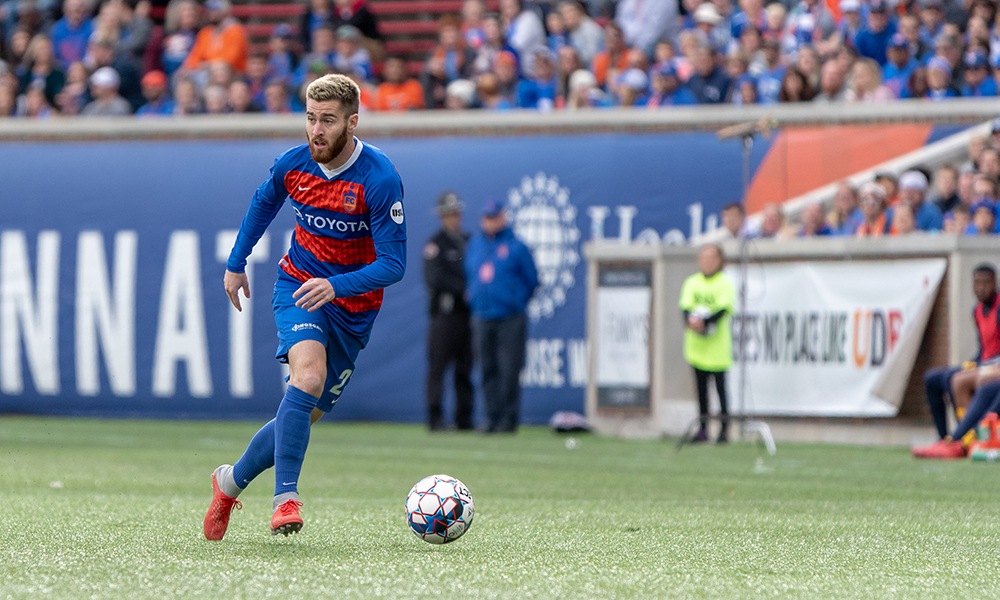 FC Cincinnati announced Thursday it will place left back Blake Smith, a starter for the 2018 USL team, on waivers.

FC Cincinnati announced it will place left back Blake Smith on waivers Thursday, according to a club media release.

Smith played an integral part of FC Cincinnati’s record-breaking USL season in 2018. He started in 30 matches last year and notched the first goal of the season for the Orange and Blue.

Smith performed well enough last year to earn a call-up to MLS. He made seven preseason appearances and worked his way onto the 18-man matchday roster for the inaugural match in Seattle on Saturday — just five days ago.

Thank you to all of the @fccincinnati fans who welcomed me with open arms. It was an honor to represent such an amazing city. I made some great memories here and some friendships that will last a lifetime.
Proverbs 3:5-6

According to MLS rules, a club may place a player on waivers any time during the regular season, at which point he can be selected by any other club. The waiver claiming period starts on the first business day after the league notifies clubs and ends at 5 p.m. Eastern on the second business day.

Because not all MLS clubs have played three matches this season, waiver order is determined by last season’s performance, taking playoff performance first, according to league rules.

If no club claims Smith before the deadline, he becomes available to any team on a first-come, first-served basis.