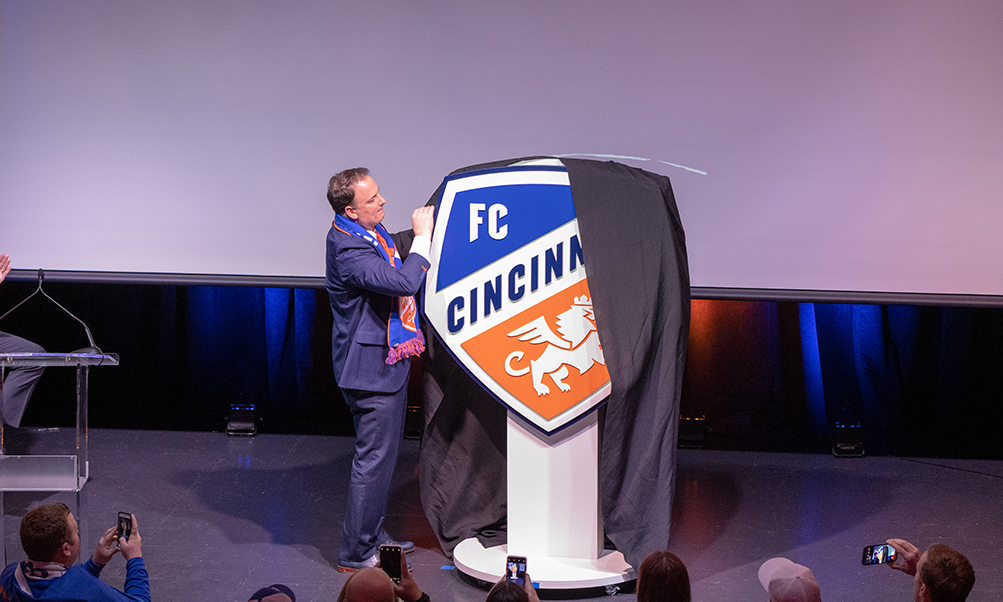 On Tuesday, FC Cincinnati announced that WDJO will become the new flagship radio station. All matches for the 2019 and 2020 seasons will be broadcasted on three of the network’s stations, 99.5 FM, 107.9 FM and 1480 AM.

WDJO broadcasts will also be available on TuneIn by searching for the station name. FCC’s website will also air the broadcasts for desktop and mobile devices.

The first broadcast to be aired by WDJO will be FCC’s inaugural MLS match Saturday against Seattle. Each station will also air a 30-minute postgame show.

Tom Gelehrter returns as the play-by-play announcer, along with analyst Kevin McCloskey and sideline reporter Lindsay Patterson. This team has been working alongside of the club since its inception.

Additionally, FC Cincinnati also introduced its new mascot, an orange- and blue-winged lion, given the name Gary by the supporters. Designed by AMAZING!! Mascots in Chicago, Gary was inspired by the social media following he gathered after the crest reveal in November.

Supporter reactions to the Gary mascot have been mixed, ranging from excitement to confusion. The small size of the wings seems unbalanced in comparison to the size of the wings on the crest itself. But the biggest question remains — where is Gary’s sword?

Sword or not, Gary will be available for children to meet before matches at Sheakley Lawn. Gary will also be perusing the concourse level at Nippert Stadium during home matches.

For appearances outside of FCC matches, Gary is available upon request and for an undisclosed fee. Companies and supporters can request appearances via FC Cincinnati’s website.

Heineken is now the “Official Imported Beer of FC Cincinnati.” Heineken will also be the official sponsor during Rivalry Week, in which FCC hosts Columbus Crew on Aug. 25. In addition, there will be a “Heineken Supporters Bar” behind the Bailey at Nippert Stadium. This bar will also be available in the new West End stadium. There will also be additional points-of-purchase throughout the stadium for those over the age of 21 with a valid ID. Heineken will also host viewing parties for away matches in the Greater Cincinnati area.