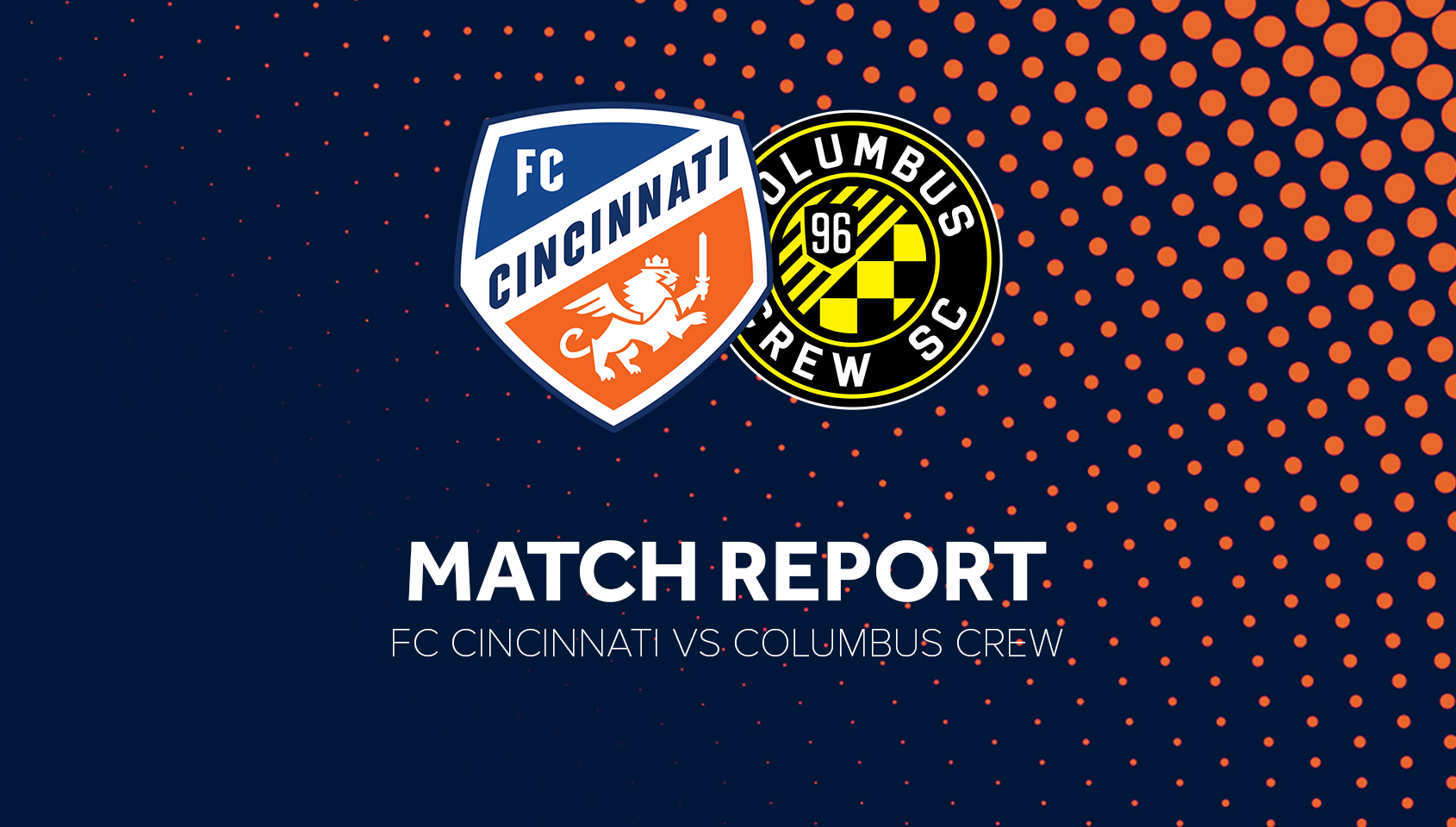 Hell was certainly real for FC Cincinnati when they played Columbus Crew, as it lost 3-0 Saturday in the final Charleston Challenge Cup match to end the preseason. This was also the first time the two teams have played each other since their meeting in the 2017 U.S. Open Cup.

The match was terrible from the whistle for FC Cincinnati. FCC allowed Columbus to do whatever it wanted. This included passing inside the box and getting good runs in the attacking third. Columbus easily made its way up the pitch, and there were pockets of space everywhere. It seemed like some of the players on FCC didn’t know where they needed to be, which is a product of playing a large rotation of players in the preseason.

The match only got worse as it went on. Columbus forward Gyasi Zardes hit the ball from a few yards outside the penalty box and past goalkeeper Przemysław Tytoń to give the Crew a 1-0 lead in the fifth minute. Zardes almost had another in the 12th minute, and it actually went in the net, but he was called offside.

While all of this was going on, FCC was having a lot of trouble even holding onto the ball. It would get the ball and try to pass around in the back, and every time a pass was made into the midfield, it was easily picked off. Also, due to the defensive shape FCC employed, even when Fanendo Adi or Roland Lamah got the ball and looked for an outlet, there was usually only a couple others there.

Following the Zardes offside call, Columbus continued to pick away at the FCC defense. It broke through again in the 20th minute thanks to another Zardes shot, giving him his second of the match.

After the goal, Columbus continued to keep the possession, but FCC did get a chance or two. One, in particular, was when Columbus defender Jonathon Mensah got a yellow card just outside the box, giving FCC a free kick within a good range. The free kick was wasted, though, with the Lamah shot getting deflected and then the ensuing corner being a lousy one.

The match went from bad to worse to downright awful in the 29th minute. Lamah, while going for the ball, clipped a Columbus player and slid into him, taking a straight red card for it. The Columbus subs stood up, as it happened right in front of their bench, which led to emotions running quite high for a short spell. This also forced FCC to play with 10 men for the rest of the match.

Even though FCC was down to 10 men, there were only a couple big chances for Columbus, most likely because of a renewed drive to sit back and defend. Thankfully for FCC, the first half came to an end.

The second half wasn’t any better for FCC. Almost as soon as the half began Columbus was right back on the attack, as one would expect. After an earlier play had Justin Hoyte’s ankles get demolished, he was again played. This time it was by Pedro Santos, who juked the Englishman to get the ball to his preferred left foot and then shot, curving into the far left side of the net to make the match 3-0 in Columbus’ favor.

After the goal, both Caleb Stanko and Fatai Alashe came on for Kendall Waston and Eric Alexander respectively.

FCC had the best chance of the match in the 63rd minute. Mathieu Deplagne got a header from a free kick which hit the post, and then Stanko collected the ball. He, then, shot it towards the net and hit Adi, which went out for a Columbus goal kick.

The rest of the match was Columbus holding onto the ball and waiting for a good attempt. That didn’t really come up due to FCC’s overwhelming amount of players defending. Blake Smith did come on for Hoyte, who looked outmatched from the start. Allan Cruz also entered into the match for Leonardo Bertone as well as Corben Bone for Alvas Powell

Overall, the match was awful on all sides of the ball for FCC. They couldn’t attack, and their defense was porous, with holes like a slice of swiss cheese. The midfield was basically not even there and the goalkeeping was suspect, to say the least. The Enquirer’s Pat Brennan asked head coach Alan Koch if Tyton would be the starter and look below at what he said.

Asked AK afterward if he thought Titi was at fault for any of the goals (my view was obstructed). Initial thought was Titi wasn’t at fault.

I then asked if he was ready to officially name a starter at GK. He said he wasn’t going name anyone a starter after tonight’s performance

The worst thing about this match is it was the final one of the preseason. Also, the team looked the least ready out of all the matches they’ve played. If this is what the season holds for FCC, it’ll be a long one.

This was probably the first match where FCC played what I might call a full lineup. There are a couple players I’d prefer over others, but overall the lineup was who we thought would start and that is more than concerning. This lineup allowed three goals to Columbus, and a red card threw things off a bit, but not really. This is the team the club has now, and the preseason didn’t do much to help the team get better with each other.

In the match, like most of the preseason matches, there was a noticeable gap in between the defenders and the forwards. Whenever Adi or Lamah got the ball, they couldn’t do anything with it because they were all alone. This not only hurts the attack but the defense as well because they have to defend constantly when the attack keeps giving the ball up.

My last thought of the preseason is, again, about the captain’s armband. Waston wore the armband, and he will most likely be the captain for Match 1 against the Seattle Sounders. FCC traded for not only his talent but his leadership too.

Next up
at Seattle Sounders,  10 p.m. Saturday, CenturyLink Field, Seattle