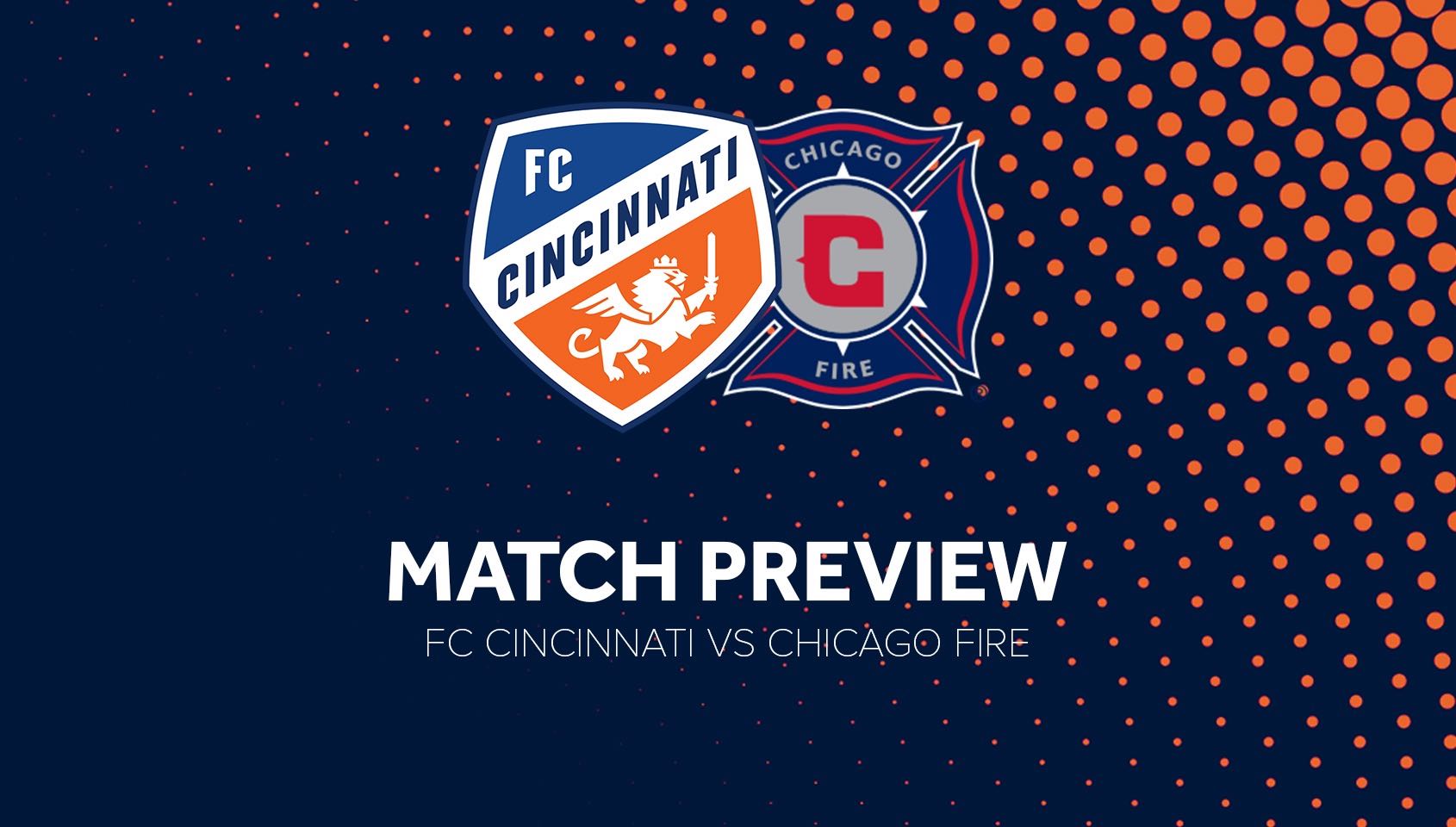 The 2019 preseason has yielded positive results thus far for FC Cincinnati. After a successful stint in Bradenton, Fla., at the IMG Academy, the club shifted its preseason focus to the Carolina Challenge Cup in Charleston, S.C. FC Cincinnati kicked off its run in the CCC with a 2-1 victory over former USL rival Charleston Battery. Next up the Orange and Blue face off against the Chicago Fire at 7:30 p.m. Wednesday.

Most of us remember the last time these two clubs faced off in the 2017 U.S. Open Cup. Things have changed a lot since that time. FC Cincinnati joined the MLS ranks, and many of the faces have changed since that fateful night in the summer of 2017.

The offense has been able to get going somewhat hus far. Both the forwards and defense have either scored or assisted on five goals. With Fanendo Adi and Darren Mattocks getting in the groove, things could be looking positive this preseason. Adi and Mattocks have been crucial for the offense so far. They will need to continue to shake off the rust and get into the groove as the season gets rolling in a week and a half.

With just two friendlies left before the opening match in Seattle, this is a crucial match for continuity. Most of the moves have been made in terms of becoming roster compliant. There are a few more moves that will need to be made before the deadline, so these minutes are big for some of the players on the fringe. Coach Alan Koch has kept a good amount of the guys together, making mass changes at the half or just a little bit after.

As with every match so far, one thing to pay attention to is the formation that Koch rolls out. In his conference call with the media on Tuesday, Koch said he was going to be using a 3-4-3 again in this match. So far this preseason, we have seen a 4-3-3 and a 3-5-2. Koch went with a 3-4-3 last match and will go with that formation against the Fire. With the use of the 3-4-3, it will be interesting to see how this team continues to function against another MLS club.

The Fire were absolutely brutal last season, finishing 10th in the Eastern Conference with only 32 points. Chicago went from one of the best teams in the league in 2017 to near the basement in just a season. This is going to be a big year for the Fire, and they will need their stars to step up and help this club march toward the playoffs.

Chicago does have some great talent on their roster, including Designated Players Bastian Schweinsteiger and Nemanja Nikolic. The resume of Schweinsteiger speaks for itself. He has won almost every major trophy in soccer. While at Bayern Munich, he captured the Champions League, Bundesliga, DFB Pokal (German Cup), FIFA Club World Cup and a UEFA Super Cup. While with the German national team, he was on the 2014 World Cup winning squad. The experience of Schweinsteiger is crucial for a team in flux.

Aside from Schweinsteiger, the Fire have a roster including solid MLS staples in goalkeeper David Ousted, defender Johan Kappelhof and midfielders Dax McCarty, Raheem Edwards and Djordje Mihailovic. The goalscoring is expected to come from Nikolic and Amando Moreno. Nikolic finished seventh in MLS last season with 15 goals, which was just over 31 percent of the club’s goals in 2018. Moreno is a name familiar with FC Cincinnati fans. With the New York Red Bulls II, he scored the goal that knocked FCC out of the USL playoffs last season.

Once again, the match will be streamed on the Charleston Battery website. Stay tuned to Cincinnati Soccer Talk after the match as we break down one of the final preseason matches in 2019.