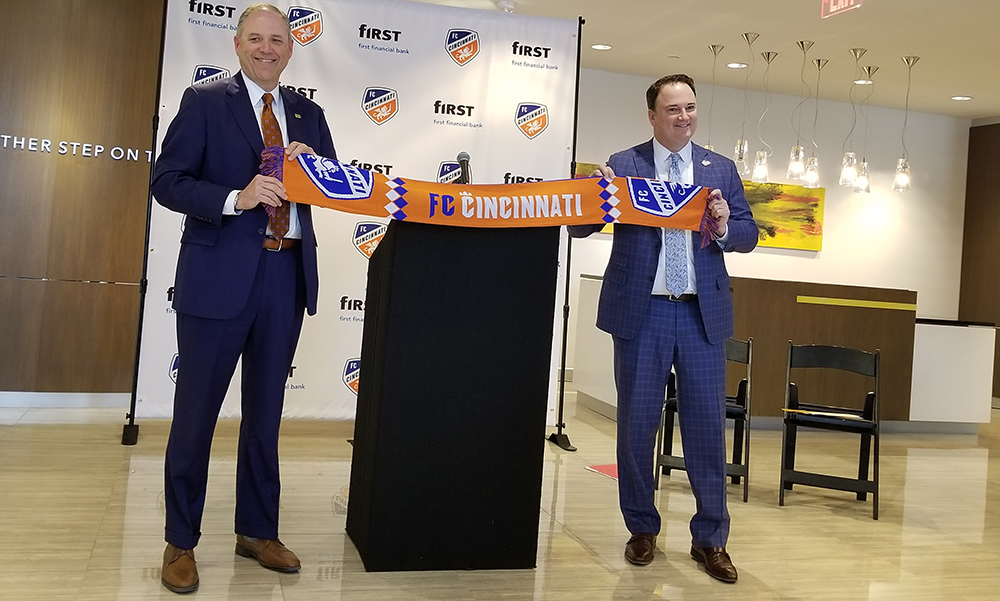 The multi-year partnership includes game day and in-game experiences, a consumer banking program including a branded debit card, ATMs throughout the region, extensive community programming and elements at Nippert Stadium and the new stadium in the West End.

Club president and general manager Jeff Berding said First Financial is “a hometown success story, much like FC Cincinnati. Because community is so centric to what we do, we are thrilled to have a hometown bank — First Financial Bank — as our exclusive financial service partner.”

“The many attributes that attracted us to this partnership was FC Cincinnati’s commitment to the community,” said First Financial Bank President and CEO Archie M. Brown Jr. “We look forward to being an active and engaging member, along with FCC, in investing in the West End community. Both of our organizations value success and are committed to investing in our home town. FC Cincinnati’s been an incredible example of the passion and excellence that the Cincinnati community works toward every day.”