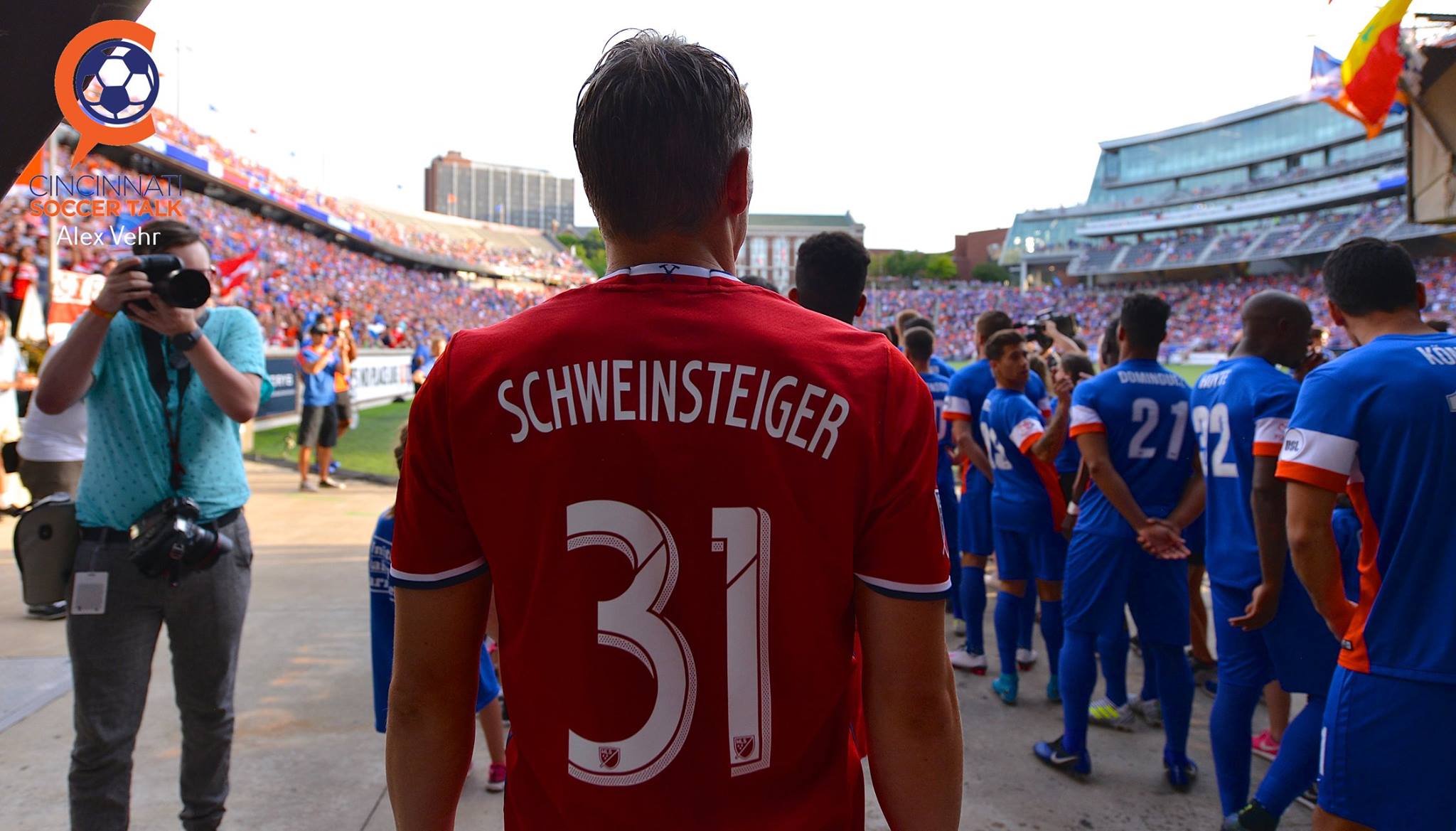 Fans will have a chance to see several internationally established players at Nippert Stadium in FC Cincinnati’s inaugural MLS season.

Reality set in for FC Cincinnati fans on Monday when they got their first glimpse of the inaugural MLS season schedule. FCC plays nine of its first 10 matches against 2018 playoff participants, and six of those are on the road. FCC did plenty to strengthen its MLS roster, but nudging into the newly-expanded seven-team playoff field might be too much to expect in the first season, especially with such a daunting early slate.

So while the MLS schedule makers didn’t exactly roll out the welcome mat for Alan Koch’s club, there’s still plenty for FCC fans to be excited about, namely the allure of seeing some of MLS’ best talent on the pitch.

When the stars come out this summer at Nippert Stadium, here are the visiting players FCC fans should be most eager to watch:

The Swedish striker might top the list of star attractions to play at Nippert this season, but he comes with a disclaimer: Ibrahimovic last season said he would only play on an artificial surface if it was “life or death”, meaning in the postseason or in a match with playoff implications, which won’t be the case in June. But we can dare to dream. Since the match occurs during the Gold Cup, it’s possible the Galaxy might need Zlatan to contribute. If he does play, FCC fans will see a global star who played for some of Europe’s most revered clubs while scoring 62 goals for the Swedish national team and 22 last year in MLS.

The Everton boyhood star and Manchester United legend didn’t look like a player who was content to ride off into the sunset in MLS last season. Rooney scored 12 goals in 20 appearances in his MLS debut, helping lift DC United from last place in the Eastern Conference to a fourth-place finish in barely three months. The 33-year-old showed some of the quality on the ball that helped him score more than 200 goals in the English Premier League and be the all-time leading scorer for England’s national team. Look for plenty of Everton and United jerseys — and maybe a few Three Lions kits —  in Nippert Stadium at this match.

FC Cincinnati gets its first opportunity to face the MLS champions in the second game of the season in Atlanta, but unfortunately the Five Stripes won’t hit the pitch at Nippert until a mid-week match after school starts. By then we’ll know what Martinez has done for an encore after shattering the MLS scoring record last season with 31 goals in 34 games and winning the league’s MVP award. Four of his goals were scored in the postseason, helping United win the MLS Cup in just their second season. Martinez, 25, already is drawing interest internationally but said last month he’ll stay in Atlanta for as long as it wants him. There’s enough in owner Arthur Blank’s coffers to make that happen.

He’s back. Wright-Phillips returns to the scene of the crime, where he broke Blue and Orange hearts with two goals including the clinching header in the 101st minute to give the Red Bulls a 3-2 win to end FCC’s magical 2017 U.S. Open Cup run on the doorstep of the finals. Now, the Englishman returns to Nippert, where he might be greeted less than cordially. Wright-Phillips has scored 106 goals in 171 games for the Red Bulls, including 20 last year. FCC can’t allow the two-time MLS Golden Boot winner to find himself on the end of a cross.

One of the most decorated U.S. Men’s National Team stars, Altidore has been rumored to be headed for Europe, but before he left to become president of the Crew, Toronto general manager Tim Bezbatchenko told the Sun he believed Altidore would be back for the final year of his contract. An injury limited Altidore to 13 games and 12 starts last season, totaling seven goals. The 29-year-old scored 38 goals over the previous three campaigns. Altidore owns the third-most goals in U.S. team history and played in two World Cups.

Altidore’s teammate is only 5-foot-4, 135 pounds, but he’s explosive off the ball and a creative scorer. Giovinco scored 22 goals with 16 assists in his 2015 MLS debut earning MLS MVP, Golden Boot, and Newcomer of the Year honors, then proceeded to find the net 46 times over the next three seasons. He has 21 caps for the Italian national team and is a three-time All-Star. Oh, and he also earned acclaim with Italy’s top club Juventus. How can you not like a player whose nickname is the “Atomic Ant”?

For a while it appeared FC Cincinnati and the Crew might never meet in MLS, but now that FCC has earned an expansion bid and the Crew are “saved”, FCC gets two cracks at them within 15 days in August. The second installment of the Hell is Real Derby is at Nippert Stadium, the Crew’s first appearance there since FCC ousted them from the 2017 U.S. Open Cup. For Zardes, being traded from the LA Galaxy to Columbus has been a career-booster. Either that, or the 27-year-old forward is simply reaching his potential. Zardes erupted for a career-high 19 goals last season, more than he scored the previous three seasons combined.

Schweinsteiger’s first visit to Nippert Stadium ended with Mitch Hildebrandt making one final dramatic save to seal a thrilling U.S. Open Cup win for FCC. The former Manchester United and Bayern Munich midfielder will make another trip to the Queen City after re-signing with Chicago in November. At 34 years old, Schweinsteiger remains a productive player for the Fire with seven goals, 12 assists and a team-leading 77 chances created over the past two seasons. He is married to former tennis star Ana Ivanovic.

This might be wishful thinking as the Dynamo’s single-season scoring leader might be with the Colombian national team during the Gold Cup break, which concludes around this time. The 6-foot striker is only 23, but since cracking the starting lineup in 2017, he’s become a mainstay for Houston, helping them win the U.S. Open Cup title last year. He scored six goals in the final eight matches in 2016 and has 29 goals over the past two seasons, including a club record 19 last year.

Catch him while you can. Piatti, who indicated last month this could be his final year in MLS, started 32 matches last season, scoring 16 goals to go along with 13 assists. The Argentinian attacker heads into the final year of his contract with 63 goals and 34 assists in 124 appearances. Piatti has led the Impact to two playoff appearances and the 2014 Concacaf Champions League final but says his dream is to win an MLS Cup before he hangs up his boots.