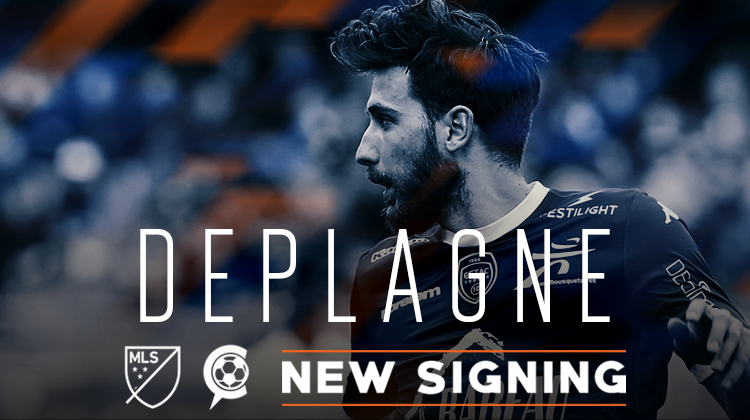 FC Cincinnati has completed the signing of Mathieu Deplagne from ES Troyes AC.

FC Cincinnati has completed the transfer for French defender Mathieu Deplagne. Twenty-seven years old, Deplagne has spent seven of his eight-season career in the top tier of the French football league. In Ligue 1, he played with French club HSC Montpellier. Deplagne will occupy an international roster spot for FCC.

“It is an awesome opportunity for me and for my career at the age of 27,” Deplagne said in an FC Cincinnati news release. “I have played my entire professional career in France, and I wanted to discover something new. It is really the perfect timing for me. I hope to stay here for a long time.”

A viable option at multiple positions, Deplagne looks to fill into a strong Cincinnati back line. He has experience both at right-back position and center-back. Deplagne will allow FCC to try multiple styles to see what works best with the squad it has. He also gives the club depth at one of the most important position groups in case an injury happens.

“We look forward to adding a player of Mathieu’s caliber to our organization,” FC Cincinnati coach Alan Koch said in the release. “He has played in matches against some of the best clubs in the world and has a history of success on the pitch. We are excited to see him embrace a new challenge here in Cincinnati.”

Rumors of Deplagne signing spurred a frenzy in recent weeks among FC Cincinnati fans. The news first broke out of France, and the FCC Reddit and Twitter fan base has watched the story closely. As news grew more credible, memes and songs were created by Cincy fans in anticipation.

Stay tuned to Cincinnati Soccer Talk as we continue our coverage of the FC Cincinnati offseason acquisitions and other FCC news too.