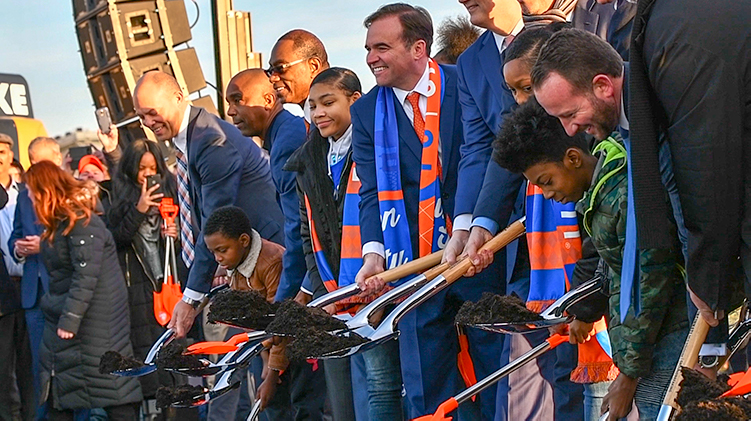 “Symbolic” was the word of the day as FC Cincinnati and fans gathered for the stadium groundbreaking. 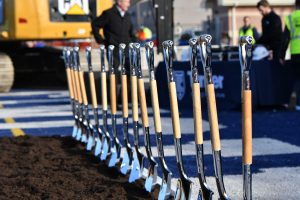 “Symbolic” was the word of the day as FC Cincinnati and fans gathered for the new West End stadium groundbreaking. Majority owner Carl Lindner III said it symbolized the growth of Cincinnati, the revitalization of the area. Keith Blake, the leader of the West End Community Council, felt it symbolized the former glory of the West End, an area that was once home to the Cincinnati Reds and Millionaire’s row. The crowd stood on the ground of Stargel Stadium, which will be rebuilt to make way for FC Cincinnati. Willie Stargel is a West End legend who coached a 1960 team that sent four players to the NFL. The new home to FC Cincinnati come 2021 is indeed surrounded by history.

The history of West End took an unfortunate turn when the interstate system cut through the community. FC Cincinnati hopes to do its part to revitalize the West End. Groups involved with the process reiterated the promises made and the money pledged to the community. FCC will launch youth soccer programs in the schools and give back with the Community Benefits Agreement. The speakers took up some time, but it seemed FCC was putting a focus on celebrating the moment with fans and community and at the same time acknowledging the things that still need to get done. Local children from the community were on hand to dig alongside the founders and politicians. The children may have started early. 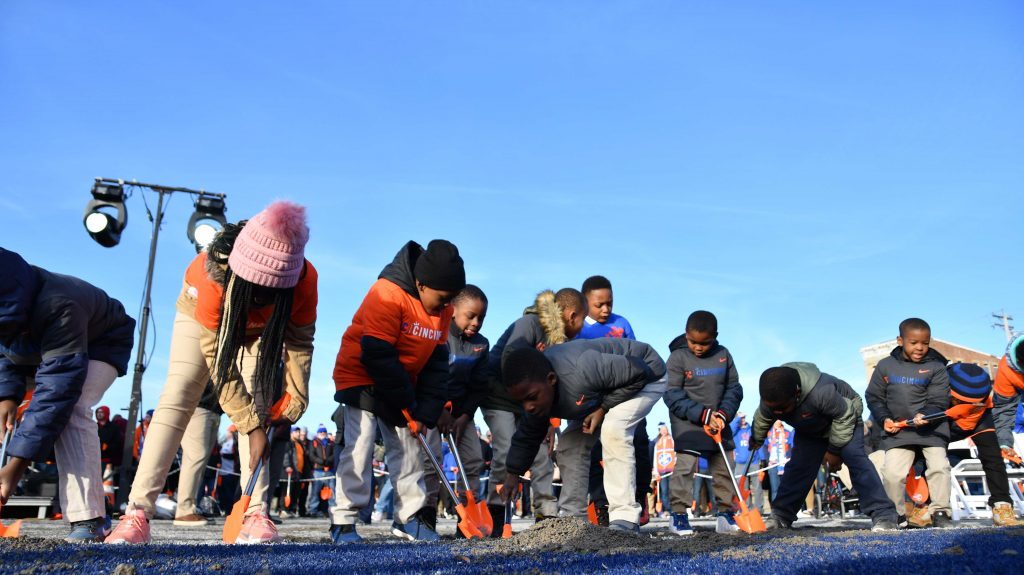 The ceremony was quick. The crowd on hand participated, as everyone shoveled dirt to symbolize the project that now has officially started. Turner Construction will employ over 100 companies and have hundreds of staff on hand for the next 23 months. MEIS architects, who have built many stadiums, will finalize the last few details as they go.

Afterward, MLS commissioner Don Garber was asked if he ever felt this project would fail.

“Every project has those moments,” he said, but he trusted in the leaders of FC Cincinnati and the city leadership to get the job done.

Cincinnati Soccer Talk asked FC Cincinnati president and general manager Jeff Berding about the area. Would the West End offer something no other MLS team has? He felt like the West End is unique because few stadiums in America are this far into the urban core. Looking around the construction site, he is not wrong. FCC’s new stadium will be right in heart of the community. Cincinnati leaders hope the new stadium will be a destination, not just for other U.S. soccer fans but for immigrants and fans around the globe.