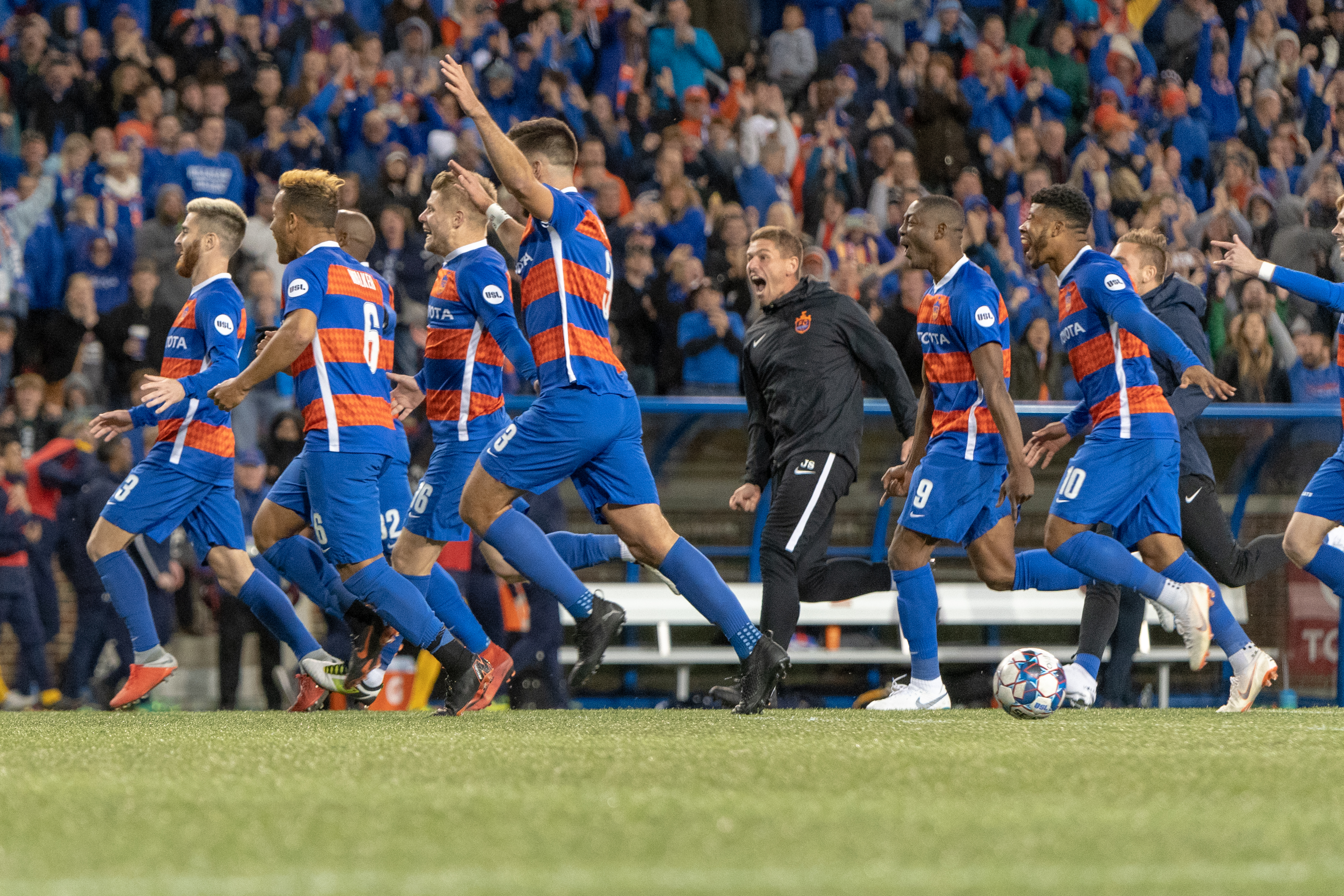 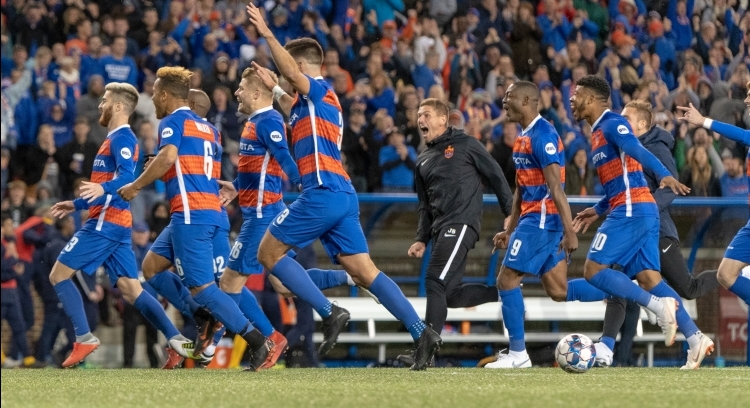 This week, FC Cincinnati prepares to face the New York Red Bulls II squad in the USL Eastern Conference Semifinal. This is the first time FCC has advanced to the semifinal round.

FCC supporters are waiting with baited breath to see if the Orange and Blue are able to defeat the Baby Bulls. If FCC wins, it will advance to the USL Eastern Conference finals in hopes of winning the USL Cup in its final year before moving to MLS. 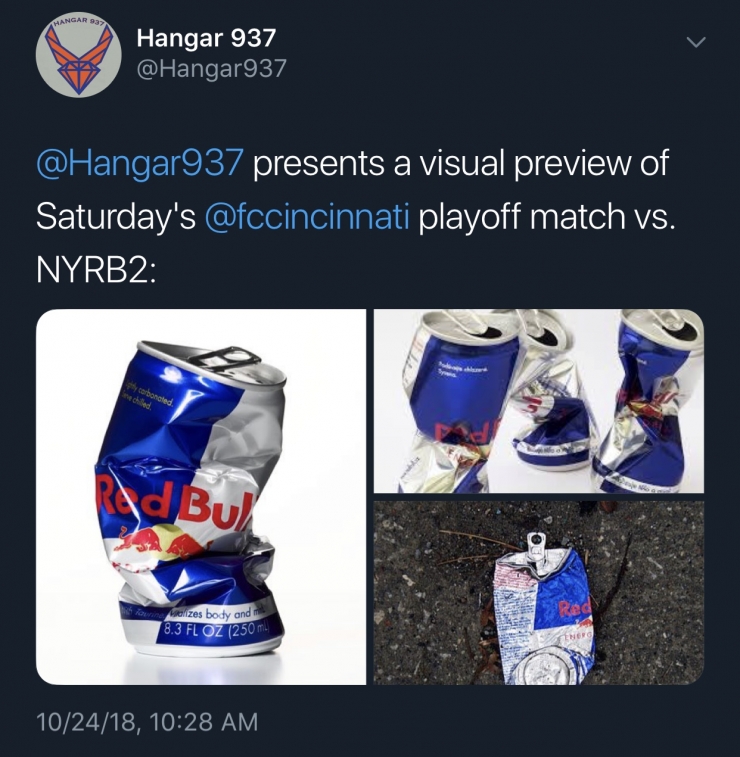 Cincinnati native Matt Bahner expressed his excitement and gratitude to the rest of the squad in the locker room after the match in a video shared by the club.

“Being a Cincinnati guy, I think you all know Cincinnati has never won a playoff game… I’ve never seen it… And honestly, this game was a picture perfect Cincinnati game… And that’s because of everybody in this room tonight.”

Cincinnati sports fans have been waiting for this moment for over 20 years, giving everyone in the crowd just as much reason to celebrate as the club itself.

The Orange and Blue have a record 24 matches unbeaten, including the first round of the playoffs against Nashville SC. With only three losses under their belt for this season, the club hopes to keep it that way.

The reaction from the supporters and the Cincinnati community has been nothing short of incredible. Other professional sports teams have reached out to congratulate the 3-year-old club on its accomplishments during the 2018 season. 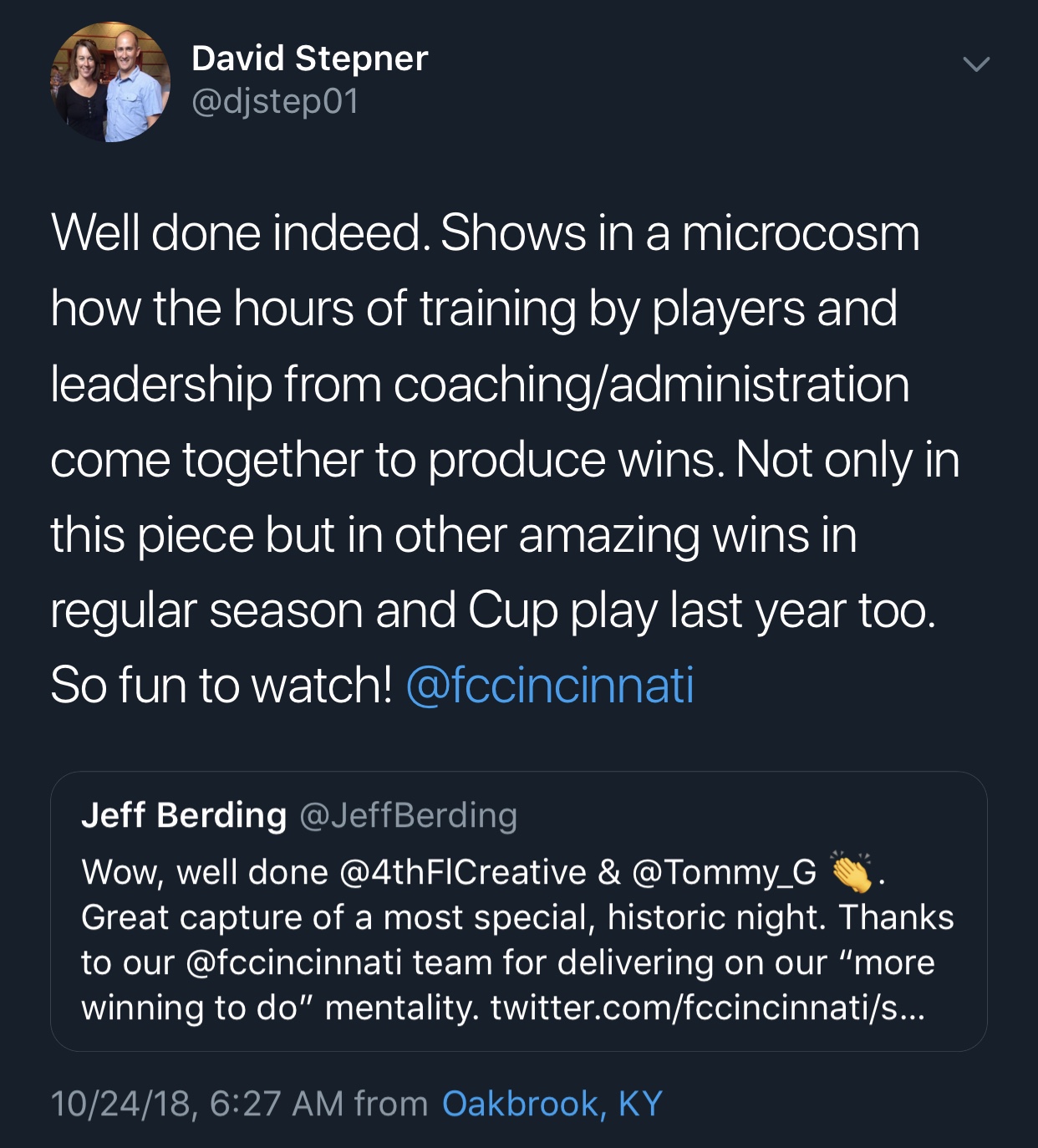 Supporter predictions and theories have been brewing about since the night FC Cincinnati won, when Kenney Walker’s penalty kick hit the back of the net perfectly. The confidence from that match is still flowing through supporters’ veins in preparation for Saturday. 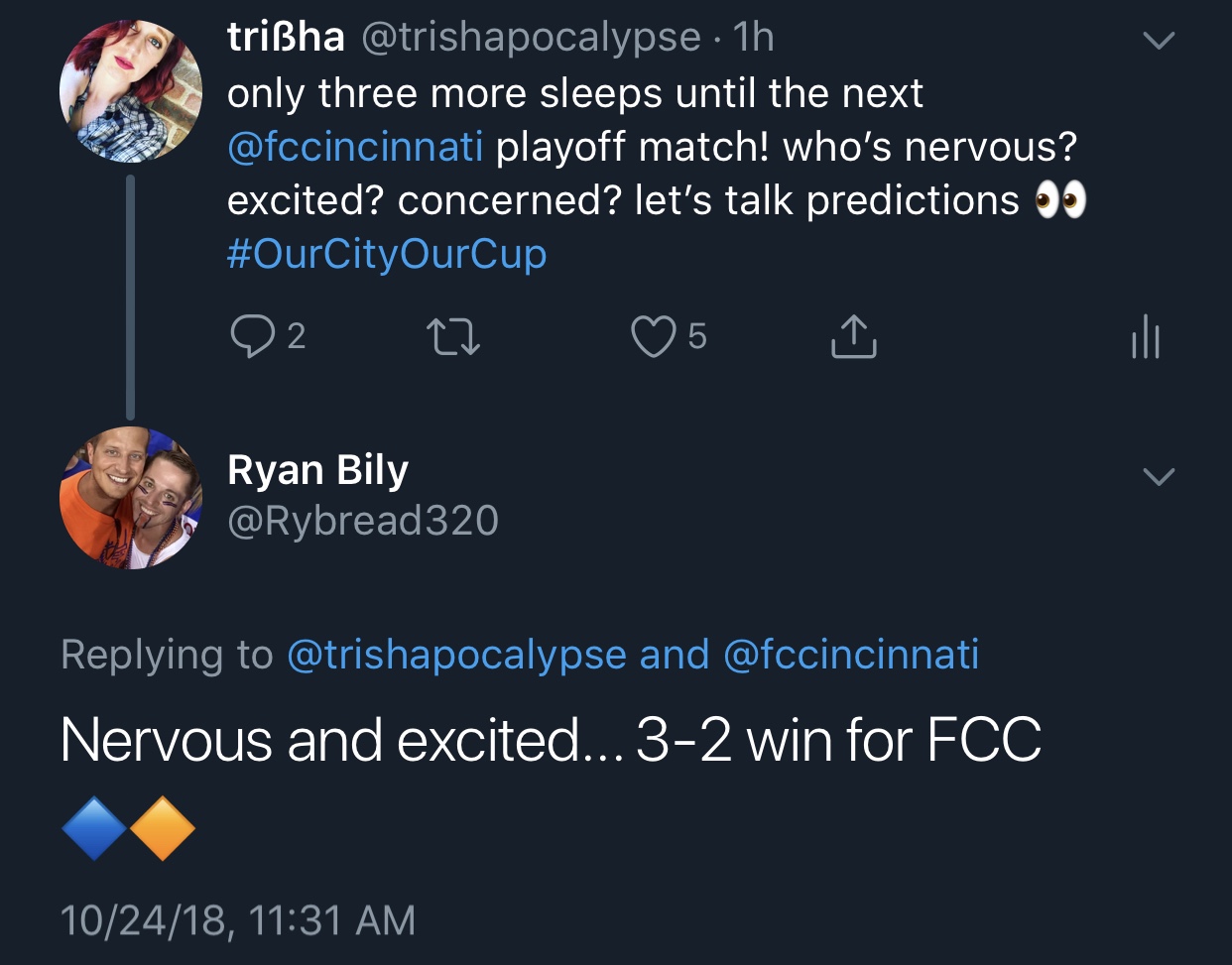 The USL Eastern Conference Semifinal is uncharted waters — not only for FC Cincinnati but the supporters as well. There has been a lot of reflecting back on the wins over the Baby Bulls earlier this season, but that isn’t a reason to count them out just yet. 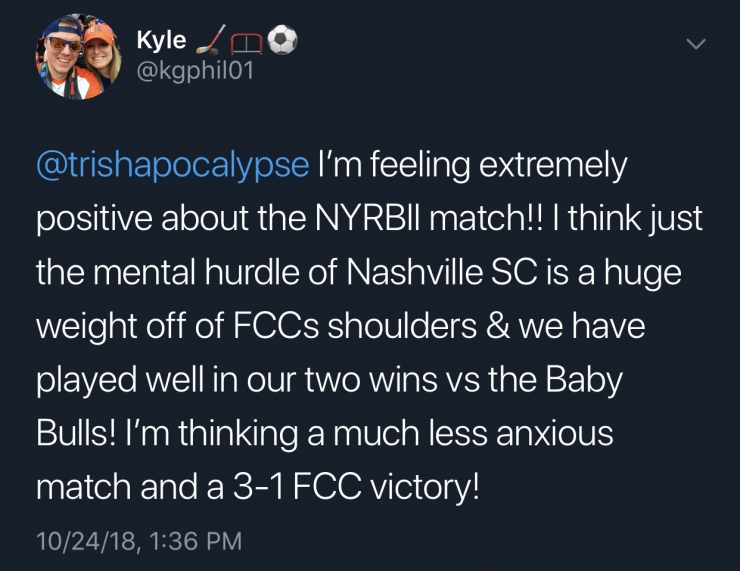 While the back-to-back matches against Nashville SC were mentally draining on the club and supporters, it’s a positive that it’s now out of the way. However, that doesn’t mean it’s smooth sailing from here. Every club presents unique challenges, and Alan Koch’s squad has to be prepared for anything. 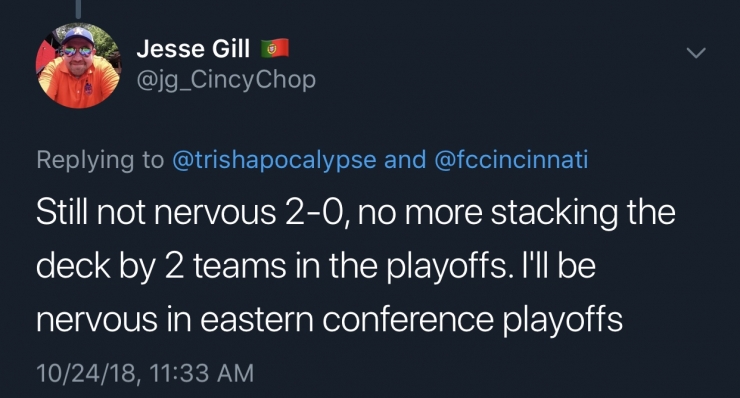 The majority of the anxiety for supporters may be gone, but there is still a lot of pressure on FC Cincinnati. The club can go into this match confident with its record, but it’s the playoffs — anything is possible. At the end of the day, it doesn’t matter how well the club has played against the Red Bulls before — the only thing that matters is how well the lads play that day.

All of that aside, the supporters’ reactions have been nothing short of exciting and encouraging. The love that has been outpouring from the supporter base has been incredible. The entire city of Cincinnati will be on the balls of its feet Saturday as the Orange and Blue face the New York Red Bulls II in the USL Eastern Conference Semifinal at 4 p.m.