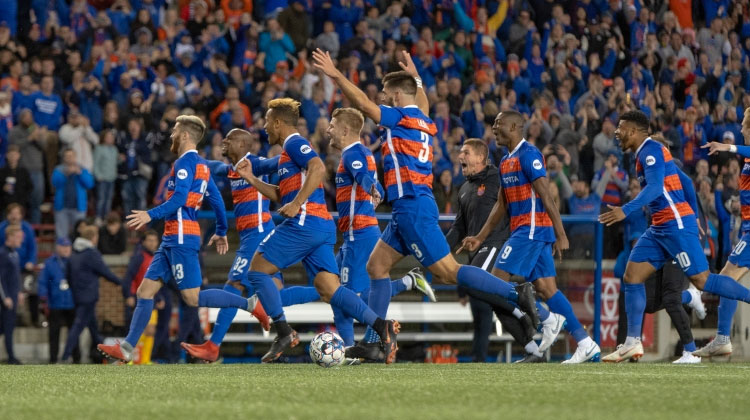 FC Cincinnati advances to the USL Cup semifinals after winning in penalties over Nashville on Saturday at Nippert Stadium. 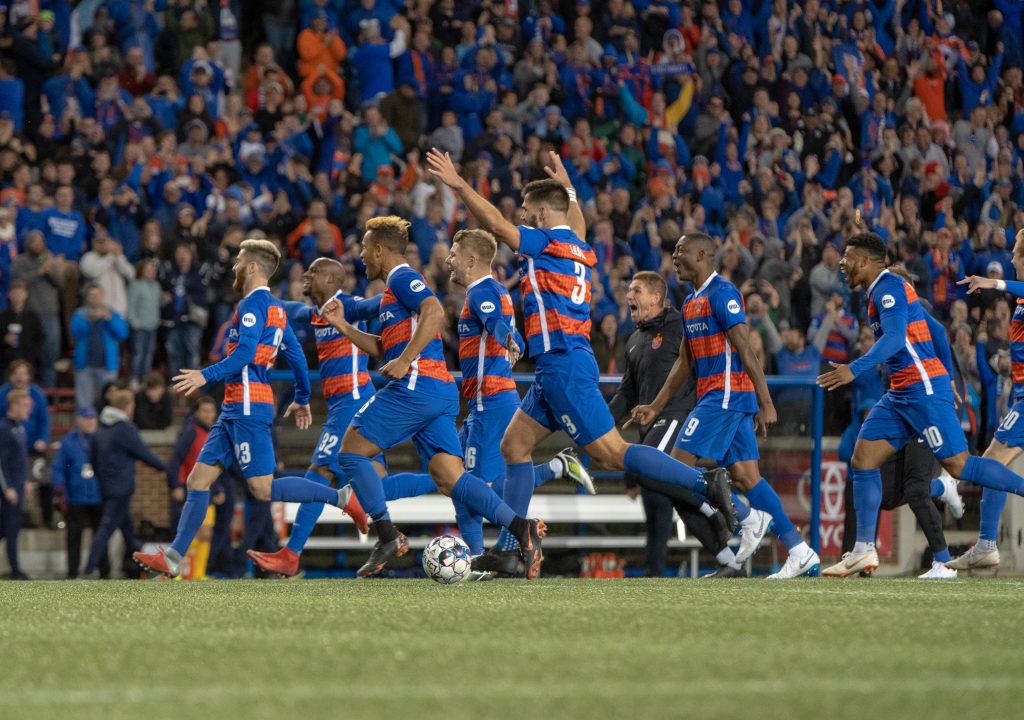 It was only fitting that after three regular-season draws, Saturday’s USL Eastern Conference Quarterfinal match between FC Cincinnati and Nashville SC came down to what’s basically a lottery draw.

Though the result was technically a 1-1 draw, FC Cincinnati advances for the first time in the USL Cup and awaits New York Red Bulls II in the semifinals next week at Nippert.

Davis sent his shot over goal, and a few FC Cincinnati players went streaking toward goalkeeper Spencer Richey in a premature celebration.

“That could have been a disaster,” Richey said. “I was aware that we needed to score the next one. But it was a good practice run for them.”

Said Koch: “I was like, ‘What are they doing?’ I’m not a mathematician, but I can count. It was a lot of pressure on Kenney anyways, but Jimmy (McLaughlin) actually went and apologized to him. He’s like, ‘I’m sorry, I just wanted to celebrate.’”

Walker still had to convert his penalty to seal the semifinal berth. And convert he did, slotting it in the right side past Nashville keeper Matt Pickens.

Koch said he chose the first five penalty shooters, and after that it was up to the players to decide.

“We were talking about it,” Walker said. “We were throwing numbers around, and everyone’s like — you’re going sixth.”

It was a bit of redemption for Walker, who missed the first penalty in the U.S. Open Cup shootout against Minnesota United.

“It was a little added pressure, but at the same time, you’ve got to go out and score,” he said. “Either you pick your spot and put it there and he saves it, or you beat him to your spot. That’s as simple as you can put it. There’s still pressure on it.”

This was the fourth meeting this season between the two MLS expansion sides. The three previous ended in draws, including a 3-3 tie just seven days prior in Nashville.

FC Cincinnati dominated possession in the first half with 67.5 percent of time on the ball. Fanendo Adi and Emmanuel Ledesma had first-half chances, but it wasn’t until the 57th minute that FCC had its first shot on goal on a Corben Bone attempt from long distance.

Ropapa Mensah gave Nashville plenty of chances with seven shots, including three on target. In the 74th minute, he bounced one off the crossbar and later had a shot go over goal.

Bone opened the scoring in the 95th minute on a 20-yard shot to give FC Cincinnati a 1-0 lead.

It was a big boost for the Orange and Blue, but there was still time left.

“I don’t think any game is won until the final whistle blows,” Koch said. “Because anything can happen.”

What happened was a Nashville equalizer. Bradley Bourgeois lofted one over Richey in the 115th minute to level the match at 1-1 and making penalty kicks a looming possibility.

“It’s a bit of a no-pressure situation in a way for goalkeepers,” Richey said. “You’re not necessarily expected to save a penalty — maybe expected to keep one of five out. But neither of us could do that. They were pretty impressive penalties.”

Koch labeled Walker’s situation — sink it and you win — as one of bravery.

“Kenney’s technique is first class,” Koch said. “That’s not just this week. We’ve worked with Kenney for a long, long time. You can see he’s a very composed player when he’s in possession of the ball in the open game. And he’s the exact same way when he takes a penalty kick. But to have the bravery, that’s not easy.”