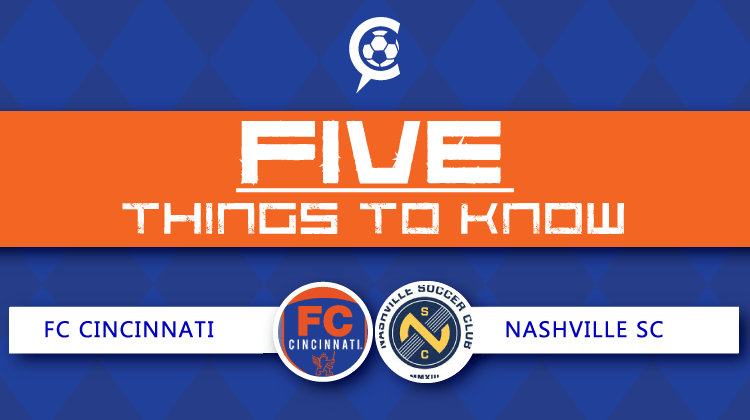 FC Cincinnati has a chance to break the Cincinnati playoff curse with a win against Nashville SC on Saturday at Nippert. 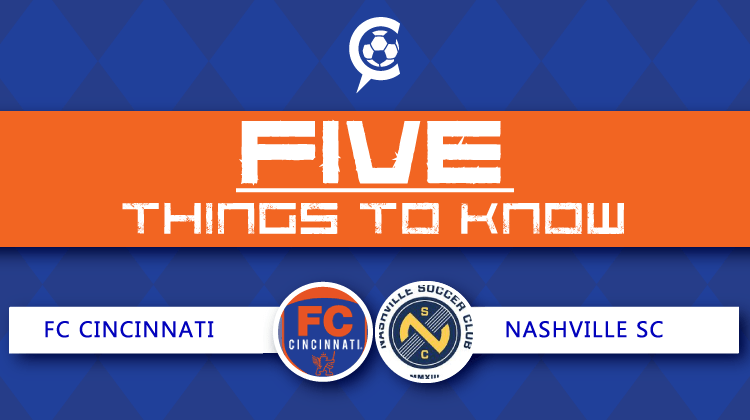 Unbeaten Streak – FC Cincinnati is currently riding a 23-match unbeaten streak high going into the playoffs; this streak has set a new USL record. Here’s a fun statistic — FCC has scored 72 goals this season; in both 2016 and 2017, FCC scored a total of 87 goals across two seasons. There is no doubt it will be going into the first round of the playoffs with confidence. But is this confidence going to be enough to push it through the first round?

Nashville Rematch – FC Cincinnati just played Nashville in the last week of the regular season, ending in another draw. This makes four draws between the two clubs all season, including the 2-2 draw during preseason. Nashville SC is one of the only clubs that FCC has beaten all season. Considering there has only been a one-week turnaround between the two matches, it begs the question — what kind of lineup is Alan Koch going to go with? Nashville is a defensively strong club, so there will be a fine line to straddle between key defensive players to stop Nashville’s forwards and enough midfield power to get the ball down the pitch to get some points on the board.

Ledesma’s MLS Contract – Late last week, FC Cincinnati announced Emmanuel Ledesma’s three-year MLS contract, making him the first player from the current squad to be awarded an MLS contract. Ledesma has been key in FCC’s success all season, with a record-breaking 15 assists in a single season. On top of this assist record, Ledesma has also scored 15 goals for the Orange and Blue. It’s no surprise the opposition always looks for a way to shut Ledesma down, so it’ll be important for Koch to balance the momentum and hustle that will be needed in order to beat Nashville and advance in the playoffs.

Focus on Defense – There is no doubt Nashville is a powerful team, and it has some forwards that really need to be shut down if FC Cincinnati wants to advance. In their last face-off, Nashville’s defense focused primarily on Fanendo Adi, limiting the opportunities FCC had in the beginning to get points on the board. If the last face-off is indicative of future performance, then Koch has some room with the lineup to keep Nashville guessing and give the Orange and Blue the upper hand.

Cincinnati Curse – While FC Cincinnati may be going into this match with confidence, there is a potential dark cloud looming over its shoulders — the Cincinnati playoff curse. If FCC does not advance, it will fall victim to the list of Cincinnati sports clubs that lose in the first round of the playoffs. One of the advantages that FCC has over Nashville is a deep bench — Koch could put out almost any lineup against Nashville, and it would keep it on its toes. Any changes to the midfield would be a surprise to the opposition and could work in the Orange and Blue’s favor. It’s just a matter of time until we see the direction in which Koch wants to go, but every fan in Nippert on Saturday, and at home, will be on the edge of their seat or the tips of their toes waiting for the outcome.

TV: This contest is set for a 4 p.m. kickoff on Saturday. Broadcasting partner Sinclair Broadcasting Group will air all FC Cincinnati home and away matches. The broadcast duo of Tom Gelehrter and Kevin McCloskey will provide the play-by-play and color analysis to FCC fans live on STAR 64.  FCC’s match will also be broadcast at FC Cincinnati’s pub partners or by Streaming internet on ESPN+.