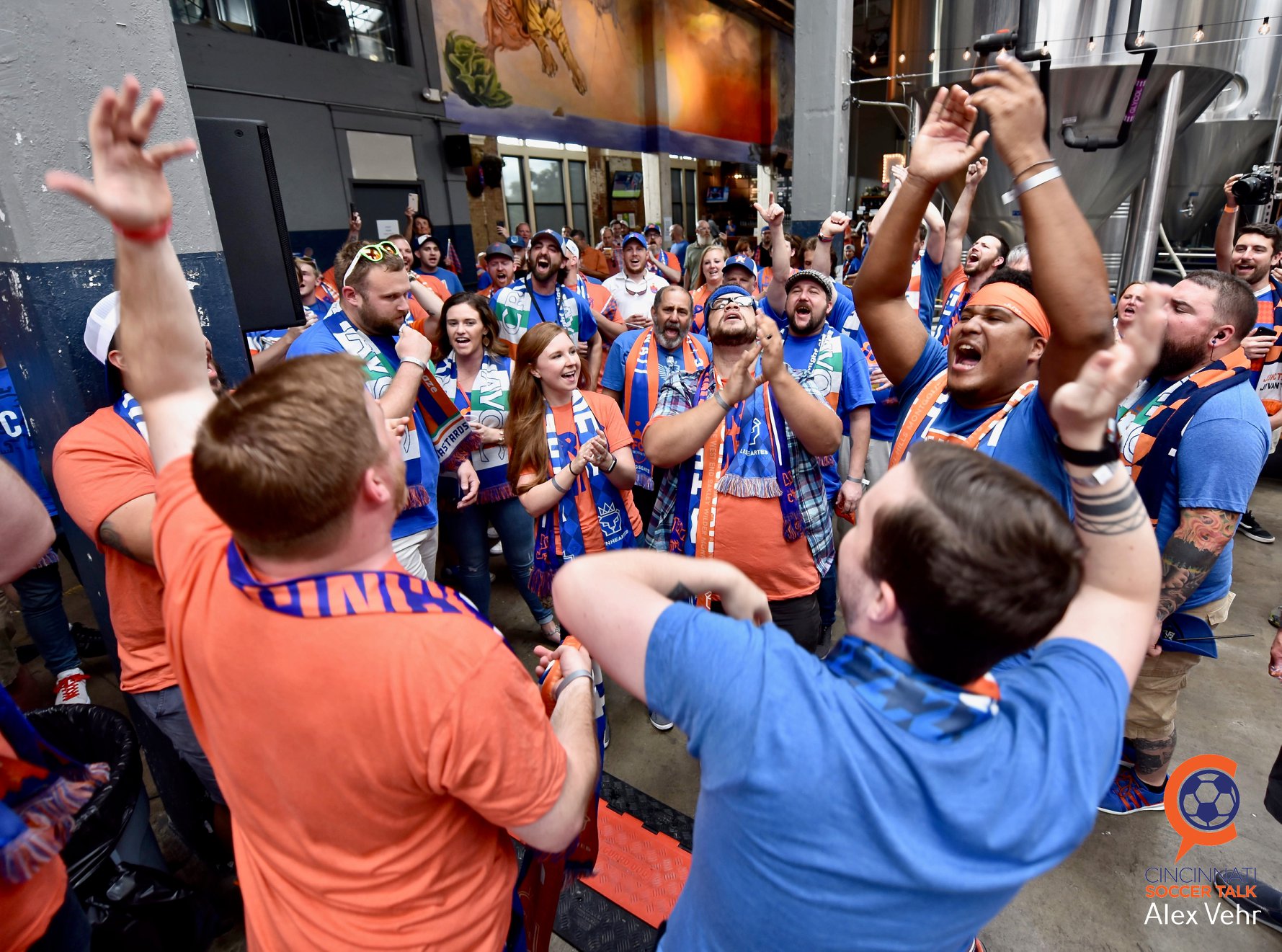 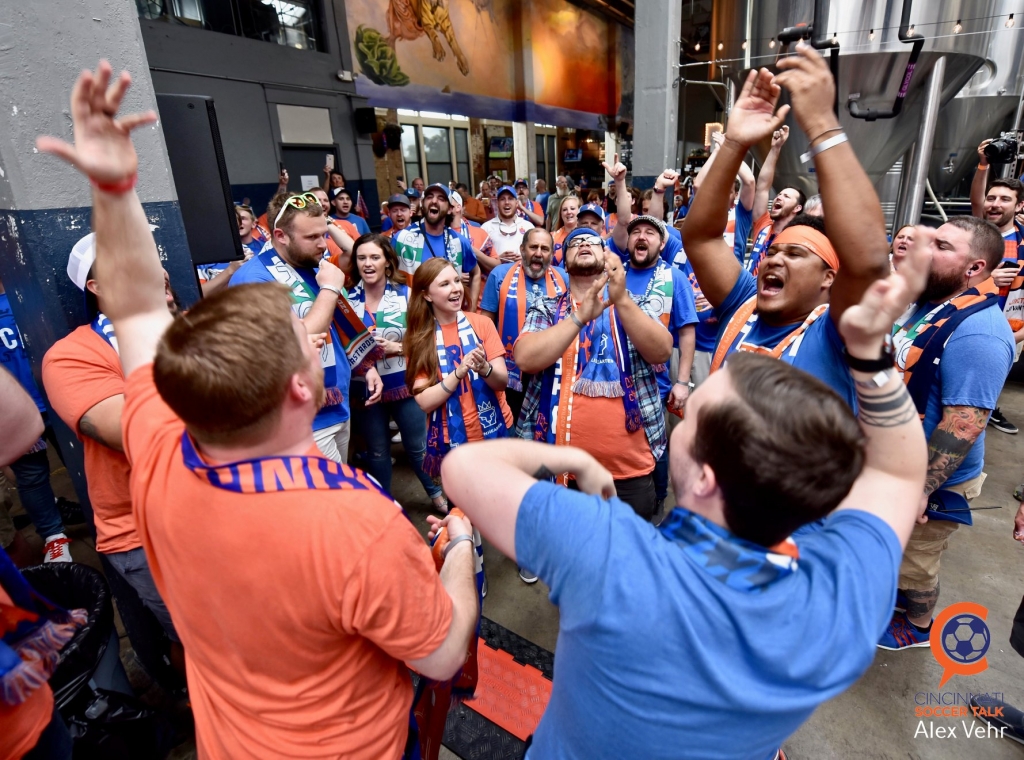 Tuesday at Rhinegeist Brewery was an event that FC Cincinnati fans have been waiting for…a very long time. While majority owner Carl Lindner III and General Manager Jeff Berding have always wanted the club to move to MLS, the process itself started eighteen months ago. Fans first anticipated hearing whether or not FC Cincinnati received one of the two coveted expansion bids back in December 2017.

When that announcement didn’t come, the waiting game began.

Since then, the club and fans have been working overtime in order to finalize details and plans that would increase FC Cincinnati’s chances of obtaining the MLS bid. Once the stadium deal was finalized with the West End Community, Cincinnati Public Schools, and the City of Cincinnati, club, and fans thought the wait was almost over.

And they were right.

Last Thursday, on May 24th, news broke that MLS would be visiting Cincinnati for a very special announcement. While everyone was abuzz on social media talking about #MLS2CINCY, some thought it was wise to not get their hopes up. But that didn’t work for everyone; hopes were already high. And the end was almost in sight.

The crowd of supporters at Rhinegeist created an electric atmosphere. The familiar faces and plenty more showed up for the much-anticipated MLS announcement. The sea of orange and blue was a beautiful sight to behold, bringing chills to everyone around. The excitement filled the air and was so thick, so palpable, that it was impossible to miss.

Everyone waited on the edge of their seats – or, well, the balls of their feet – for Don Garber, MLS Commissioner, to make the announcement official. Everyone waited to hear The Don announce that FC Cincinnati would be the next MLS expansion team.

As the clock neared closer to the 5:30 PM announcement, everyone in attendance started to get even more anxious. The cheers, conversations, and chants only got louder.

The Bailey stopped the DJ in his tracks with the “Allez, Allez, Allez” chant that had everyone joining in with cries of, “I’m Cincy ‘til I die.” If this is the energy The Bailey brings to an announcement – just imagine what it will be like at the first game in the new stadium.

It’s hard to imagine that a club that has only been around for three years is already being rewarded with an MLS expansion franchise. While everyone was hopeful that this would be the end result, many others found the notion a bit farfetched. But the progress that has been made in such a short period of time is nothing short of incredible.

Don Garber, MLS Commissioner, commented that the FC Cincinnati fans had “shocked the world” with the support and passion for their club.

Carl Lindner III also had made remarks during his speech that hit upon the FC Cincinnati fan base, taking note of “the pride, the passion, and the love” that supporters have for this club.

While the owners and coaches had plenty to do with the MLS expansion bid, it’s important to note that the Supporter Groups also contributed. I spoke with a few members today to see what was going through their mind during the announcement and how today made them feel.

“What everyone else has put in, seeing the supporters today… It feels like something years in the making. It feels surreal, and it hasn’t set in yet. We’ve made it.” – Jessi Saunders, The Pride

“It’s like 10 am on Christmas morning – you wait around for it all year, and it’s finally here!” – Joe Lohre, The Bailey Bastards

“What am I feeling? Exhilaration. Pure joy. The best Christmas ever.” – Alex Yersky, The Pride

“One of the most incredible feelings of relief I’ve ever had. The process is complete, and we all played a part. I’m looking forward to the next steps and enjoying our current season as much as possible. We now have the international soccer community’s eyes on us again, and it’s the coolest feeling.” – David Sherman, Die Innenstadt

The Supporter Groups have been instrumental in the popularity of FC Cincinnati around the city, but there are many fans that aren’t a member of any Supporter Group. Their contributions to the club are just as notable, and their reactions have been nothing short of amazed.

“I think it’s bigger than us. It’s history; it’s great for our city. And that makes me very happy.” – Ryan Bily

Whether you’re in a Supporter Group or not, every single fan has contributed to the MLS expansion bid. This moment belongs to all of us.