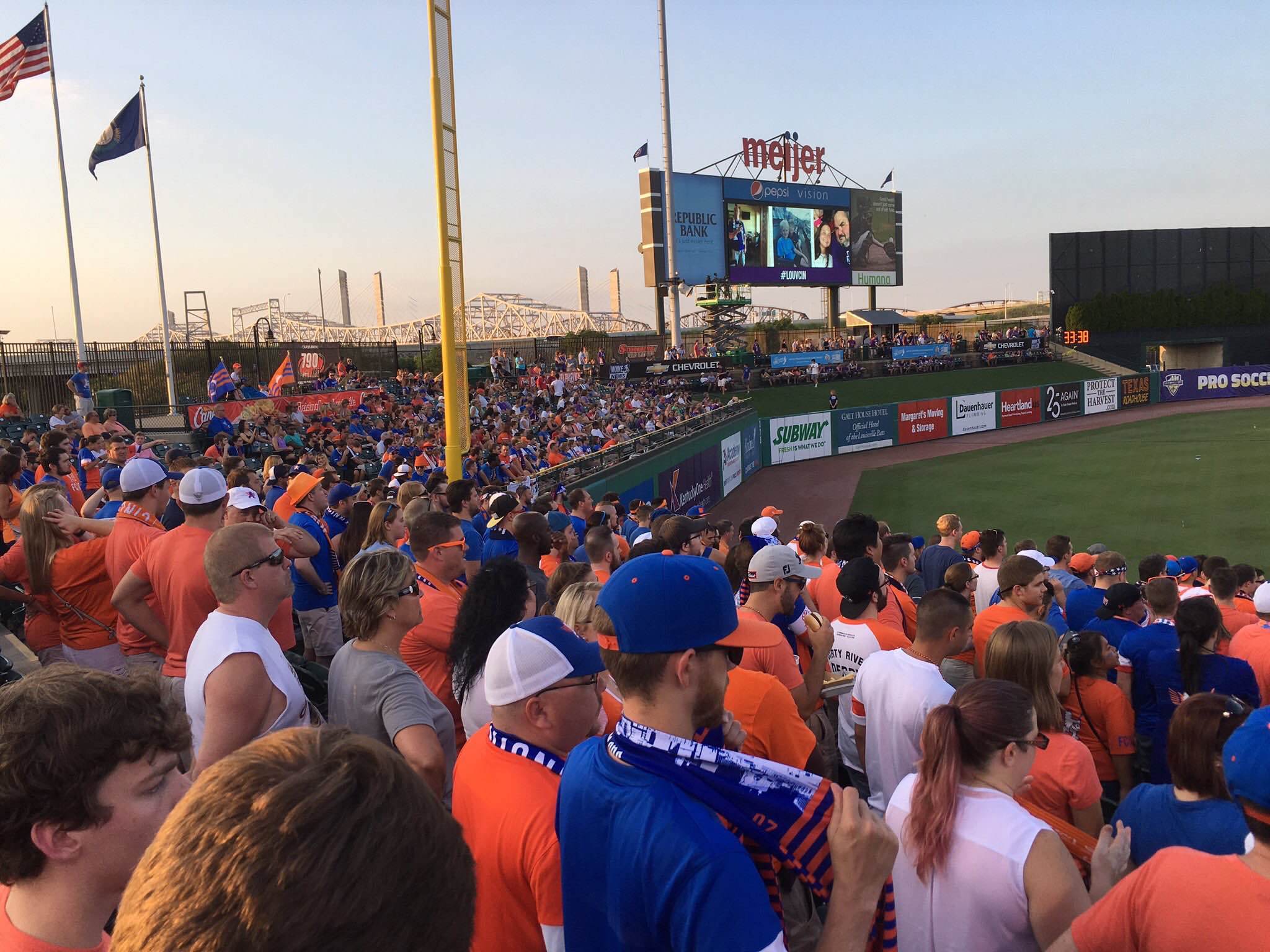 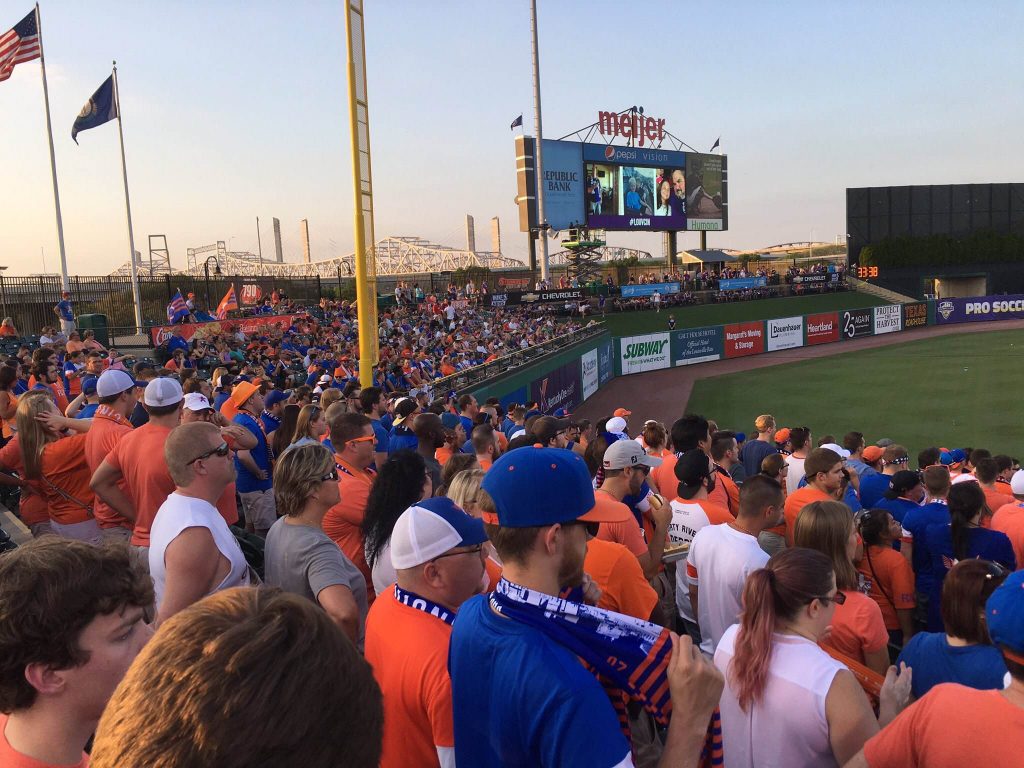 FC Cincinnati took on league leading Louisville City FC and their record breaking crowd Saturday night. Approximately 1,000 FC Cincinnati supporters made their way down I-71 to see the Orange & Blue claim a point with a 0-0 draw.  This week John Harkes’ squad heads back to Nippert to welcome Bethlehem Steel FC for their second match-up this season. Earlier in the year FCC won 2-1 at Bethlehem to capture their first USL win in franchise history.

The Plastic Cup- Members of The Pride and The Coopers met up Saturday afternoon for a friendly match dubbed “The Plastic Cup”. It was a highly contested match that remained tied 0-0 through 55 minutes. With 5 minutes to go, The Coopers got on the board with a wonder-strike. With only 5 minutes remaining in the 60 minute match The Pride scratched and clawed their way back but were unable to net a tying goal. Part 2 of the series will take place before the July 23rd FCC vs. LCFC match in Cincinnati. Look out for more details so you can cheer on The Pride to victory.

Ladies Night at FCC- The club is partnering with @CincyChic for the Wednesday July 20th game against New York Red Bulls II. The first 500 ladies get a free swag bag valued at $100+. There will also be pampering stations in the ladies zone.

UPDATE- Seats Going Fast!!!- It’s been a busy week with news for the Crystal Palace friendly. Cincinnati Bell hopped on board as the presenting sponsor and the club announced that they have passed 24,000 seats sold for the game. The match will be preceded with a ceremonial flight by the Cincinnati Zoo’s Sam the Eagle and will be followed with a post-match fireworks show. For more information or to purchase tickets for the match you can visit FCC’s page or call 513-977-KICK.

Locally the game will be broadcast live on Local 12 and over the radio on ESPN1530AM. Fans can also stream via the USL YouTube channel.

Die Innenstadt– will meet at Mecklenburg Gardens starting at 2 p.m. with the march starting around 4:45 p.m. to Nippert Stadium. Drink specials available for FC Cincinnati fans.

The Pride & The Legion–  will gather at the Brass Tap at U-Square starting around 2 p.m. with the march to the stadium at 5 p.m. Members of The Pride will receive 15% off their bill at Brass Tap.

Queen City Mafia– tailgates at the parking lot next to Adriatico’s at 2 p.m. Bring your own food for the grill and a side to share.

Supporter groups meet just outside the Marge Schott baseball stadium in the UC Athletic Complex around 5:10 p.m. The supporters will then march into Nippert Stadium to cheer on the Orange & Blue. If you are a casual fan, I would recommend trying to join in the supporters march.