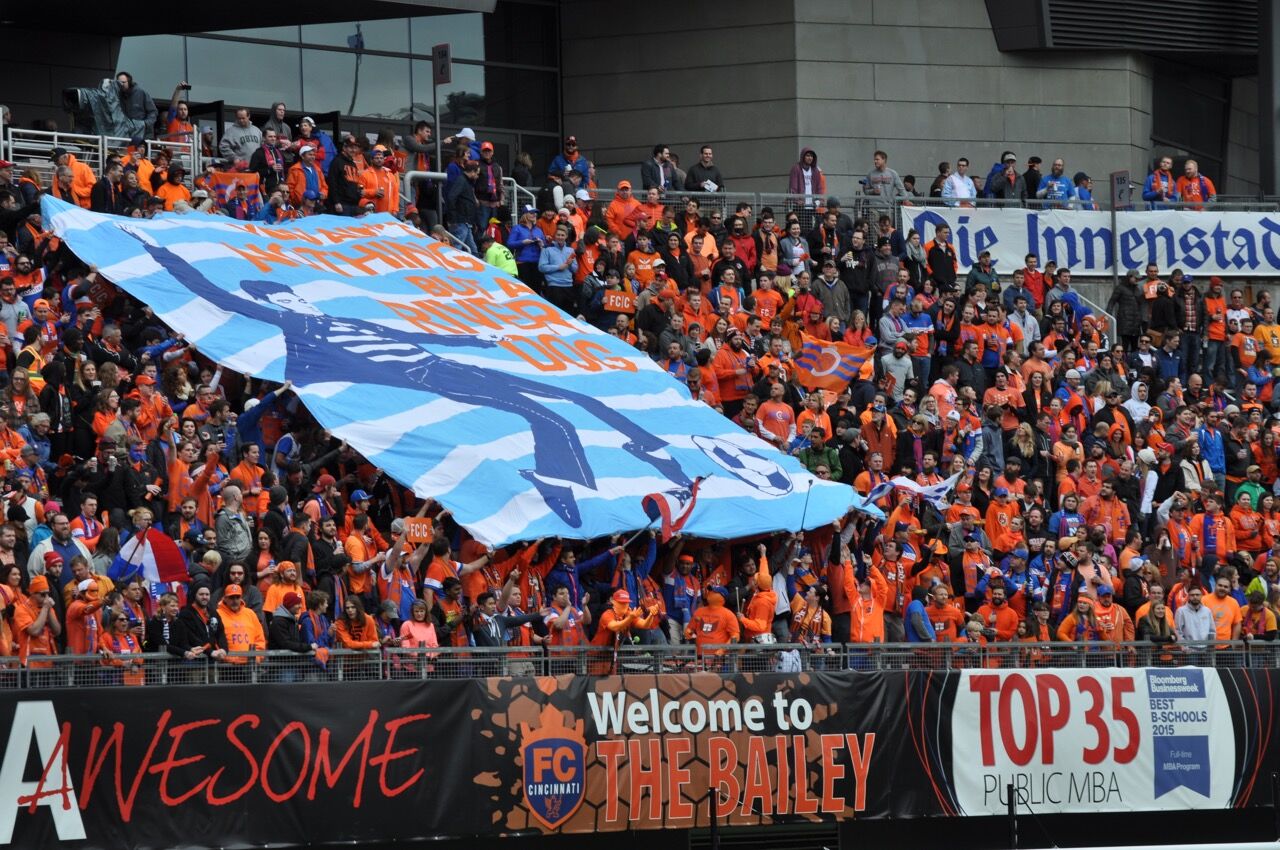 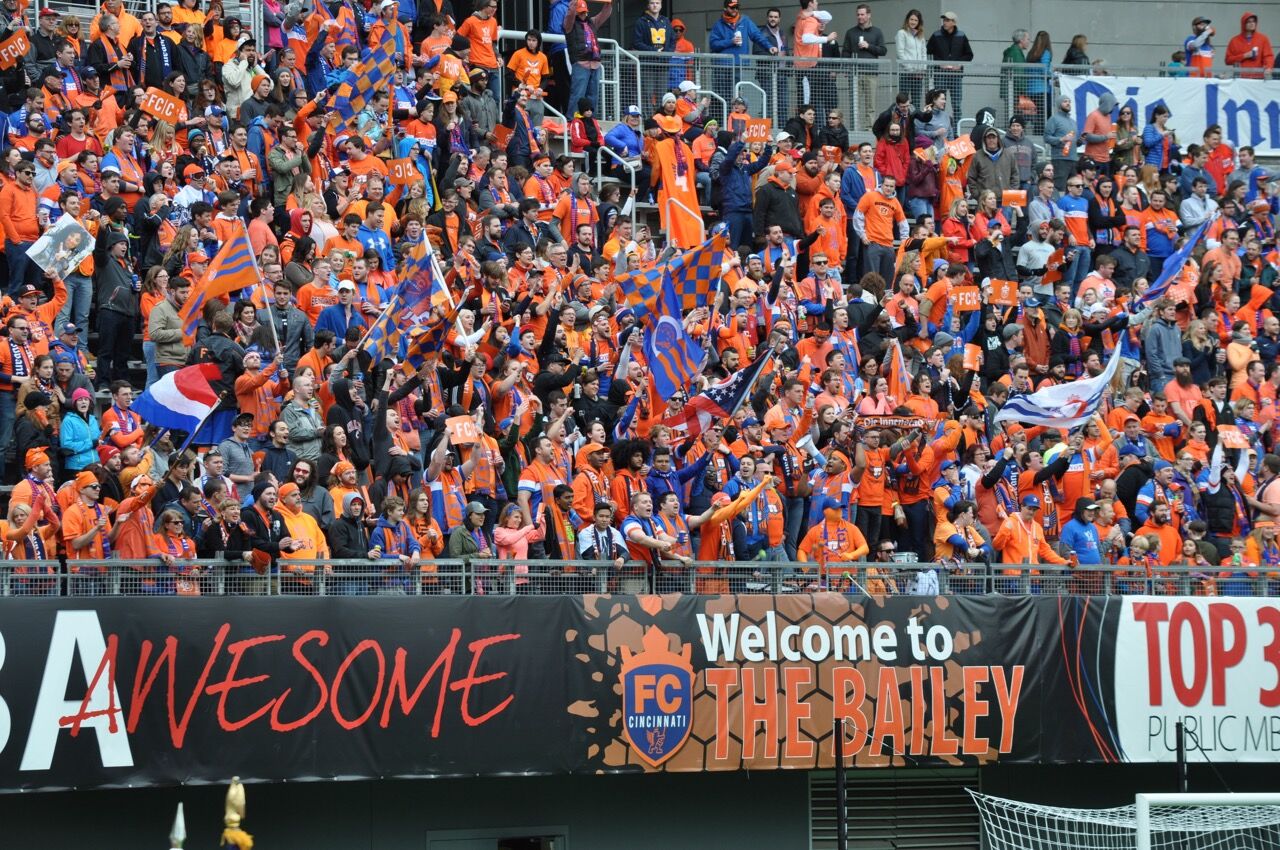 Congratulations are definitely in order.  Cincinnati beat Pittsburgh along with setting a new USL regular season attendance record.  A lot of hard work went into this both on and off the pitch so kudos to all involved.

But there is so much more to the story…

First, let’s look at what happened on the pitch.  FCC tallied their first shut out.  This is huge.  The team plays a very high press attacking style of soccer.  It is exciting and entertaining to watch, but when the ball turns over, the risk is that the team is caught up high and can’t transition effectively into a defensive stance.  With a new team that hasn’t played together for long, it is especially challenging to make this transition without a miss-queue that leaves an opening.  Getting that first clean sheet is a sign that the team, collectively, is starting to play as a unit.  They are transitioning more cleanly and closing holes left when the play of the game moves players around the field. 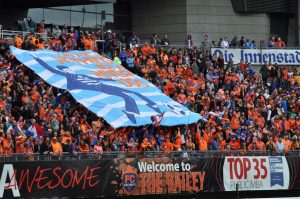 In addition, of course, Cincinnati beat Pittsburgh!  This city put a lot of pressure on the team and their shoulders held it up.  Congrats boys, you made 23,375 fans’ weekend.

But, a lot of things happened off the pitch too.  Yes, Cincinnati broke the USL regular season attendance record but it was so much more….

Not only did we break the record but we broke it twice and it’s time to put to rest all of the voices in social media that don’t think that Cincinnati is a serious soccer city.  Let’s look at what those nay-sayers said after the first time….

A lot of press preceded this game. There was the call for 25k tickets from our owner Carl Lindner III.  The supporters groups and broadcast partners all took to social media and heralded the call.  But what struck me as exceeding profound, was that when the attendance count was announced, no one hung their heads and said, too bad because it was never about a specific number.  It was about shouting to the world that Cincinnati loves soccer.  It was about coming together as a city, as a community, as a team.  Three fans in front of me raised their beers to the stadium and toasted our success.  I thought at that time, “Drink up mates.  You did well!”