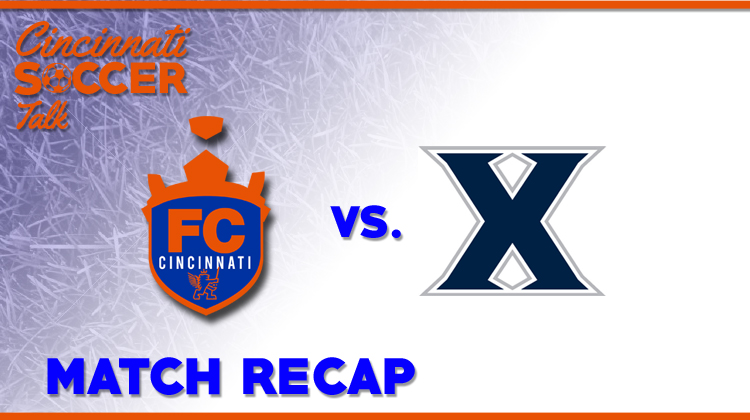 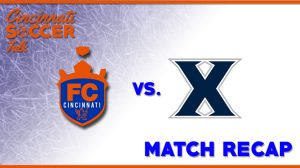 In the first match of any kind in their hometown, FC Cincinnati notched a 2-0 win over local NCAA side Xavier University. The win wraps up an FC Cincinnati undefeated preseason as they moved to 3-0-2. The match was free of charge to the public as many fans came out to pack the XU Soccer Complex. 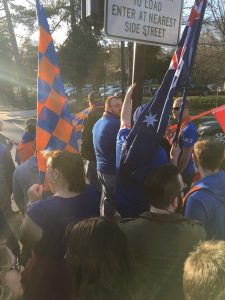 Minutes before kickoff, members of the FCC supporters groups marched from Listermann Brewing Company and contributed to a raucous atmosphere at the match. The Blue and Orange acknowledged their supporters minutes before the whistle and continued to feed off their energy during the next 90 minutes.

FC Cincinnati got its first chance in the 5th minute as Alvaro Ripoll had his shot blocked in his FCC debut. Throughout the first half, the Orange and Blue dominated in possession, but couldn’t capitalize until the 22′ as Jimmy McLaughlin slotted home a far post strike to score FCC their 1st first half goal of the season. Ripoll almost tallied FC Cincinnati’s second goal, but an amazing save by the Xavier keeper left the score 1-0 at the half. FCC had issues with distribution in the first 15 minutes, but midfielder Kenney Walker worked the ball to the wings throughout the rest of the half which allowed consistent possession by FC Cincinnati. The defense was rarely challenged in the first with the exception of a Xavier corner in the 33′ that was cleared by Tyler Polak, who put in an impressive shift at LB.

FC Cincinnati began the second half with a noticeable formation change. Head Coach John Harkes employed a 4-4-2 with a withdrawn forward in former MLS All-star Omar Cummings. Cumming, a fan favorite, worked to hold up play while providing great distribution to Mohamed, Okoli & Wiedeman. Harkes set out his wingers to high press Xavier which proved difficult for the Musketeers to break down. Around the 50′ Jamie Dell put in a cross from the right that forward Sean Okoli was able to put away for a 2-0 lead. Both fullbacks were able to push up the pitch to allow FCC ample chances. Keeper Mitch Hildebrandt provided a highlight near the 70′ as the dove to save a difficult Xavier shot ensuring his clean sheet. Cincinnati native, RB Michael Millay nearly netted as goal, but the shot was parried away low by the Xavier keeper. 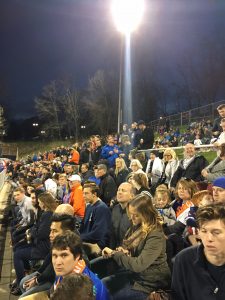 The orange & blue put in a professional 90′ and worked to eliminate many Xavier offensive chances. FCC was the more offensive side throughout the game, but the central midfielders will have to work harder as the regular season rapidly approaches.

FC Cincinnati will begin their 2016 USL Regular Season next Saturday, March 26th at 7:30 p.m. as they travel to Charleston S.C. to face the Charleston Battery. The following week, FCC will play away at Bethlehem Steel F.C. before coming home for their Inaugural game at Nippert Stadium on Saturday, April 9th. All games will be available to stream on YouTube.com. Click HERE for the FC Cincinnati vs. Charleston Battery stream.

Also of note, John Harkes’ side will play an additional friendly Tuesday, April 5th at 8:00 p.m. vs. the University of Dayton men’s soccer team at Nippert Stadium. Admission is free. Click here for a complete schedule.

As always we’d love your feedback! You can email us at cincysoccertalk@spnt.tv. We’d love for your to join us at our Facebook page as well! Like us at Facebook.com/CincinnatiSoccerTalk.