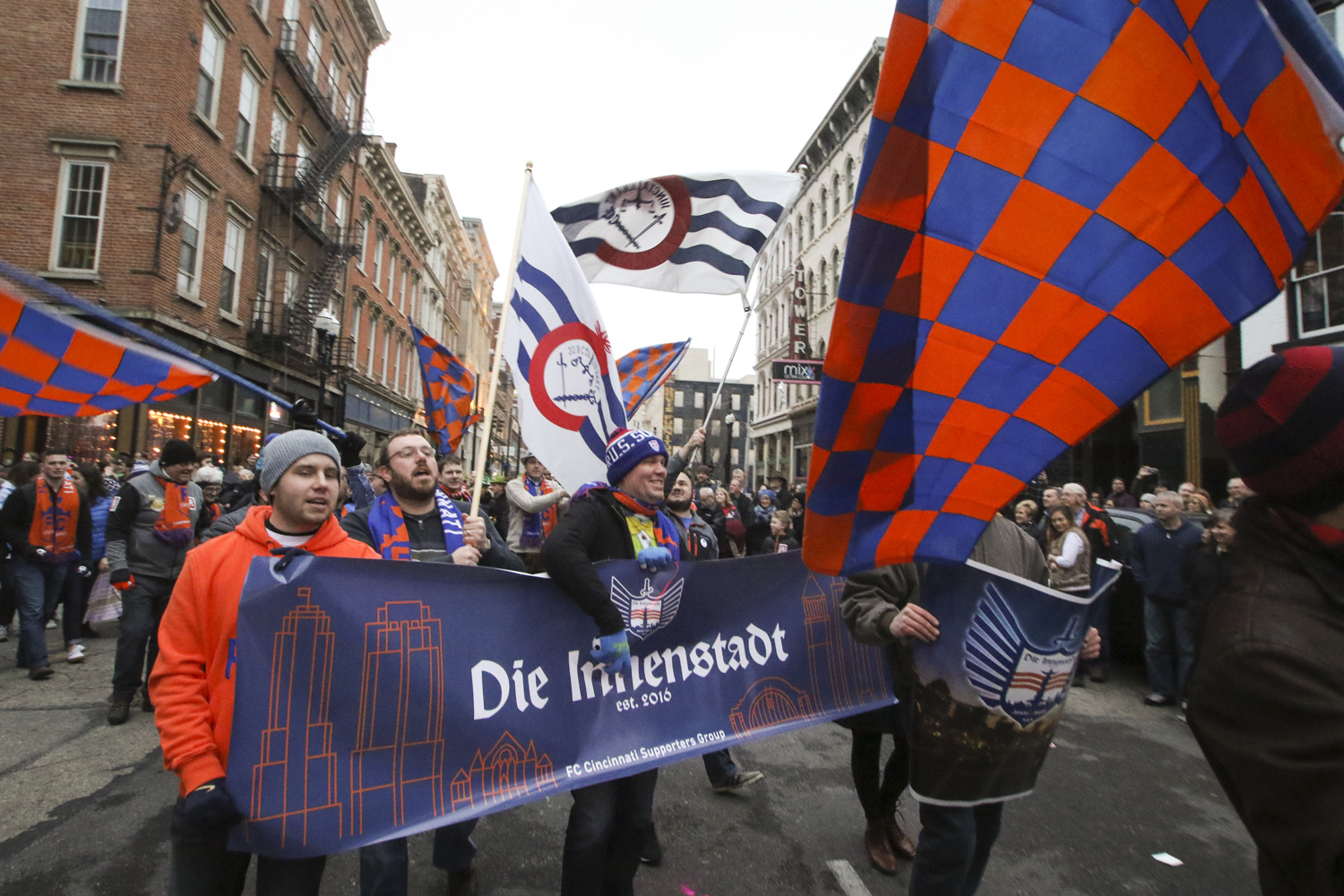 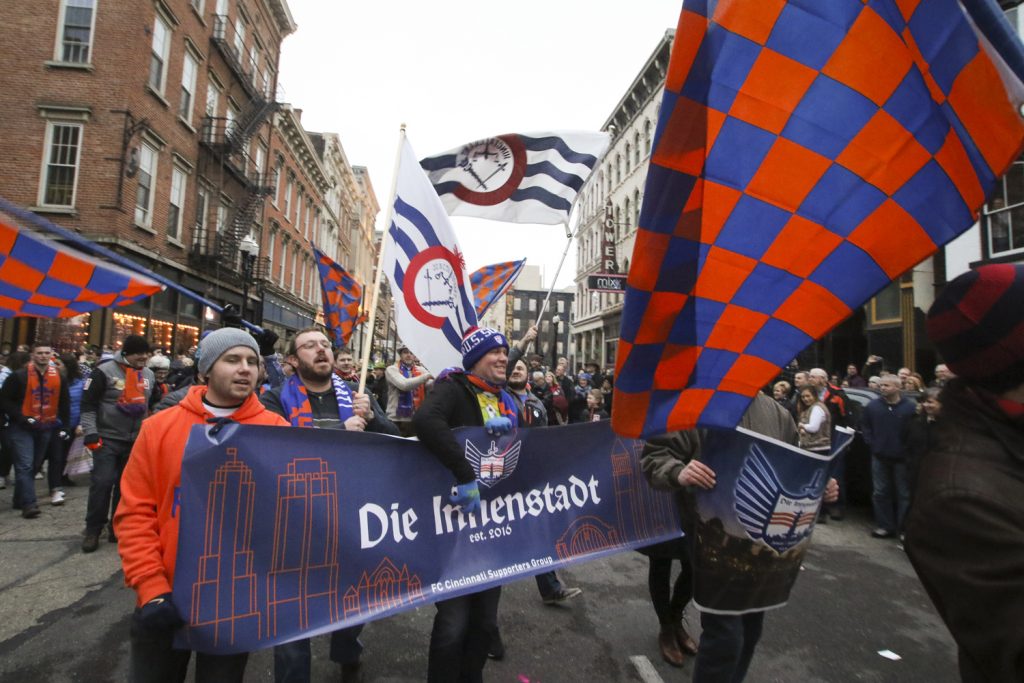 We are one week closer to the first kickoff on March 26th and a lot is happening around your favorite club, FC Cincinnati. This week we will recap Supporter Group activities, changes in FCC merchandise, an update on the turf at Nippert, and announce a special guest for this weeks pod.

Changes to Nippert- This week FC Cincinnati and the University of Cincinnati announced that new turf would be installed in time for the upcoming FCC season. Unlike past renditions of turf at Nippert, this turf will provide an authentic soccer experience without the dreaded “football lines” common when teams of two sports share a facility.

FCC Jerseys are 85 bucks now! – No excuses, gear up for the season.  They dropped the price on kits by 15%.  I paid full price and now have buyer’s remorse, so take advantage of the deal at the FCC Store.

Jeff Berding on the POD!! – The Commander in Chief of FC Cincinnati will be joining us on the pod this week to give us his state of the union on our beloved club.  Get ready to download the podcast as soon as it goes live Wednesday morning.

Upcoming Fixture: Indy Eleven – The preseason game against Indy Eleven is a closed door game.  Don’t go. They won’t let you in. If you do, you’ll be stuck outside a stadium in Indianapolis with your flag looking sad, and no one wants to see that.  Indy Eleven will be live tweeting during the game, find them on twitter @IndyEleven.  Double down on the Xavier game on March 18. We will have more details next week on when and where FC Cincinnati Supporter Group will meet prior to the game.

Please stay tuned to upcoming The Week in FC Cincinnati posts. If you have any questions, comments, or would like to have your FC Cincinnati event mentioned, contact us at here.