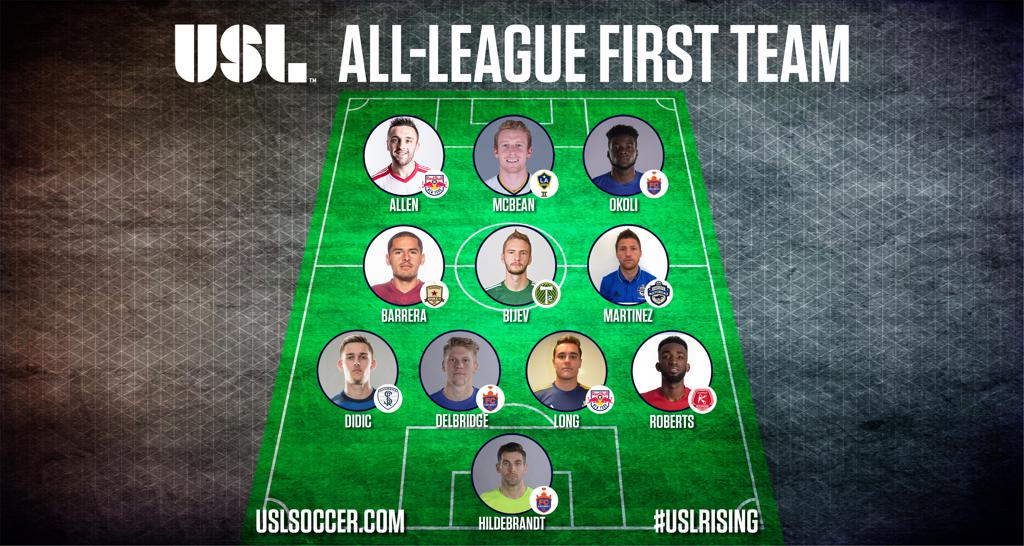 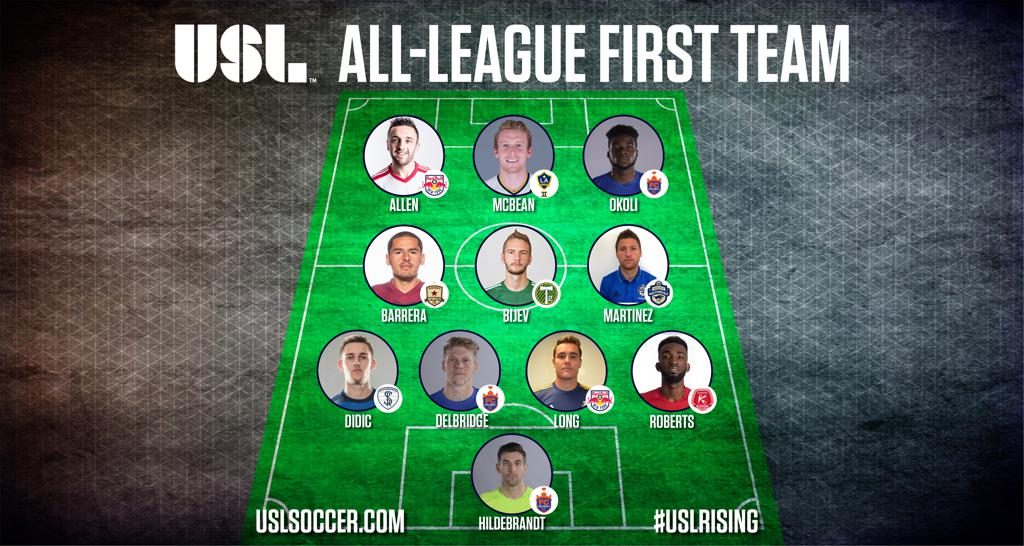 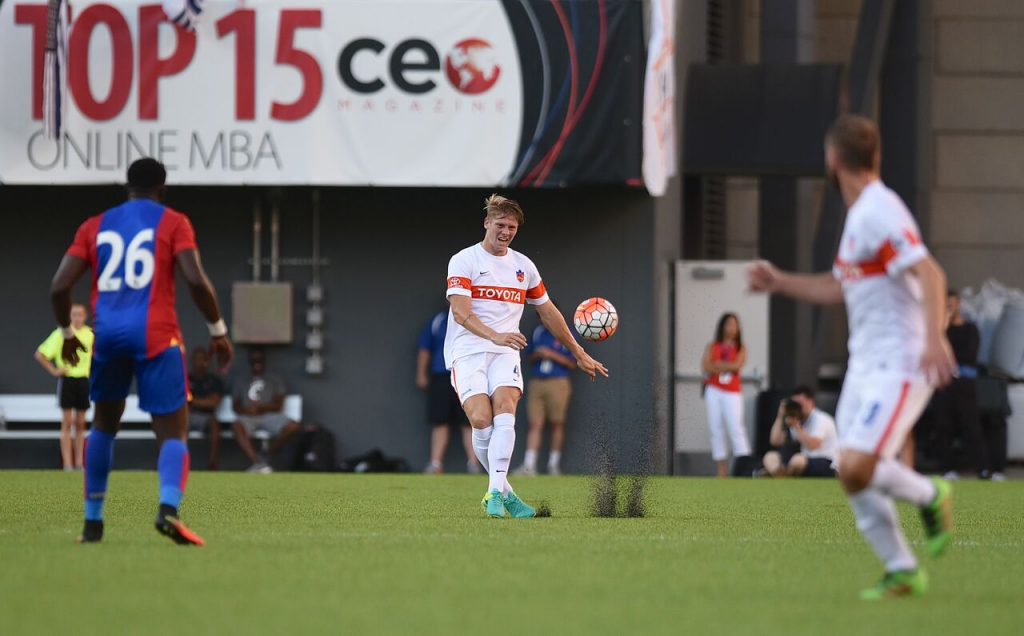 CST Fan Voted Player of the Year, Harrison Delbridge added another piece of hardware this season as one of the foundations of the FC Cincinnati defense. Delbridge was a key contributor from day 1 of the inaugural season, playing in all but two matches while pairing up with three other center backs in those matches.

Goalkeeper Mitch Hildebrandt led the USL is minutes played and also quickly solidified his starting spot for Cincinnati. “Mitch Says No” was one of the anthems to the season leading to 9 shutouts and a 0.86 Goals Against Average. 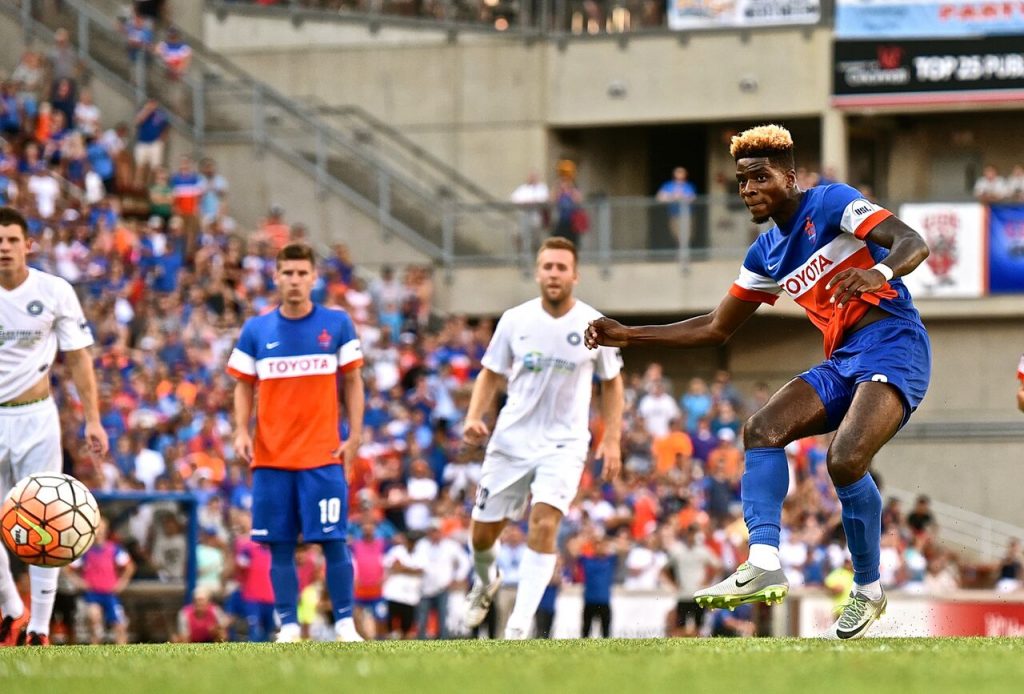 CST Staff/Panel Player of the Year, Sean Okoli led the USL with 16 goals and was a lock for the first team. The Golden Boot winner was also featured on ESPN’s SC Top 10 for his goal vs. Charlotte earlier in the season. Okoli was the scorer FC Cincinnati needed and we hope to see him back with FCC next season.