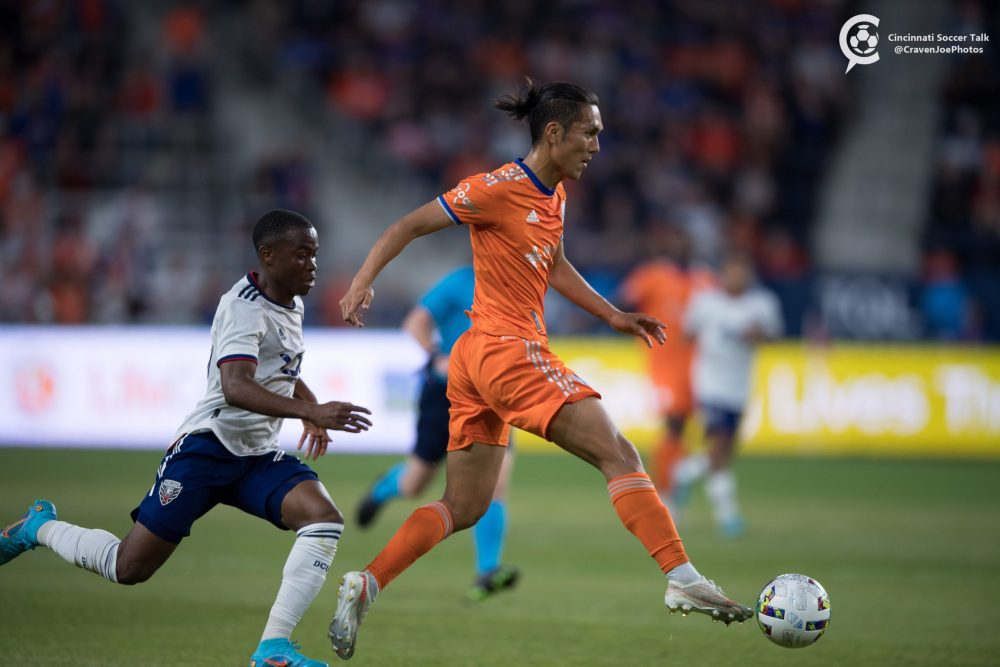 FC Cincinnati will look to clinch its first MLS playoff spot when it goes up against D.C. United. FCC is coming off its worst performance in months against Chicago Fire FC. One where the squad could have all but confirmed its spot in the playoffs.

FCC needs to return to form if it wants to win or even draw. FCC can confirm its spot in the playoffs with either result, with even a loss giving them a spot if the Orlando and Columbus match doesn’t end in a draw. Yes, D.C. United has fewer points than Chicago Fire FC, but as we have come to know, that final match can sometimes mean table position gets thrown out the window.

The biggest aspect that must be improved is the finishing. In the middle of the season, it felt like every chance that Brenner and Brandon Vazquez ended up on was buried in the back of the net. Vazquez early and then Brenner picked up speed in the back half of the season.

The last two matches, Seattle and Chicago, were both matches that should have been put to bed but due to an absence of finishing ability, the team couldn’t capitalize and get closer to the playoffs. If this is the only improvement during this match, it should be over by halftime considering the number of goals D.C. allows.

The midfield has also been a reason for the team’s disappointing performances lately, Junior Moreno in particular. He hasn’t been doing what he needs to do in the middle of the park. His passing has been anemic and ruins much of the defensive work from Obinna Nwobodo. It leaves the back half of the team dry and brings the risk of easy counterattacks. Either Moreno improves, or he has to be replaced by Yuya Kubo, who has been on a bit of a hot streak.

D.C. United has already clinched the 2022 Wooden Spoon, grabbing it from three-year holders FC Cincinnati. D.C. currently has a record of 7-6-20 and a point total of 27. D.C. has scored 34 goals and allowed 66, in comparison to FCC, who has scored 59 this season and allowed 54.

D.C.’s player with the most statistics on the season, Taxi Fountas, will not be playing in the match with him apparently not even being in the United States right now and still being under an MLS Disciplinary Review. Ola Kamara has also not been in the team squad for D.C.’s last two matches either, but if he plays, he would obviously be a major factor.

But the new player that FCC will need to contend with is Christian Benteke. He has only scored one goal in six matches but it’d be ridiculous to say he doesn’t have the skill to get hot. That is something FCC will definitely need to watch.