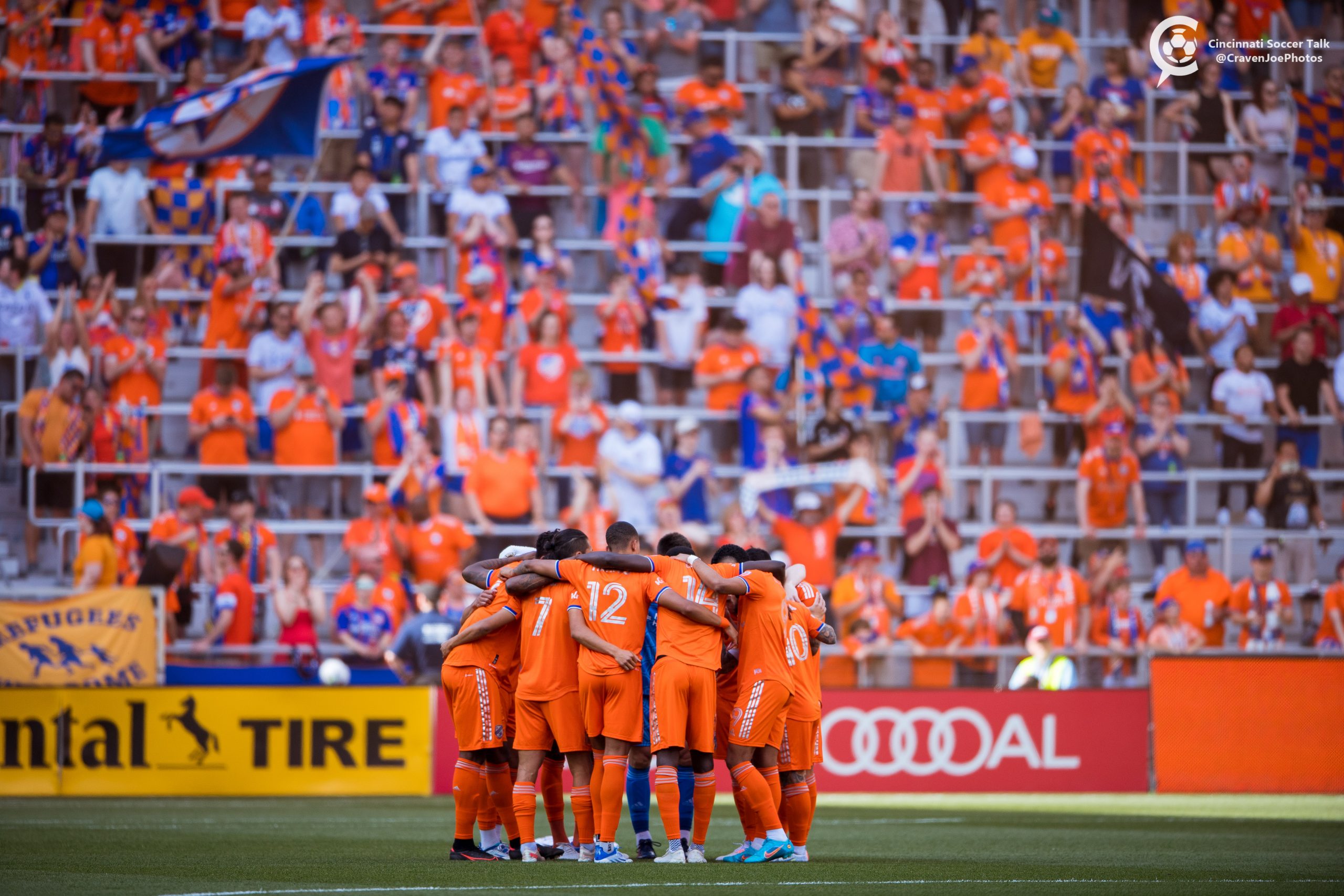 Pat Noonan’s FC Cincinnati squad will look for a fourth consecutive MLS victory Saturday when they travel to Chicago to face the Fire.

Pat Noonan’s FC Cincinnati squad will look for a fourth consecutive MLS victory Saturday when they travel to Chicago to face the Fire.

Despite the league winning streak, having taken a heavy loss (5-1) midweek in a U.S. Open Cup match at New England means FCC will be eager to get back to winning performances, even though most of that game’s starters will be back on the bench for Saturday. Noonan drew a parallel between Saturday’s game and the team’s home opener, which came after a 5-0 loss at Austin in the season opener. He said he firmly believes the team can bounce back.

“Yes, because it’s already happened. We’ve already had a result like this in our opener, and I thought the response against D.C. at home was a strong one,” Noonan said. “The result wasn’t the result we were looking for, but I liked the response, early on in the season, when we were, in a lot of ways, still figuring out who we were. We have a few more answers, a better idea of where we’re at and who we are. But I expect that we will use this as a learning tool, but also as motivation to right the wrong really quickly, because we had the opportunity to do that in a couple of days, which I think can be a good thing.”

Ezra Hendrickson’s Fire lost last weekend at Atlanta United 4-1. Low-scoring games have been a hallmark of the Fire season thus far, with four scoreless draws among their 10 results. Precocious goalkeeper Gabriel Slonina has conceded just 11 goals in 10 league matches. Some of the more familiar faces lining up in the back line to protect him include Mauricio Pineda, Miguel Angel Navarro, Wyatt Omsberg and Boris Sekulic.

Gaston Gimenez and Stanislav Ivanov lead the way in midfield while Swiss international Xherdan Shaqiri and Kacper Przybylko are fixtures in attack, but no member of the Fire has scored more than two goals this season. Former Orlando player Chris Mueller was recently added to the squad after a stint in Scotland.

For FCC, Yuya Kubo and Brenner are listed as questionable, while Calvin Harris is out with a leg injury, joining long-term absentee Ronald Matarrita on the sidelines. This means the front three should probably again consist of Luciano Acosta playing just behind forwards Dominique Badji and Brandon Vazquez. Obinna Nwobodo and Junior Moreno will set up in midfield and the cast of defenders will depend in large part on Noonan’s choice of formation and tactics for the evening.