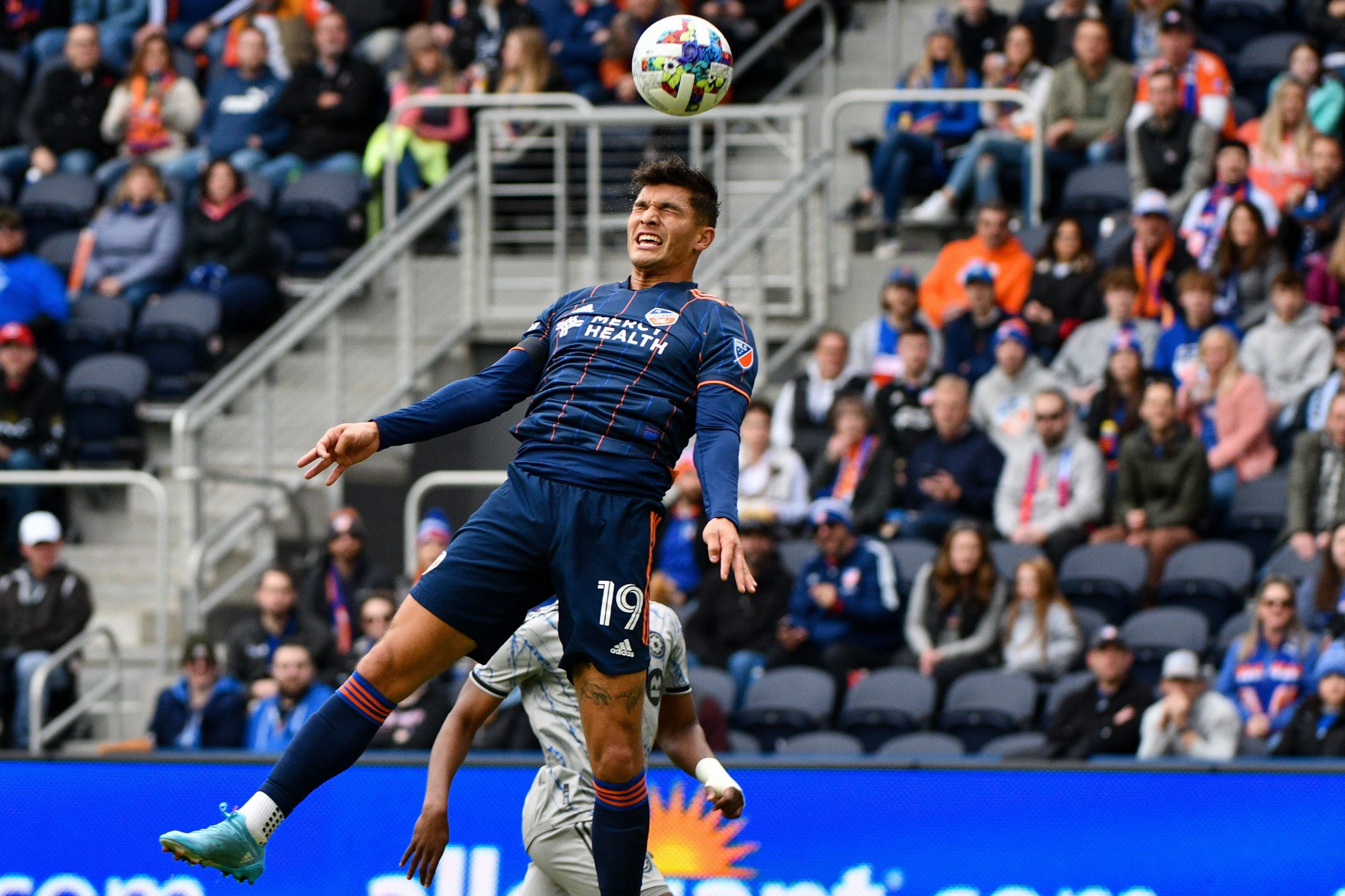 Brandon Vazquez continued his torrid scoring pace with another goal and Lucho Acosta scored his first of the season on a penalty, but some porous defending by FC Cincinnati allowed CF Montréal to take all three points with a 4-3 victory on Saturday in TQL Stadium.

“That was an inconsistent performance, from the coach down through the players,” FCC head coach Pat Noonan said. “Not a lot of us did our job. That was the result we deserved from how we played that game today. A lot of things to fix.”

Montréal limped into Saturday’s match, off to one of the worst starts in franchise history with no wins in four matches. Some of that can be attributed to a congested fixture list with the club’s participation in the CONCACAF champions league. But Montréal was able to get back on track against the home side.

“We still creating chances, but we own the defensive mistakes that lead to goals. We need to fix that,” said FCC midfielder Junior Moreno. “We need to work in training every day on those details to be a better team. Keep pushing and go forward.”

On the positive side, FCC scored three goals. On the negative side, the Orange and Blue twice conceded goals within six minutes after they scored themselves, and another within 21 minutes.

“This was our most inconsistent performance, in every phase of the game,” Noonan said.

Saturday’s match opened up quickly before 20,386 fans on a chilly afternoon in the West End.

Alvas Powell’s clinical touch in the box free him up to send the ball across goal where Montréal keeper Sebastian Breza got the first touch, but Vazquez gathered and slotted home to make it 1-0 in the 12th minute.

Montréal equalized six minutes later when some porous defending by the Orange and Blue allowed Djordje Mihailovic too much space on the edge of the box and he placed it into the far corner of the net.

“The mentality of when we score and when we concede has to improve and become more consistent,” Noonan said. “When we play with a lead, we need to understand how to better control the tempo. Not score a goal and ten seconds later concede a corner kick.”

Two minutes later, FCC regained the lead when Vazquez’s cross caromed toward goal and was inadvertently headed in by Montréal’s Alistair Johnston for an own goal making the score 2-1.

Montréal stormed ahead in the closing minutes of the first half.

Mihailovic’s second came after Yuya Kubo gave up the ball in the midfield allowing Montréal to find an equalizer in the 41st minute.

The go-ahead goal came in stoppage time from none other than former FCC expansion draft selection Kei Kamara who put the Quebecois side ahead 3-2 at halftime.

“Our defensive pressure, it took too long for us to figure out that we were dropping too deep and giving them too much time and space on the ball,” Noonan said. “Our overall urgency to get pressure to the ball for some reason wasn’t there today. There was a lot of hesitancy.”

FCC started the second half strong and found the equalizer in the 61st minute when Powell weaved through defenders before being taken down in the box. There was no hesitation from the official, and Acosta delivered on the penalty kick for his first goal of the season.

But the lead was short-lived as Joaquin Torres scored on a carom following Alec Kann’s save to put Montréal back ahead 4-3.

It was that kind of night in the West End.

On the injury front, FCC will be without defender Ronald Matarrita for a significant period of time after he suffered a 95% tear of his peroneal tendon while playing for Costa Rica. He is undergoing surgery on Monday and could miss up to three months.

Midfielder Allan Cruz also was unavailable on Saturday due to a personal matter. Montréal was without attacker Romell Quioto due to COVID-19.

Coming into Saturday’s match, the Orange and Blue FC Cincinnati had enjoyed more success against Montréal than any other MLS opponent with a 3-1-1 record.

FCC now has a two-week break from matches, and an opportunity to regroup after another tough defeat.

“It’s a game that’s kind of indicative of where we’re at, and how far we have to go,” Noonan said. “We’ll try to use it as a learning tool to be more consistent in our performances and game management. These are learning experiences for us as a group.”