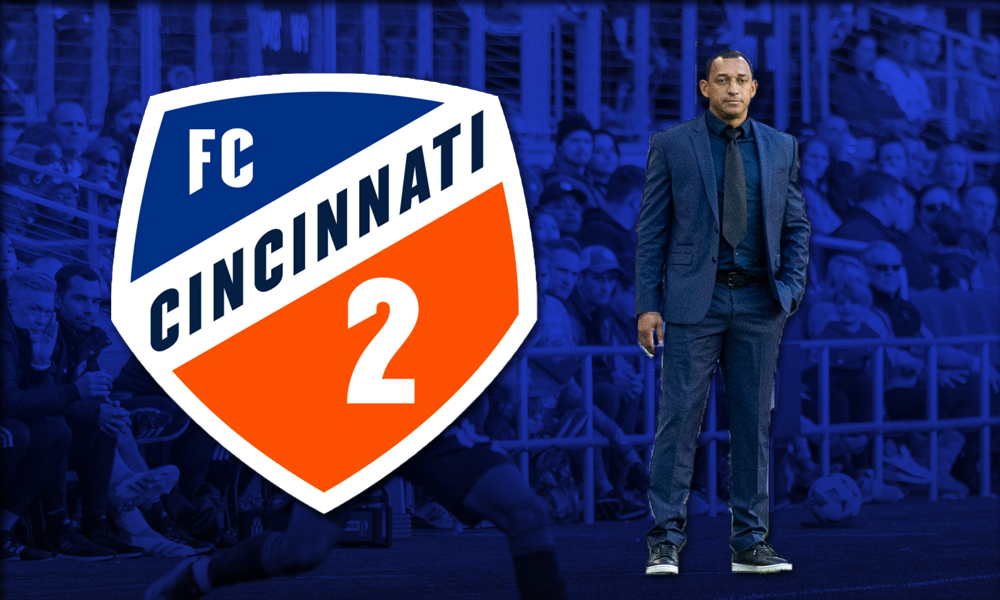 FC Cincinnati announced the formation of their MLS NEXT Pro squad, FC Cincinnati 2 on Tuesday. The club’s professional, yet development-focused squad will be led by former FCC interim head coach Tyrone Marshall.

MLS NEXT Pro is a new developmental league designed to serve as the bridge MLS academies with the first team. The league will play a 24-game schedule with an eight-club playoff. MLS NEXT Pro will sit on the “third-tier” of the US Soccer Federation (USSF) pyramid. FC Cincinnati began play as a “third division” side in their inaugural year as a member of the USL.

According to the club’s press release, the “FCC 2” will wear the newly released orange Juncta Juvant kits along with the navy-blue Dynamic Kit, with both kits will feature the FC Cincinnati 2 badge.

While the roster has also not been released, Enquirer reporter Pat Brennan did report that FCC 2 was training at MHTC on Tuesday. The teams schedule will be released on Thursday February 24th. MLS NEXT Pro matches are expected to be broadcast live via the league’s website.

Twenty MLS clubs and the Rochester Rhinos will comprise the league for the 2022 season. Eight additional MLS-affiliated teams will join MLS NEXT Pro in 2023, including: Atlanta, Austin, Charlotte, D.C., LA, LAFC, Nashville and NY Red Bulls.

MLS NEXT Pro will allow rosters of up to 35 players with 24 spots being filled by professional players. While the league is development focused, only 11 amateur players will be allowed with a maximum of five youth academy players per team on the field during an official match.

MLS NEXT Pro will not allow college registered players and amateur players must have a history with the club or a documented affiliated team. Each US MLS NEXT Pro club will be allowed seven roster slots for international players.

FC Cincinnati will likely call on current and former academy players along with college draft picks to fill their roster. While originally thought of as a U-23 league, MLS NEXT Pro will not have an age restriction.