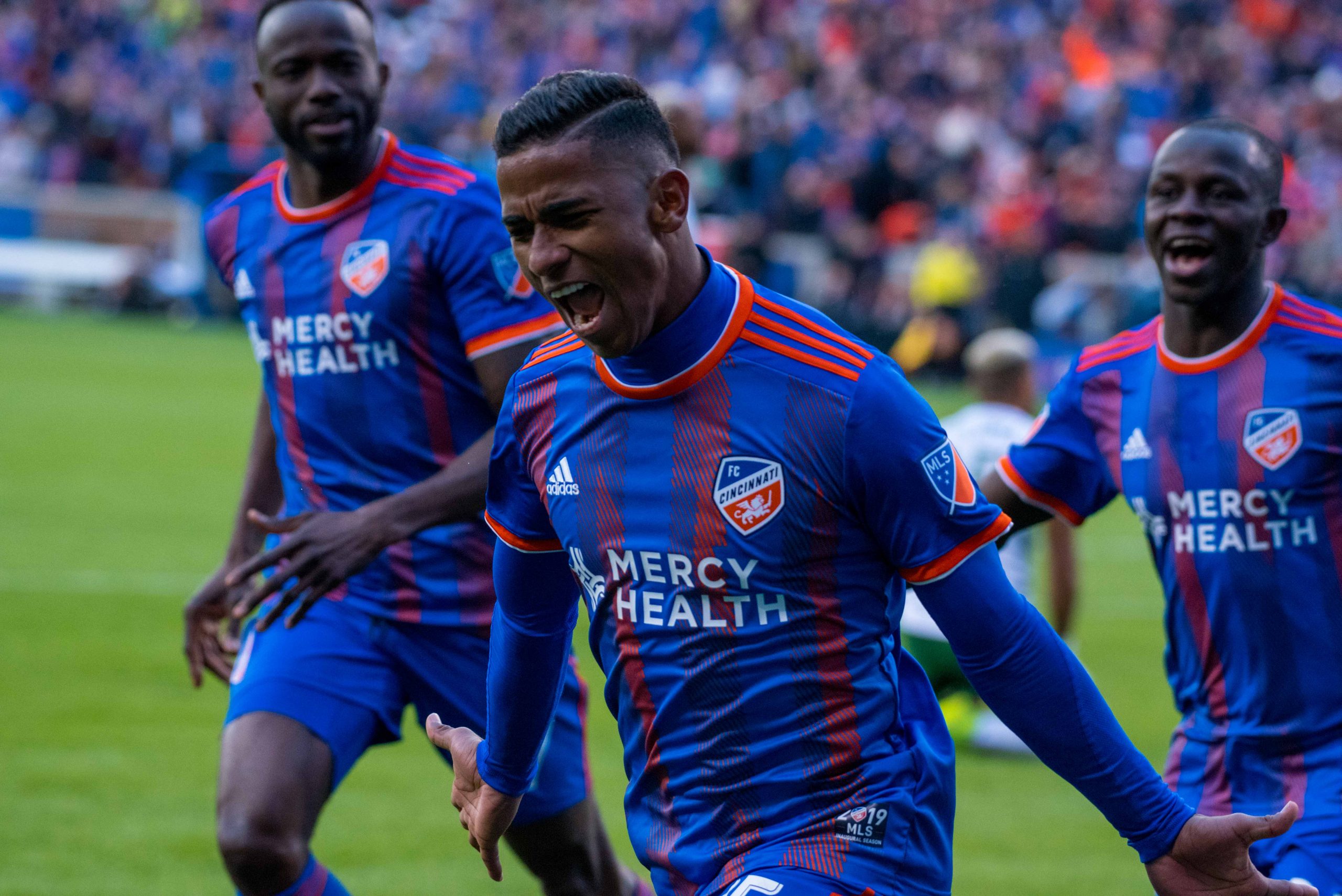 This series of articles will involve games that were considered “FC Cincinnati Classic Matches”.

This is the first piece in a new series from @GracinFCC. This series of articles will involve games that were considered “FC Cincinnati Classic Matches”. While the club is entering it’s 7th season, there have still been many exciting moments, with many more to come. Enjoy the walk through memory lane, and take in some of the greatest moments that will forever be etched in Orange and Blue.

FC Cincinnati’s first ever season in Major League Soccer didn’t exactly go to plan, but the excitement was always there. Throughout the season there were positives, despite times where it seemed like they weren’t there. One of these was the home opener against the Portland Timbers. Today, it remains the biggest win for the club in MLS, and will never be forgotten among fans.

The build-up to this game was huge. The club would finally be able to showcase themselves at home on the biggest stage of soccer in the United States. Nippert Stadium was completely sold out, surpassing the limit for soccer, with a capacity of 32,250.

The club was winless in their two matches before, losing 4-1 at Seattle, and drawing the defending champions Atlanta United 1-1. Times were still looking good though, as the players were ready to impress the league.

As match preparation loomed on, the anthem played, and the players walked out. Cincinnati was welcoming Major League Soccer in the city for the first time in history. The Bailey are in full force, and it’s bound to be an entertaining match.

The match gets underway, and the Orange and Blue are attacking right from the very start. In the 1st minute of the match, Kekuta Manneh gets away from Bill Tuiloma, passing the ball out to Allan Cruz, who sends a cross into Fanendo Adi, but his header flies just over the bar.

In the early minutes, Alan Koch’s team was lively, but couldn’t put the ball in the back of the net yet. At the 12th minute, a corner was put in, however it couldn’t be converted. After two free kicks, Leo Bertone is set up outside of the box.

He runs up, and puts a pinpoint pass into Kendall Waston, who scores the first home goal in the club’s MLS history. The entire stadium erupts, and the Portland Timbers go down early in the match. Things would only get better and better.

A couple missed opportunities and an attempted Kendall Waston brace still put the club up 1-0 at halftime, things were looking promising. The setup throughout the half was structurally sound, and the defense was on point. The midfield of Leo Bertone and Victor Ulloa was productive, and the attackers were putting a satisfactory amount of attempts on goal.

Fanendo Adi kicks off for the second half, and instantly the intensity is back, and even better than before. Throughout the minutes of the game, the attack was continuing to be productive, and it would pay off.

Roland Lamah put a ball into Darren Mattocks that was close to being offside, however, the ball was put back in for Lamah, who took a shot. The shot deflected off of Tuiloma to Allan Cruz, who put the ball in the back of the net through a cheeky backheel.

The Bailey was absolutely flying, and the entire team surrounded Cruz at the corner flag. FC Cincinnati now doubled the scoreline, and was looking even more sound. The Portland Timbers were looking more and more depleted, and the club wouldn’t stop.

The attacks kept coming in, and the Orange and Blue were continuing their dominance. Victor Ulloa took a touch to chip the ball over Tuiloma and skipped into the right side, however his cross in for Allan Cruz was too high. Darren Mattocks recovered the ball, and crossed it in for Mathieu Deplagne who scored the goal for 3-0.

Less than three minutes after the second goal from Cruz, the deficit became even higher, and Portland succumbed to 3-0. As things proceeded, the club kept the attacks going, but were more comfortable with the scoreline.

The full-time whistle sounded, and a match finished that will never be forgotten in the club’s history. Through goals from Kendall Waston, Alan Cruz, and Mathieu Deplagne, a 3-0 win was succeeded over the Portland Timbers.

Alan Koch’s FC Cincinnati side showed the league a glimpse of what the club can be, and what they are when they’re at their very best. For the rest of the week, a tangible buzz was in Cincinnati, and a new era was underway in the most perfect of starts.