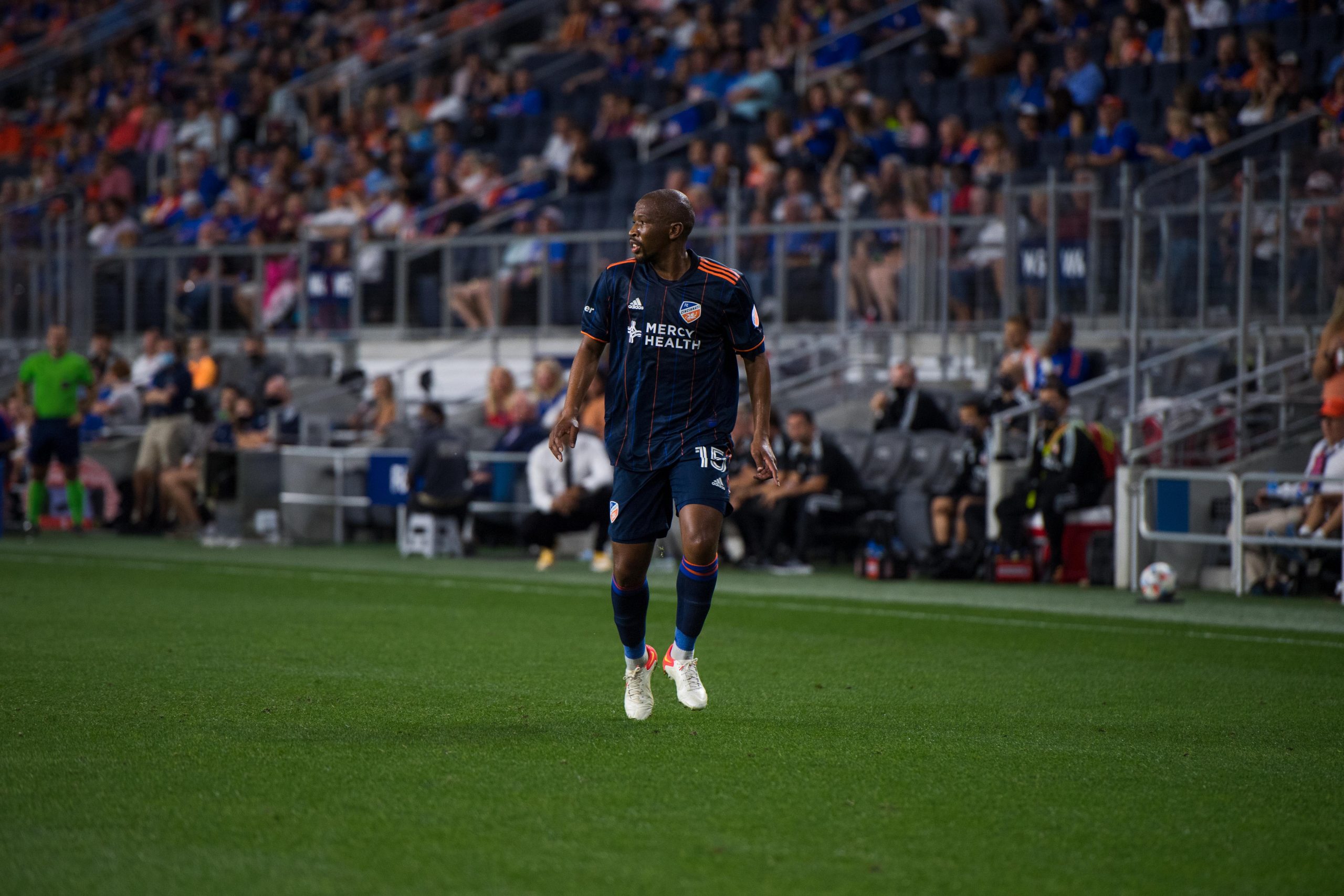 FC Cincinnati will no longer have Kamohelo Mokotjo for the 2022 season. According to a press release, the club exercised their one offseason buyout of a guaranteed contract on the midfielder.

Kamo will no longer occupy a spot on the team’s roster or count against the 2022 salary budget. He arrived in August of 2020 after three seasons with Brentford who were in the English Championship. Mokotjo made 22 appearances for the Orange and Blue, including 10 starts over parts of two seasons.

His arrival was meant to add solidity into a troubled midfield but only brought more issues as the South African had issues adjusting to his new league. Injuries briefly plagued Kamo, but more so the refusal of former coach Jaap Stam to play Mokotjo. The former Bafana Bafana midfielder seemed to be a step slow during his time and had issues finding match fitness.

Reports surfaced on Monday that Mokotjo was trialing at another former club FC Twente of the Dutch Eredivisie. Former FC Cincinnati head coach Ron Jans is the current manager of The Tukkers.

The offseason buyout mechanism allows Cincinnati to clear a valuable international spot and approx. $1,000,000 off its roster budget for use. GM Chris Albright will now have 3-4 senior roster spots to fill depending the status of fellow midfielder Kyle Scott.

Cincinnati should have a large amount of cap space and xAM to go out and make some high profile additions for the upcoming season. FCC opens their campaign in 5 weeks, but have until May 4th to make additions. The formal FIFA registration period opens on February 10th.