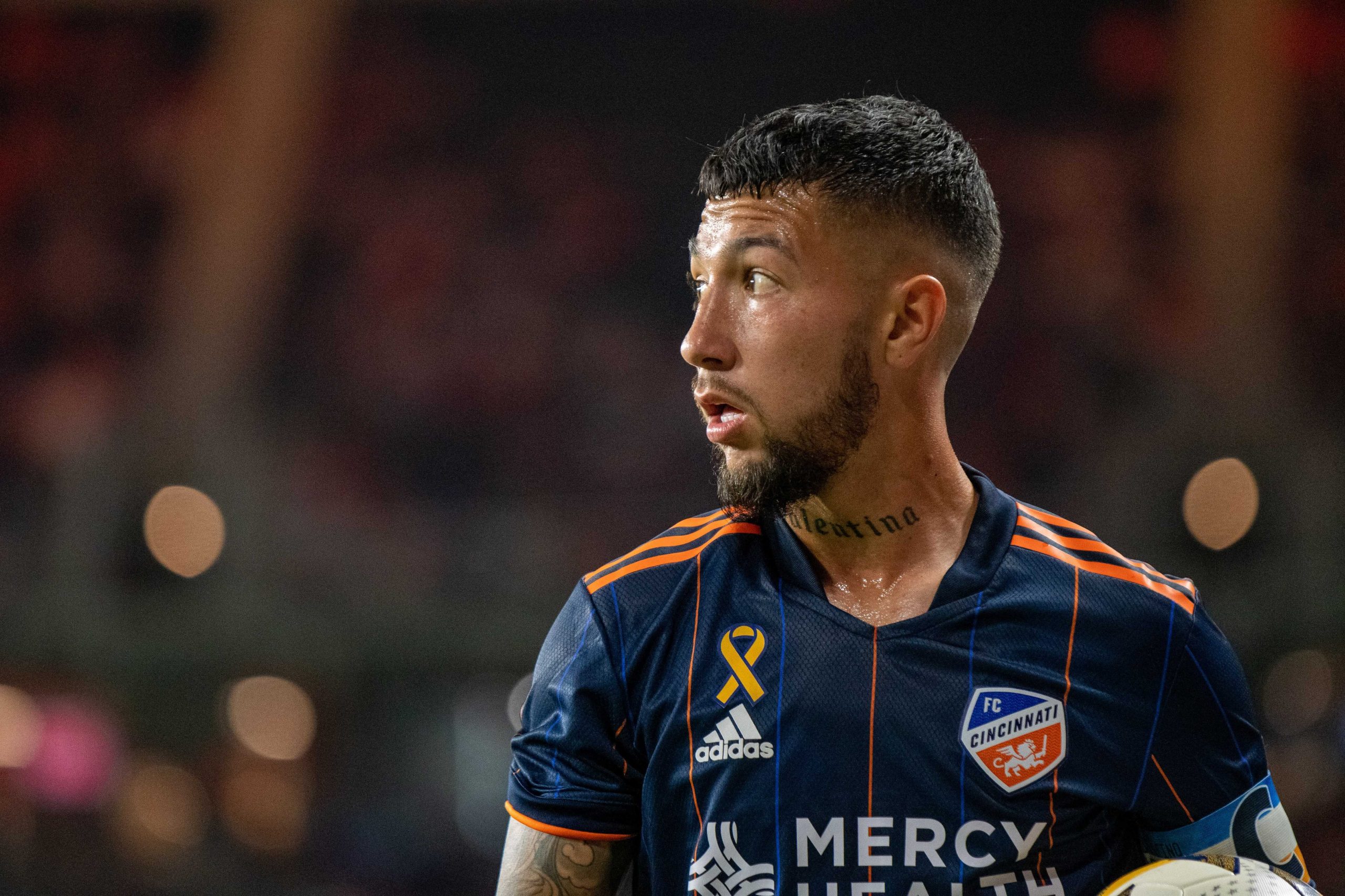 CST analyst Nate Gilman analyses Lucho Acosta’s performance against the Union over the weekend and how it could mean well for his future.

As FC Cincinnati was eliminated from playoff contention on Saturday night, the attention of sports fans in the Queen City seems to be firmly fixed on either the legitimately good Bearcats or the maybe-they’re-also-actually-good Bengals or both. However, the performance of FC Cincinnati captain Luciano Acosta against the Philadelphia Union should not be overlooked. On an otherwise forgettable night, Acosta dominated the match for the Orange and Blue, demonstrating how valuable he can be and reminding us how much worse, and boring, FCC’s 2021 campaign would have been without him.

Against Philadelphia, Acosta pushed FCC forward. According to Football Reference Acosta moved the ball at least five yards closer to Philadelphia’s goal 18 of the 70 times he controlled it. When he wasn’t dribbling forward, Acosta was finding teammates further up the field. Of his 71 completed passes on the night, 14 were progressive passes. Acosta either passed the ball to a teammate or dribbled into the attacking third of the field a team-high 14 times against Philadelphia. 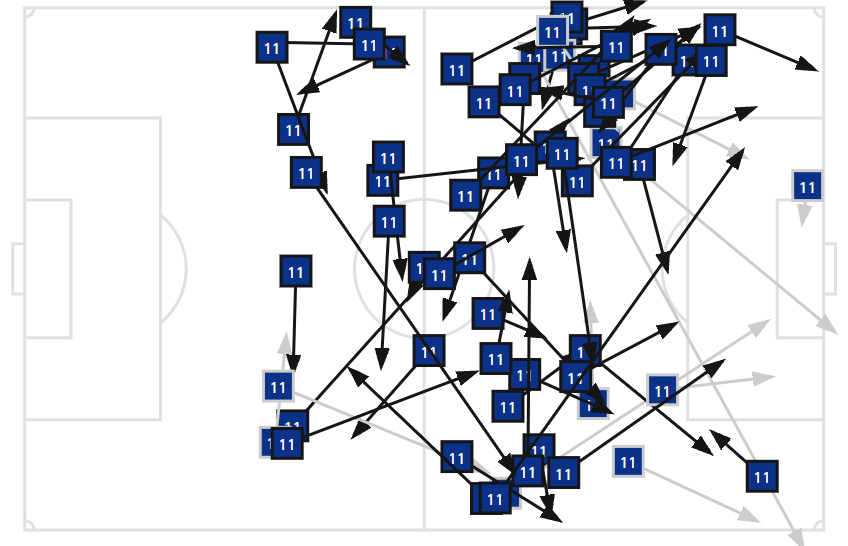 With Haris Medunjanin, who completed nine passes into the final third himself, playing behind him, Acosta found space to receive the ball in forward spaces as well. According to MLS Soccer, Medunjanin and Acosta both passed to each other 10 times during the match. In turn, Acosta and Brenner combined for 37 total passes between themselves. MLS Soccer’s pass map shows Acosta operating more as an attacking midfielder than in recent matches, linking play between midfield and attack. 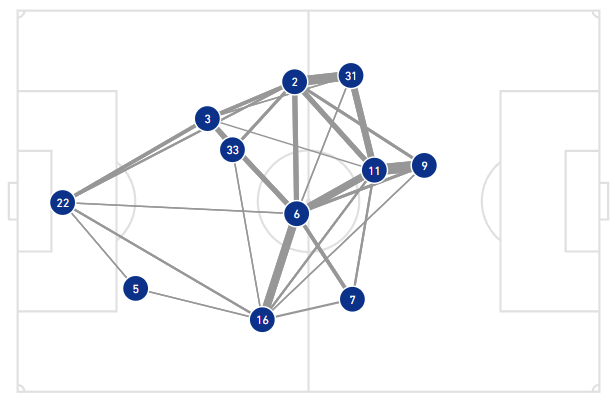 The last piece of the puzzle is getting Acosta on the ball in more dangerous areas. Acosta tied for the team lead in progressive passes received with 13, but as is clear when looking at his touch map, many of those touches in the final third were out wide. Granted, FCC enjoyed success against Philadelphia operating on the left-wing and in the left channel where Acosta, Brenner and Barreal could combine. However, consistently threatening in possession requires getting the ball into dangerous areas. FCC struggled to get the ball into “Zone 14,” the central area on just outside the penalty area. Upping touches in that area of the field would go a long way in helping the Orange and Blue score more goals. 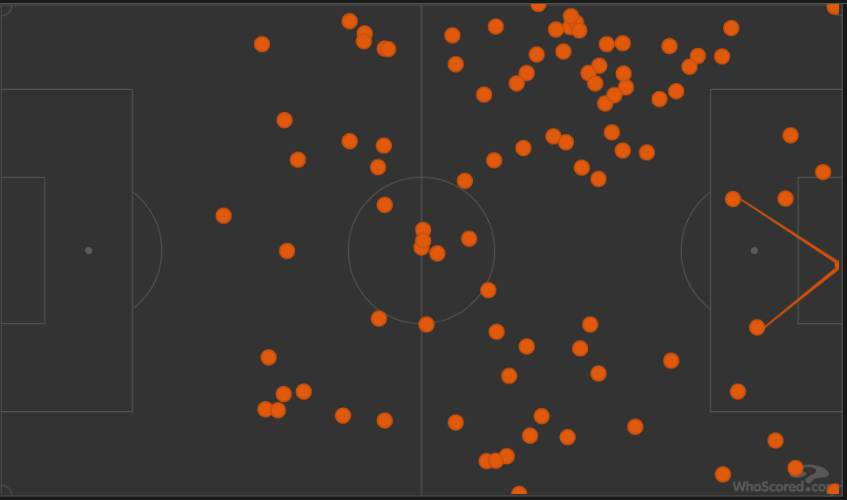 Saturday’s match shows a key area new General Manager Chris Albright and whoever FCC’s next head coach is will have to address, either with tactical changes or new additions. Adding a reliable ball progressor to operate deeper in midfield so Acosta doesn’t have to move the ball into the final third himself seems like a good fit. Another option might be adding a playmaking winger who is comfortable drifting to interchange with Acosta at the top of the box to either play or receive the final ball of the attack. If that’s Tyrone Marshall’s plan for Yuya Kubo returning to the attack, let’s hope the knock he sustained on Saturday doesn’t keep him out too long so we can get a look at how it works.

Building a team to emphasize Acosta’s strengths and minimize his weaknesses should be a main priority of Albright’s first offseason in charge. Acosta’s effort (oh yeah, he led the team in pressures on Saturday night too) shouldn’t be questioned even in this disappointing season. I know I’ll be watching to see what Acosta can do in the remaining matches of 2021. With a couple of savvy offseason moves, I’ll probably be thinking about what else he can bring next season too.